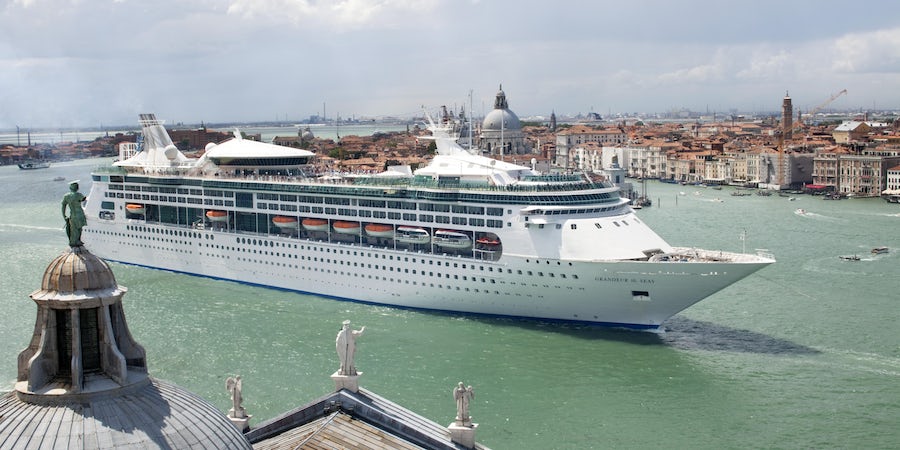 Grandeur of the Seas to Remain in Royal Caribbean Cruise Fleet

(12 p.m. EDT) -- Royal Caribbean has confirmed that the 1996-built Grandeur of the Seas will remain a part of the company's cruise fleet.

The Vision Class ship, affectionately known as "Lady G" by Cruise Critic members and fans around the world, was originally scheduled to move over to Spanish subsidiary Pullmantur in the spring. Those plans were thrown into doubt in June with the collapse of Pullmantur and the sale and subsequent scrapping of most of its fleet.

Grandeur of the Seas will now remain a part of the Royal Caribbean fleet, though it is currently unknown if the ship will remain in its homeport of Baltimore into April 2021. Sister-ship Enchantment of the Seas was due to take over from Grandeur in Baltimore following Grandeur's last scheduled sailing on March 26, 2021.

"Grandeur of the Seas will remain as a part of our Royal Caribbean International fleet," notes Royal Caribbean in a statement to travel agents. "Once we have more information, we'll be sure to share the details and look forward to many more memories to be made sailing on her!"

Cruise Critic's own members reacted enthusiastically to the changes, particularly after controversy surrounding whether Empress of the Seas and Monarch of the Seas would remain a part of the Royal Caribbean fleet.

"That's good news!" writes djjoe on a thread discussing the future of the vessel. "I just did a rough count, it"s over 30 cruises aboard Grandeur for us. I know folks that have done many times that amount. It doesn"t matter, 3 or 30, it"s a great ship with the best crew and officers in the fleet."

"Finally, Royal did not wait till the last minute to release information," writes WeMissSeaView.

"Oh my fond memories of the old Lady Grandeur," writes Germancruiser. "My very first big ship - in those days called a " Megaliner"- when she just came out! They still called our sailing 'Inaugural Season'!"

Itineraries aboard Grandeur of the Seas are still bookable up to the vessel's March 26, 2021 departure from Baltimore on an eight-day "Southeast Coast and Perfect Day" itinerary. Information on future sailings is still forthcoming from Royal Caribbean.