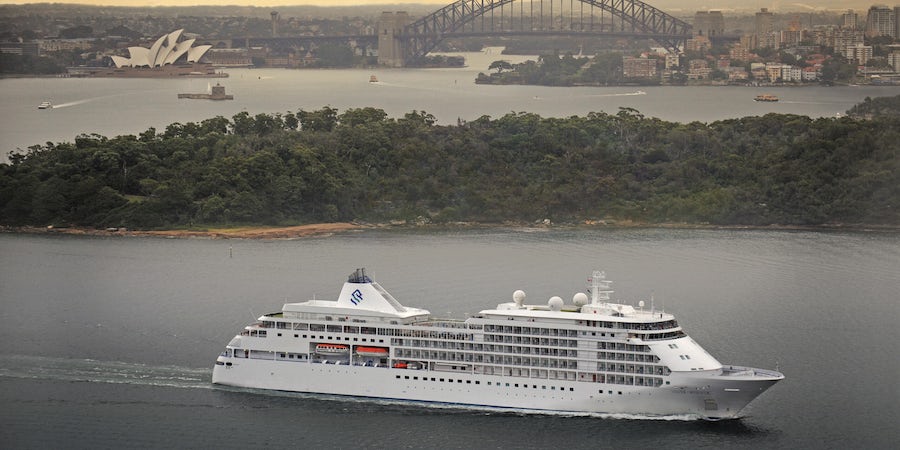 What Is Happening with 2021 World Cruises?

(Updated 4:44 p.m. EDT) -- With the travel and cruise industries in a state of limbo because of the global COVID-19 health pandemic, one of cruising's time-honored traditions is at risk of not happening next year.

World cruises are often seen as the pinnacle of all voyages. These massive, months-long journeys, which span multiple continents and visit ports both well-known and obscure,  typically sell out years in advance, and are some of the costliest -- and most comprehensive -- journeys afloat. Expect to pay between $25,000 and $100,000 per passenger depending on the line and cabin category.

In the COVID era, world cruises for the 2021 season face an uncertain future. These voyages typically start in January and end in the springtime. With just a few months left in 2020 and continued border closures and restrictions around the world -- not to mention most cruise lines in a voluntary pause from North American ports of call through at least October 31 -- many Cruise Critic members are starting to wonder what will become of their future world cruise departures.

"I have now had three cruises cancel including December cruises on Crystal Serenity," writes mpclaw on a thread discussing Crystal's 2021 world cruise. "And supposedly all is well and good come January 5, 2021? Just does not add up that other countries and even ports in the US, like San Diego, and Oahu are going to allow a cruise ship to dock. And then on to Australia?"

"We currently hold reservations for 3 segments, LA-Tokyo," ryndam writes on the same thread.  "According to our latest documents, final payment is due 8/24/20. I've sent a note to our TA asking if this final payment date remains valid. IMHO, the chance of WC 2021 actually sailing is zero."

Which Cruise Lines Have Canceled Their 2021 World Cruises

Several cruise lines have already pulled the plug on their 2021 world cruises amid uncertainty about port closures, travel restrictions and the global spread of COVID-19.

In extending its voluntary suspension of operations further, P&O Cruises announced it would scrub Arcadia's 2021 world cruise, which was due to depart in January.

Another U.K.-based operator, Fred. Olsen Cruises, canceled its Grand Voyage and all associated segments that were due to operate onboard the 853-passenger Boudicca through March 2021. The line since has announced it will retire Boudicca, along with Black Watch.

Meanwhile, Cunard Line scrubbed its two 2021 world cruises set to depart this coming January. In announcing its latest service suspension on August 25, which will take the line well into 2021, it announced it would cancel the world cruises set to depart onboard Queen Mary 2 and Queen Victoria next year. However, Cunard tempered this news with the announcement that Queen Mary 2 would embark on a classic world cruise in early 2022.

Holland America Line has also pulled the plug on its 2021 Grand World Voyage set to depart in January aboard the 1,380-passenger Amsterdam, which was sold in July to Fred. Olsen Cruises. It has been postponed to 2022, where it will operate aboard Zaandam.

On August 25, as this article was published, Princess Cruises announced it would cancel the 2021 world cruises aboard Island and Pacific Princess, including all related segments. The 2021 world cruise aboard Sea Princess, departing in late-May, is currently unaffected.

Luxury line Seabourn also canceled its 2021 world cruise during its last suspension of cruising update. The 458-passenger Seabourn Sojourn was meant to spend 140 days sailing from Miami to Barcelona between January 3 and May 24, 2021. A replacement voyage has not yet been announced by the line.

While Regent Seven Seas' 117-night world cruise from Miami to Barcelona on January 5, 2021 hasn't been canceled, eagle-eyed Cruise Critic members noted the voyage has been waitlisted.

"The day after Seabourn canceled their 2021 World Cruise, Seven Seas Mariner World Cruise (along with remainder of 2020 South America) went waitlist in advance of cancellation," mrlevin writes on the Regent forum.

Which Cruise Lines Are Still Going Ahead -- For Now

Although Crystal Cruises has extended its voluntary pause in operations through the end of 2020, its 139-night voyage from Miami to Dover aboard Crystal Serenity is still slated to go ahead at this time.

Silversea also still has its world cruise aboard Silver Whisper, dubbed "The Finest World Tour", due to set sail from Fort Lauderdale on January 7, 2021.

Princess Cruises' 2,000-passenger Sea Princess is also slated to operate a world cruise in the North American summer of 2021, departing roundtrip Auckland on May 30; roundtrip Sydney on June 3; and roundtrip Brisbane on June 5, 2021.

Perhaps the most ambitious voyage currently still scheduled to operate comes from Oceania Cruises, which is sending its 698-passenger Insignia on the line's signature "Around the World in 180 Days" voyage that departs January 9, 2021 and is scheduled to end on July 9.

Viking Cruises is also planning a late-year world cruise in 2021, though this sailing has a better chance of operating as it does not depart until December 24, 2021. Sailing from Fort Lauderdale to London, Viking's 2021-2022 world cruise will take place aboard Viking Star.

The Future Looks Brighter in 2022

Fortunately, the future for world cruise lovers looks significantly brighter for 2022, with several cruise lines unveiling their longest voyages and opening them for booking ahead of schedule.

Holland America Line recently announced its 2022 Grand World Voyage, which will span 128 days and visit 50 ports in 27 countries. Sailing aboard the 1,432-passenger Zaandam from Fort Lauderdale on January 3, 2022, the ship will sail westward to offer overnight calls in nine ports; late-night departures in 10 ports; and scenic cruising along the Amazon River and transits of both the Panama and Suez canals. The voyage was originally scheduled to depart in 2021.

Like Holland America's Grand World Voyage, other lines are electing to simply move their 2021 World Cruises into the following year.

Luxury line Silversea has moved its first-ever all-expedition World Cruise, which was scheduled to take place aboard Silver Cloud in January 2021, to depart January 25, 2022. Silver Cloud will keep the same itinerary as previously announced, traveling from Ushuaia, Argentina, to Tromso, Norway, over the course of 167 days.

Another luxury operator, Crystal Cruises, also has its bookings for 2022 open, and even its world cruise for 2023. Crystal Serenity sets sail roundtrip from Miami on January 17, 2022 on a 117-day voyage, with the option to sail 117 days from Los Angeles roundtrip on February 2, 2022.

Oceania returns in 2022 with its immensely popular "Around the World in 180 Days" voyage, while Princess Cruises has made its 2022 World Cruises aboard Island Princess from Los Angeles and Fort Lauderdale available for booking.

Cunard, meanwhile, announced it will now send its flagship, Queen Mary 2, on a new world cruise in 2022. At 118 nights in length, Queen Mary 2 sails roundtrip from New York on January 3, 2022 to Australia via the Suez Canal. Bookings for this new voyage open September 8, 2020.

What Does the Future Hold for World Cruises?

Though these signature voyages may be difficult to operate in the interim due to the ongoing global health crisis, they will no doubt still hold interest for cruisers looking to see large swaths of the world, particularly once the pandemic passes. Until then, shorter segment voyages may be more popular, or sailings on increasingly small ships.