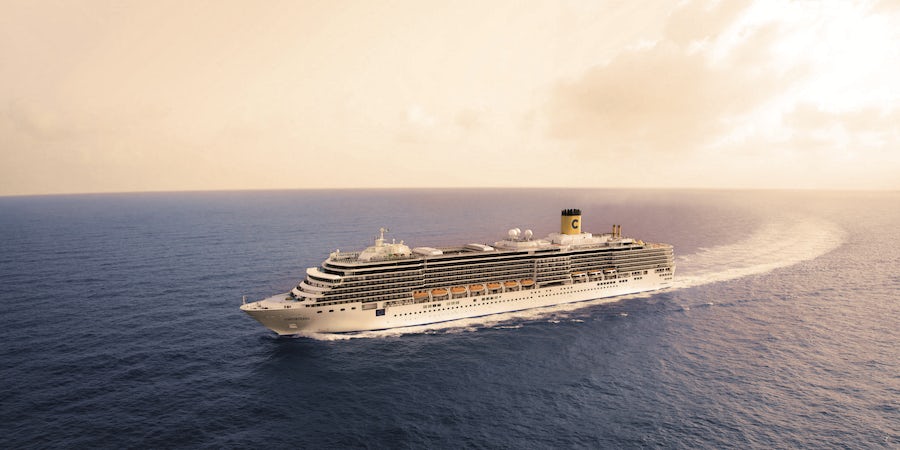 Costa Cruises Will Require COVID-19 Tests For All Passengers

(10:15 a.m. EDT) -- When Costa Cruises resumes cruising September 6, the company will require all passengers to take a COVID-19 test at the terminal before embarking.

The move, which mirrors what fellow European line MSC Cruises requires for passengers, is a health protocol that is quickly being adopted by cruise lines returning to service. MSC Grandiosa returned to service last week, with no COVID-19 outbreaks onboard.

As announced, Costa Cruises will begin sailing with Italian passengers only, on Costa Deliziosa, on weeklong cruises departing from Trieste that only visit Italian ports. All passengers will receive the antigen COVID-19 swab tests when they embark. If any tests come back positive, passengers will be flagged for a second PCR test.

The announcement of the swab tests is the first from a line owned by Carnival Corporation & plc. The global cruise company owns the German line, AIDA, which is also poised to resume sailings on September 6. AIDA is reviewing swab testing of its passengers, according to a spokesman for the cruise line.

So far, the COVID-19 tests in the terminal have caught positive cases. For MSC Grandiosa's second voyage, which left Sunday from Genoa, a young man tested positive on both the antigen test and the follow-up PCR test. As a result, he and his party, as well as other people who had traveled in Genoa in a van together -- 15 people in all -- were denied boarding.

The abundance of caution might seem strict, but MSC Cruises says the protocols produce results: All passengers who went ashore in Malta on the ship's first voyage took mandatory tests to return back to Italy. All tested negative.

Costa's other health and safety protocols include mask wearing in public places onboard, social distancing, limits on venue capacity, smart phone menus and dining restrictions that limit you to sitting only with the people in your party.

Costa is also following MSC, in only allowing passengers to take company-sponsored shore excursions, to keep the protective "bubble" intact. (MSC refused reboarding to a family last week that left their group and explored ashore on their own.)

Costa Deliziosa's return will be followed September 19 by Costa Diadema, which will also make week-long sailings to Italian-only ports. The line has suspended other cruises through September 30.

On-site testing for COVID-19, also known as "rapid testing," is something that other major cruise lines are eyeing to see if it will work in the U.S.

The idea is being reinforced by testing requirements imposed by popular cruise destinations. Most Caribbean nations and islands already require travelers to present a negative COVID-19 test before arrival. Turnaround times on a weeklong cruise would require passengers to take the tests while onboard.

Rapid testing might also have prevented a passenger with a positive test from boarding Wilderness Adventurer in Alaska, UnCruise Adventures President and CEO Dan Blanchard has said. Although the passenger tested negative later, a rapid test would have caught the passenger at the airport before getting on the ship, and thus salvaging the cruise for the other guests.