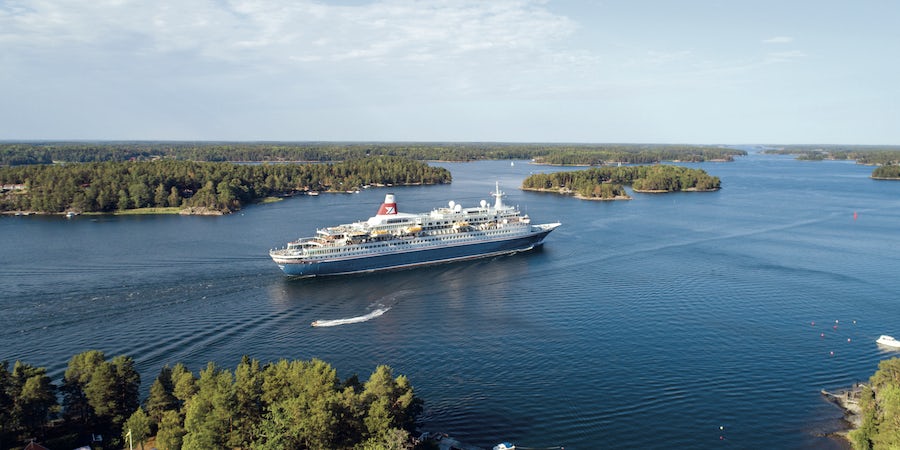 (6:30 p.m. BST) -- While Fred. Olsen Cruise Line fans received good news that the line has two new ships -- Bolette and Borealis, acquired in July from Holland America Line -- Cruise Critic members have been posting fond remembrances of Black Watch and Boudicca, which will be leaving service.

Black Watch and Boudicca are something of an anomaly in the cruising sphere. Built in the early 1970's for the legendary Royal Viking Line, the two sisters have been together for much of their service careers. They are ships that have aged gracefully, and which continue to court a loyal following among cruisers, nearly 50 years after their initial debut.

At 49 and 46 years old, respectively, both ships are approaching the end of their service careers. Older vessels are costly to maintain and with the COVID-19 pandemic continuing to depress the market for so-called "secondhand tonnage" (ships that are sold to another cruise line for further trading), the sad but undeniable fact remains that this could be the final curtain for both ships.

Fred. Olsen has prepared a "virtual voyage" this week on the company's Facebook page, and Cruise Critic readers have taken to the message boards to share their remembrances of these two "grand dames" of the sea.

"Both vessels have served us very well over the years and we know they are dearly loved by many of our guests," the line said in an email to booked passengers.

Black Watch has been a part of the Fred. Olsen fleet since 1996, while Boudicca joined in 2005. Prized for their small size and ability to sail to ports and places that are off-limits to larger vessels, Fred. Olsen readers on Cruise Critic's own message boards share their fondest memories of these two vessels.

"It is sad," writes Britboys. "I was looking forward to sailing Boudicca next year. They are beautiful ships, more akin to ocean liners than cruise ships."

"If I had to guess, I don't think Boudicca and Black Watch are long for the world, sadly," writes ShipsAreTheBest. "I know their pedigree and that they have been well maintained, but the reality is they are closing in on 50 years of age. Amsterdam is nearly 30 years younger! Fred. Olsen is certainly taking advantage of a unique opportunity with this purchase. "

"Sunward with NCL was my first cruise," writes coaster. "I can only think back with fondness when NCL was owned by Knut Kloster and the ships actually had a Norwegian influence. It is just in name only now. No more Viking nights in the MDR or Norwegian beer available onboard. These ships are almost 50 years old now and will outlast most of the newer builds today.  I am glad I was able to sail one of these ships in the 90's along with the SS France/Norway who Knut Kloster saved and preserved."

Share your memories of Black Watch and Boudicca on our Fred. Olsen forum.