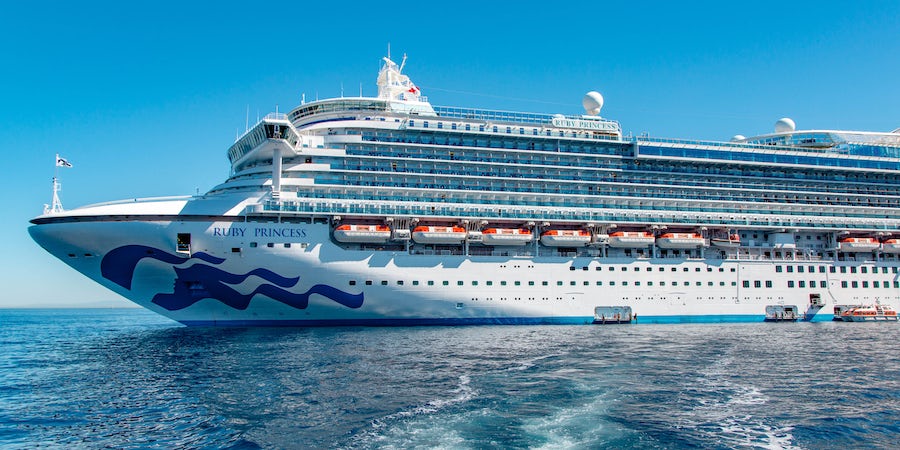 (Updated 10:55 a.m. EDT) -- Princess Cruises has been largely exonerated by the New South Wales (NSW) government in Australia in a report into the handling of the Ruby Princess disembarkation in Sydney on March 19.

The report, issued on August 14 by Commissioner Brett Walker, found a litany of "serious mistakes" were made by NSW Health including the failure to follow the agency's own guidelines set forth on coronavirus transmission.

It also found a failure to notify the ship of changing testing criteria for COVID-19; failure to ensure test swabs were collected and processed in a timely manner; numerous communications errors involving allowing international passengers to fly home; and the failure to ensure potentially ill passengers were isolated in their cabins upon arrival into Sydney.

The report found that neither Princess nor the crew onboard Ruby Princess misled local authorities.

"None of our people - the Captain, the ship's doctor, or members of our shore side port agency team - misled public authorities involved in Ruby Princess being permitted to disembark guests," said Princess Cruises in a statement.

"In our more than 20 years in Australia we have always sought to cooperate honestly and professionally with officials in accordance with the regulatory environment."

All 2,700 passengers onboard the ship's March 8 sailing were allowed to disembark in Sydney without sufficient health screenings, despite the fact that more than 100 passengers presented flu-like symptoms.

More than 875 passengers and crew later tested positive for COVID-19, and 28 people died. However, only 34 cases of local community transmission in Australia were tied to the vessel. The report states the true amount of COVID-19 infection onboard "may never be known" due to the inability to track COVID transmission among international passengers.

At the time, the situation was so serious that it led to the Australian government launching an unprecedented

The report found that NSW Health did not communicate changes in testing protocol for COVID-19 that were issued on March 10, nine days before the ship docked in Sydney, with the onboard team aboard Ruby Princess. Those guidelines called for the testing of anyone exhibiting flu-like symptoms. Approximately 120 passengers met that criteria on the morning the ship docked.

"NSW Health should have ensured that cruise ships were aware of the change to the definition of a "suspect case" for COVID-19 made on 10 March," states the report. "This would have resulted in the identification of such cases on the Ruby Princess. 101 persons fell within the suspect case definition by 18 March, and 120 by the time the ship docked. NSW Health should also have ensured that such persons were isolated in cabins. These were serious mistakes by NSW Health."

An expert panel of professionals from NSW Health were also criticized for labeling Ruby Princess as "low risk", an action the report slammed as "inexplicable as it is unjustifiable." The report also indicates that even Carnival employees, "were actually surprised by the decision to allow disembarkation without further ado."

The communication issues stretched back to the vessel's arrival on March 8, when the Port Authority had not been informed that NSW Health would be conducting a health inspection onboard the vessel and would delay its departure.

"The Port Authority had not been privy to any earlier information regarding the "medium risk" assessment and the ship's Human Health Report lodged via the Department of Agriculture, Water and the Environment's Maritime Arrivals Reporting System (MARS)," states the report.

That Port Authority official would try for the remainder of the following week to get information from health authorities on the situation aboard Ruby Princess. All passengers tested by NSW Health on March 8 came back negative for the presence of COVID-19.

Captain's Declaration of March 8 Was Honest

"It is understandably of concern to Carnival that there are multiple assertions in the evidence before the Commission that the Commodore (of Ruby Princess) knowingly gave a false answer to the Port Authority's biosecurity questionnaire of 8 March 2020," stated the report. "The relevant question read: "Are there any crew members showing symptoms of the novel coronavirus on-board or are there any ill passengers or crew on board?" The Commodore answered "No"."

The report found that the question was too ambiguous given the knowledge of COVID-19 at the time and did not specify confirmed cases of COVID-19. The Captain, whose first language is Italian, admitted having misunderstood the question and apologized. The report notes the "Commissioner does not consider that the evidence indicates dishonesty by the Commodore and makes no adverse findings in this regard."

The report laid some blame on the Australian Border Force, which incorrectly informed passengers the 14-day isolation period would commence from the date that Ruby Princess left its last foreign port of call -- March 15 in Napier, New Zealand -- and not from its arrival into Sydney harbour.

An email provided to passengers by NSW Health at 10:46 am on March 20 incorrectly indicated that passengers were free to travel home. That directive wasn't corrected until the evening of the following day.

"It was at that stage too late to prevent a considerable number of interstate and international passengers from onward travelling, including some passengers who were symptomatic during transit." That left it up to Qantas and Virgin Australia to independently decide to prohibit Ruby Princess passengers from traveling homeward.

also exonerates the doctor onboard Ruby Princess, noting that her answers were "truthful" and that "no criticism is made" of the lack of availability of COVID-19 swab tests aboard the March 8 voyage of Ruby Princess.

The report did, however, place some blame on Princess Cruises and Carnival Australia:

"Carnival should have ensured that the Doctor was made aware of the change to the CDNA (Communicable Diseases Network of Australia) "suspect case" definition on 10 March 2020," states the report, though earlier admitting that NSW Health failed to communicate this change to the vessel. "They should also have ensured that passengers and crew aboard the Ruby Princess were informed that there were suspect cases of COVID-19 on board. Those persons meeting the definition of a suspect case should have been required to isolate in their cabins."

The CDNA would publish three separate versions of its guidance on handling COVID-19 outbreaks between the time Ruby Princess sailed on March 8 and its arrival in Sydney on March 19. Between February and March, a total of 21 different advisories were issued by the CDNA.

When Ruby Princess set sail, countries recognized as high risk by the CDNA included China, Iran, Italy and South Korea (higher risk) and Cambodia, Hong Kong and Indonesia. On March 10, two days after the ship sailed from Sydney, that guidance was expanded to include "all international travel". This information was never passed on to the ship.

The report also criticized Carnival Australia for not having adequate COVID-19 test swabs onboard the March 8 voyage of Ruby Princess.

Passengers, Crew Not to Blame

On the subject of whether passengers and crew subverted local health authorities with misleading information in order to be allowed to transit outbound from Australia, the Commission found that no evidence existed to support that.

"There was no inkling of any such sentiment in the evidence and other material about the feeling and opinions of the Ruby Princess passengers themselves," the report explains. "Rather, many of them voiced the decent regret that they may have unwittingly contributed to the spread of infection."

NSW Premier Gladys Berejiklian stated she would read the report's findings over the weekend. The NSW Police investigation into Ruby Princess is still ongoing.