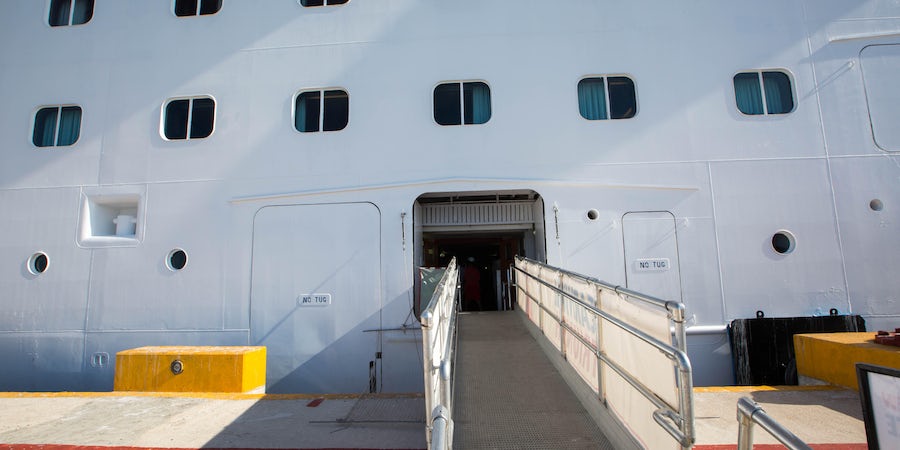 (6:05 p.m. EDT) -- Rapid COVID-19 testing is emerging as a likely strategy, as lines look to tweak health and safety protocols in order to resume sailings.

Speaking to investors on its second-quarter earnings call, Royal Caribbean president and CEO Michael Bayley stated that rapid testing for COVID-19 is something the line is seriously considering for its brands, which include Azamara, Celebrity, Royal Caribbean, and ultra-luxury line Silversea.

"Particularly as it relates to the Caribbean…testing is very much at the front of how people are thinking of protocols for returning," Bayley said.

A number of Caribbean nations already require travelers to obtain COVID-19 negative testing -- either rapid, molecular or PCR -- prior to arrival; measures that will make rapid testing almost a necessity for cruising to resume in the region. This includes countries like Barbados, Turks & Caicos, and Dominica.

Also included are overseas territories like the U.S. Virgin Islands, which

according to data supplied

Other cruise lines also see rapid COVID testing as a way for the cruise industry to move forward.

In announcing its recent limited restart of cruising in the Mediterranean for Schengen Zone (European Union) residents, MSC Cruises stated that COVID-19 testing will be a mandatory part of the embarkation process. Under the new protocols, passengers will be given a temperature check, a health questionnaire and a COVID-19 swab test at embarkation.

Passengers who test positive from either the swab test or who or display symptoms will be denied boarding.

Rapid testing could have prevented the situation that UnCruise Adventures found itself in, as the small ship line attempted to restart cruising in Alaska.

In that instance, a passenger who initially tested negative for COVID-19 72 hours prior ended up testing positive when tested at Juneau Airport. Those results took two days to come back, by which time the passenger was already on board and at sea. The ship was forced to turn around, with other passengers quarantined.

On August 13, UnCruise revealed that there was no spread of COVID-19 aboard Wilderness Adventurer, with the passenger in question subsequently testing negative for the virus.

While noting that no test for COVID-19 is currently one hundred percent accurate, Blanchard says the high degree of reliability of most rapid tests, combined with the relatively low wait time is crucial to restarting tourism and the economy and helping to slow the spread of the virus.

For his part, Blanchard is adamant that the positive diagnosis obtained in Juneau for the passenger in question has to be taken seriously, regardless of the subsequent negative test.

"What we're going forward with, as far as the rumour mill goes, we are letting that false positive sit to the side because we believe we have to follow science and not public opinion," he said. Blanchard noted that once news of the infection broke, "It just killed us."

Earlier at the start of the global health crisis, Blanchard's UnCruise and a handful of other local U.S. operators formed a coalition to advocate for the cruise industry within the United States. Blanchard says that focus is now directed at pressing government officials for better access to rapid testing equipment.

What Is Rapid COVID-19 Testing?

While rare at first (and still hard to get in some areas), COVID-19 testing is slowly becoming a fact of life in specific instances in the United States and around the world.

In the United States, some medical procedures require a COVID-19 test, while students returning to college are often being required to submit to frequent tests as a pre-requisite before living in dorms. Some essential workers, too, have taken regular COVID-19 tests throughout the pandemic, while some states with low virus rates, such as Massachusetts and Maine, require negative tests for entry.

But many of those tests still have lagging return times.

The definition of a rapid point-of-care test, according to World Health Organization (WHO) guidelines issued on August 5, mandates that results should be delivered in under 40 minutes and must have a true negative rate of at least 97 percent. A test should cost less than $20, and machines should be priced at under $3,000.

Several companies have already developed rapid testing machines with these exact specifications. San Diego-based Mesa Biotech's Accula system provides test results in roughly half an hour, and the device only costs a few hundred dollars, with cartridges priced around $20. Nearly 2,000 of the devices are currently in use, with more on the way.

Because these are point-of-care tests, results are delivered on-location, with no need to send testing away to local laboratories.

There are numerous other manufacturers around the world that have either developed or are developing rapid testing devices. The implications of these reach far beyond cruising's sphere; a

recently announced it would begin utilizing the devices to test workers, while the

it will roll out rapid COVID-19 testing throughout hospitals, care homes and labs beginning this month.

The devices selected by the UK can also detect other winter viruses like the flu and respiratory syncytial virus (RSV), and do not require a trained health professional to operate them.

As these rapid point-of-care tests increase in availability, the likelihood of them being used in airports, cruise ports, and other travel-related industries increases dramatically.

Cruise Critic members are overwhelmingly supportive of rapid-COVID 19 testing as a condition of embarkation.

In an informal poll started by member molly361 on the Royal Caribbean board, 84.4 percent of the 141 respondents stated they would support taking a rapid COVID-19 test in order to cruise. A total of 10.64 percent of respondents said they would not concede to a test, while 4.96 percent were undecided.

"I really had not thought about COVID testing," writes molly361. " I was hung up on not wanting to wear a mask on vacation."

"Why would anyone object to a COVID test," writes compman9. "What possible harm can a check if you have a deadly disease be objectionable?"

"No problem taking a test, but I think other steps would also be necessary since the test is only one part of the story," writes yogimax.

"I hope the virus has run its course by the time cruising begins," writes TNcruising02. "If not, there has to be a way to deal with it or the cruise lines will go under."

Other members were adamant that they wouldn't take part in a COVID test, or any other health and safety measures onboard.

"No test, no vaccine and no cruising for me," writes loman. "Why take a chance. I will wait a couple of years before I cruise again."

"I'm not going to jump through hoops just to go on a ship we where (sic) spend thousands of dollars just to be lead (sic) around like sheep," writes FSHLOT. "For us, we will pass on the testing, mask wearing, and any other regulation they put in place. Cruising was fun while it lasted, But IMO it will never be back to what it once was."

Rapid Testing Not Set In Stone

Royal Caribbean's Bayley was quick to note that firm health and safety protocols requiring the use of rapid COVID-19 testing as a condition of sailing have not yet been set in stone, but again reiterated that for certain destinations its usage would make sense.

"Testing is part of the thinking, but we have not yet reached a point in our protocols where we're ready to publish and release for discussion," concluded Bayley. "Discussions are underway. We have a degree of confidence in the Healthy Sail panel that we've formed and all of our protocols are under review with the panel."

If implemented, rapid COVID-19 tests would still be used in conjunction with other health and safety measures, like masks and social distancing. Royal Caribbean Chairman and CEO Richard Fain has previously stated that masks will most likely play a role in cruising's immediate return to service.

"One of the things the CDC (U.S. Centers for Disease Control and Prevention) has emphasized is the simple solution of people wearing masks would make a huge difference," Fain said during a coffee chat for travel advisors with Vicki Freed, senior vice president of Sales, Trade Support and Service, on July 15. " It's remarkable how effective it (masks) can be. And it's very simple. I now have to add, 'Wear the Mask.'"