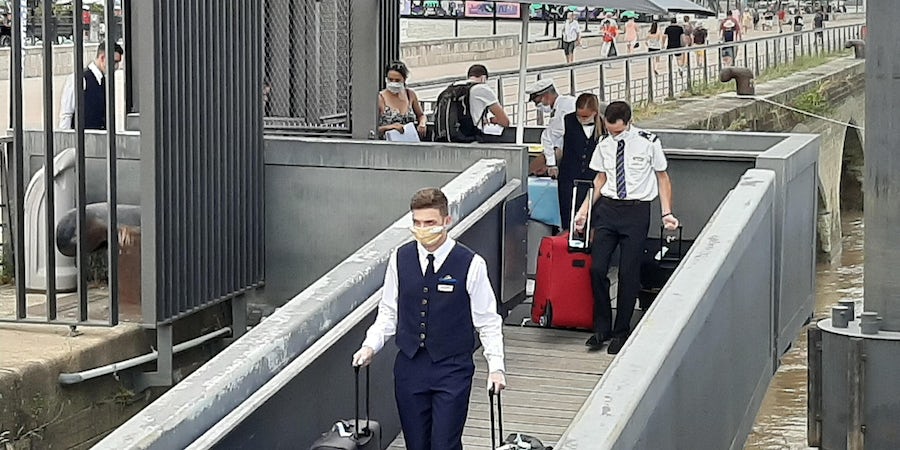 CroisiEurope has resumed sailings through the French wine region of Bordeaux -- and confirmed British passengers will be welcome back onboard from next month.

To date, other lines -- including German-based A-Rosa, Nicko and Viva -- have started operating selected itineraries that are only available to domestic passengers.

Cruise Critic is onboard this week's CroisiEurope sailing -- with 124 cruisers from France, Germany, Switzerland, Monaco and Northern Ireland -- to get a sneak peak of the enhanced Covid-19 health protocols that have been introduced on Cyrano de Bergerac as it commences the 2020 inaugural sailing along the Garonne River and will be posting further stories this week.

Lucas Schimitter, CroisiEurope's E-Commerce & Sales Director, said: "More vessels will start back soon so we will have about 25 ships in total sailing. We already have French, German, Belgian and Swiss guests booked for the rest of the season and U.K. guests will return in September.

"We are delighted to have some of our ships sailing again and we have already had great feedback from our passengers following the first cruises, which is the best thing we can expect after such a terrible period for our industry."

The line has introduced health measures which include passengers having temperatures taken on embarkation, the provision of face masks to be worn when moving around the ship, no self-service buffets and enhanced cleaning and hygiene rules -- such as the provision of hand sanitisers -- around the vessel.

John Fair, CroisiEurope's U.K. Sales Director, added: "We are delighted that CroisiEurope has carefully and safely recommenced cruises across a number of rivers in Europe. Safety is always our number one priority but we believe we have achieved that without compromising on our renowned standards of service, food and comfort."