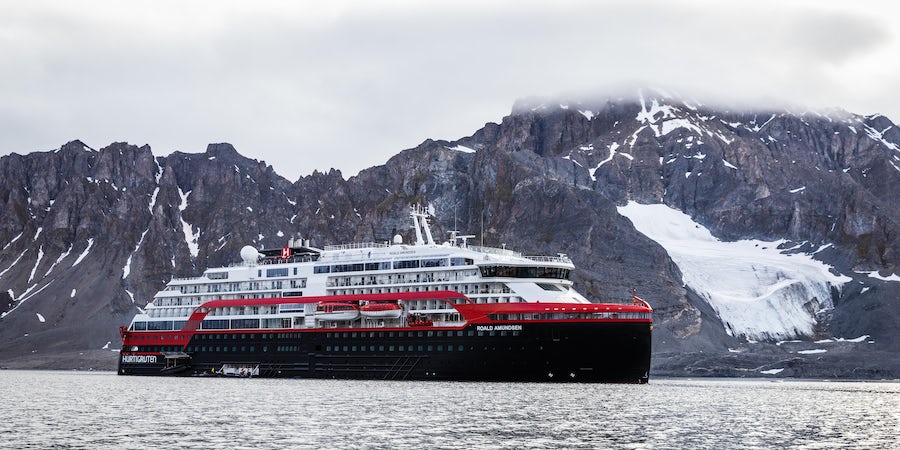 (10:50 a.m. EDT) -- After a positive COVID-19 outbreak was detected on Hurtigruten's Roald Amundsen, Norway has suspended cruise ships sailing with over 100 people from disembarking in the country's ports for the next two weeks.

are reporting that passengers on the luxury ship SeaDream I are at sea in quarantine, as a guest on a previous voyage tested positive for COVID-19.

, the government made the call to suspend docking Monday, as the Norwegian health authorities continued to investigate the fallout from Hurtigruten's outbreak, which now has 41 positive cases among passengers and crew.

, Hurtigruten said six passengers and 36 crew from its July 17 and July 24 sailings tested positive for COVID-19. The remaining 122 crew have been confirmed negative. The 209 passengers on the first voyage and 178 guests from the second trip have been asked to self-quarantine for 10 days.

Monday, Norwegian media noted that the affected passengers live in 69 municipalities throughout the country. The Reuters article notes that the health authorities have reached out to Germany, Denmark, Austria, the Philippines and Latvia, as passengers and crew onboard came from those countries.

Ships that have already departed will be able to offload passengers and crew at Norwegian ports, the Reuters article notes -- but no ships will be able to start journeys.

Hurtigruten has suspended all expedition cruises for the rest of the season. Roald Amundsen is currently docked in Tromso.

MS Fridtjof Nansen, which is sailing a two-week cruise from Hamburg along the Norwegian coast, currently has all 171 passengers confined to their cabins, after four of the 162 crew members reported cold symptoms. Hurtigruten is testing all of the crew and passengers are also encouraged to get tests.

MS Spitsbergen is on its way to Tromsø from Svalbard on Tuesday, with a planned arrival on Thursday morning. The ship has 64 passengers onboard, with the majority Norwegian, and a crew of 70. The line says that there's no suspicion of COVID-19 aboard and that all people onboard will be tested negative before going ashore.

Hurtigruten is still running its coastal ferry service between Bergen and Kirkenes.

SeaDream I Passengers in Quarantine

The docking ban also affects SeaDream Yacht Club, which has put both SeaDream I and SeaDream II in Norway for the season.

SeaDream I is currently off the coast of Bodo, according to Norwegian newspapers. Health officials from the municipality will test the crew on Wednesday, but passengers will not be allowed off.

The positive case came from a passenger on the previous voyage, which sailed July from Oslo to Tromso from July 21 to August. 2. The passenger left the ship on August 2, and flew back to Denmark, according to Aftenposten. The current passengers boarded the ship in Tromso on August 2 for the return trip to Oslo.

from the Norwegian Institute of Public Health (FHI) says that the Danish passenger is currenly asymptomatic, and had been so during the entire cruise. The health authority has also received passenger lists and are contacting the municipalities that might have exposures.