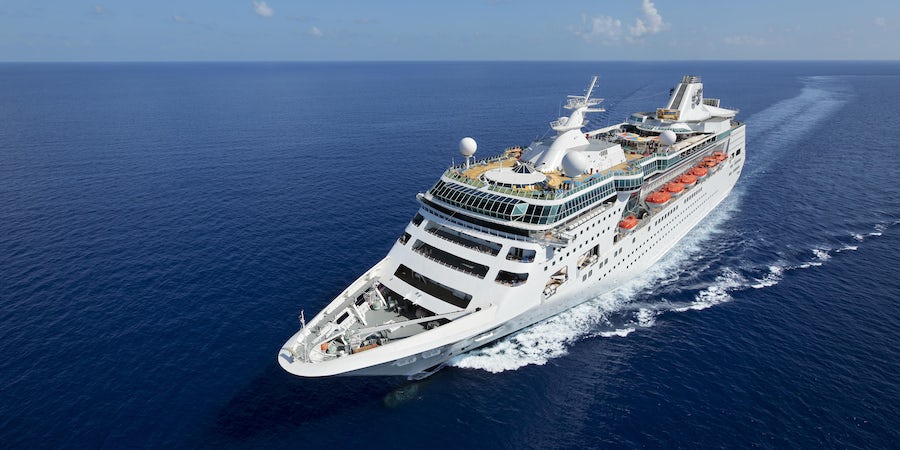 Empress of the Seas

Is Royal Caribbean's Empress of the Seas Cruise Ship Heading For the Scrapyard?

Empress of the Seas

(11:45 a.m. EDT) -- Cruise Critic's eagle-eyed members continue to keep tabs on the current fleet, watching to see what cruise ships will leave service as a result of the COVID-19 pandemic.

On Thursday, the 1990-built Empress of the Seas came into the spotlight, as

showed the 1,6002-passenger ship leaving Southampton and heading toward Malta.

While Malta is not the final destination where cruise ships go to die -- the actual scrapping typically takes place in yards in Turkey and India -- the lines often use Malta as an intermediary step for offloading equipment and dismantling interiors.

More recently, Royal Caribbean Group sent two other cruise ships in its Spanish Pullmantur fleet, MS Monarch and MS Sovereign -- the former Monarch of the Seas and Sovereign of the Seas, respectively -- to Malta before they ended up in a Turkish scrapyard in Aliaga.

Cruise Critic members, some of whom are still booked on the ship,

"I REALLY hope this isn't true! I am booked on her in January," wrote SOUNDSGOOD!.

Others noted that Bahamas and Caribbean cruises for 2020 were still bookable on the ship, as early as October 2020.

At 30 years, Empress of the Seas is Royal Caribbean's oldest cruise ship in the fleet. It already left the fleet once before, in 2008 when it was transferred to Pullmantur. Royal Caribbean brought it back in 2016 for cruises into Cuba, before the U.S. government reversed its policy on American travel there. Since then, it has become a Caribbean workhorse, taking on both short and week-long cruises. Prior to the coronavirus pandemic, it was scheduled to do unique fall cruises to Canada and New England.

While Carnival Corp. announced early on that at least 13 ships would be leaving its overall fleet, the Royal Caribbean Group has kept mum on potential fleet changes. In earnings calls, Royal Caribbean Group executives noted that the older ships required a much higher yield to turn a profit, as opposed to the larger, newer megaships in the fleet.

Empress of the Seas is also currently the smallest ship in the Royal Caribbean fleet, though past passengers and crew members commonly refer to it as "The Little Ship with the Big Heart."