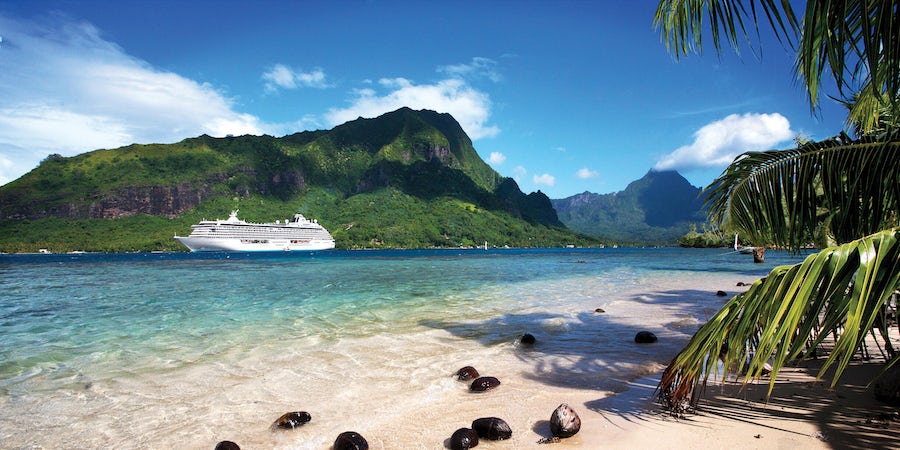 Is French Polynesia Next for Cruise Resumption?

(1 p.m. EDT) -- As cruising from North American ports of call continues to push further into the fall following the extension of the U.S. Center for Disease Control & Prevention (CDC)'s No Sail Order into late September, French Polynesia is emerging as a location where cruising has already begun to tentatively restart.

Tourism plays an enormous role in the region, which is comprise of over 100 islands clustered in the South Pacific. The capital, Papeete, has long been a base for tourism and cruising, thanks to the availability of international air service to the island's Faa'a International Airport.

On July 15, French Polynesia made the decision to lift the quarantine requirements for visitors from any country. There are still some steps that must be taken (more on that below), but French Polynesia could be one of the next spots where regular cruising could resume for most nationalities.

Which Lines Are Operating In French Polynesia?

Some of the cruise lines that make regular routes in and around French Polynesia have committed to restarting.

This includes Paul Gauguin Cruises, which has operated its eponymous 332-passenger ship in the region since 1997. The all-inclusive Paul Gauguin resumed sailing in mid-July with mostly Polynesian passengers, and will conduct its first sailing with international passengers on July 29.

From August 2020 onward, the ship will resume its schedule of seven-to-14-night sailings in Tahiti, French Polynesia and the South Pacific.

Aranui Cruises is also restarting sailings aboard its hybrid passenger-cargo vessel Aranui 5, with the first departure for international passengers on August 8, 2020. On July 18, Aranui 5 set sail on a cruise for local residents of the Marquesas Islands.

Aranui has been sailing the Marquesas as an inter-island cargo service since 1978 and began carrying passengers in 1984. Aranui 5 is the newest vessel to operate for Aranui Cruises, entering service in 2015.

Aranui Cruises announced new health and safety protocols for the protection of both passengers and Islanders. The ship will carry only 230 passengers on its resumed cruise program that will benefit the economy of the small, secluded islands it visits in French Polynesia.

The other operator in French Polynesia, and the one perhaps most well-known to readers, is Windstar Cruises. Windstar has deployed its 148-passenger Wind Spirit to the region for the past several years on a year-round basis.

Although Windstar had planned to begin voyages in early September, the company recently pushed back its anticipated start date aboard Wind Spirit to October 15. Windstar recently announced sweeping new health and safety protocols that include refitting every ship in the fleet with hospital-grade HEPA filters and UV-C germicidal irradiation.

Still, Windstar looks to be on-track for an October resumption of service; something that will only be aided by the restart of Paul Gauguin Cruises and Aranui Cruises.

Who Can Visit French Polynesia?

In a world littered with travel restrictions, currently citizens of any country, including the United States, can travel to French Polynesia -- though they still must comply with all of French Polynesia's health directives and requirements, as well as that of their home country's restrictions on travel.

Citizens of some countries will be required to self-isolate for 14 days upon their return from international travel, while other citizens, notably Australians, may be currently prohibited from travelling overseas in the first place.

The current limitations on international travel from Australia will have a big impact on French Polynesian tourism. The South Pacific is that country's Caribbean, and make up a large source market.

What Are the Requirements for Entry?

to wear masks when onboard water taxis, ferries, planes, public transport, and in all airports and ferry terminals. Failure to comply with these requirements is punishable by a fine of up to €745,820, so bring a mask or five with you.

All travellers, regardless of nationality, are also required to obtain proof of a negative COVID-19 PCR test that is carried out no earlier than three days prior to boarding the flight overseas.

Passengers are also required to fill out an

(ETIS) form within three days of their departing flight. Any traveller who is not a French citizen must carry proof of travel insurance: " If your insurance does not cover the costs in the event of a pandemic, you agree to assume all health costs incurred in French Polynesia, including in the event of infection with Covid-19."

Visitors staying on land are required to undergo another COVID-19 test approximately four days after arrival in French Polynesia; it is not clear if cruise passengers are still subjected to this requirement.