You may also like
Dismiss
Live From Oceania Insignia: Why A Western Caribbean Cruise Can Be A Perfect Spa Vacation
Carnival's Newest Cruise Ship, Carnival Panorama, Christened in California
Live From Carnival Panorama: First Impressions of Carnival's New California-Based Cruise Ship
Our Favorite Cruise Travel Memories
Which Cruise Ships Will Be Scrapped Or Taken Out of Service Because of the COVID-19 Pandemic?
Two Cruise Ships to Leave Carnival Fleet, Others to Go Into Lay-Up, Homeport Changes and More
Carnival Fascination Removed from Carnival Cruises Fleet Roster; Imagination Heads for Scrapping
What Is the Status of Carnival's Fantasy Class Cruise Ships?
Carnival Sells Fascination, Delays Restart of Four Other Cruise Ships Into 2021
World-Champion Gymnast Simone Biles Chosen as Godmother of New Cruise Ship Celebrity Beyond 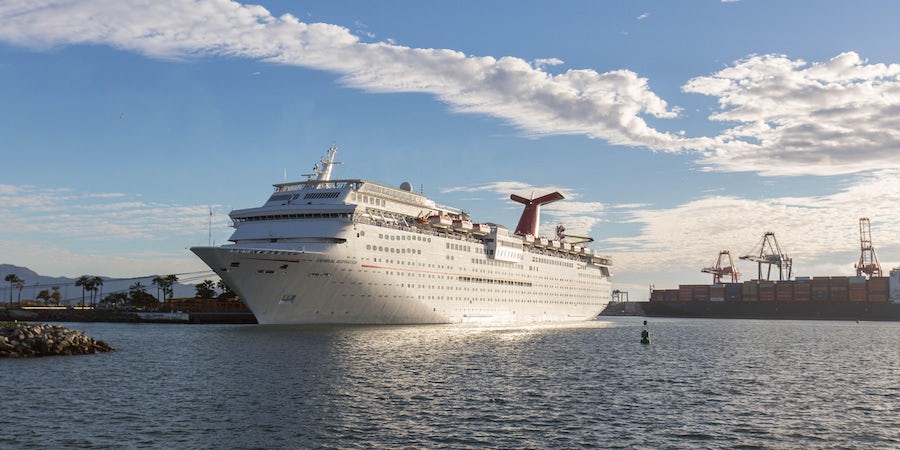 (1:45 p.m. EDT) -- After weeks of speculation, Carnival Cruise Line confirmed that both Carnival Fantasy and sister-ship Carnival Inspiration had been sold.  It also announced that Fantasy Class fleetmates Carnival Fascination and Carnival Imagination would be placed in long-term layup, with no immediate plans to rejoin the fleet.

The Fantasy Class ships were built between 1990 and 1998 and launched Carnival into the modern era of Fun Ship cruising. Originally dubbed "SuperLiners", these vessels were iconic Carnival, complete with their 'love-it-or-hate-it' over the top décor designed by the line's long-term designer, Joe Farcus.

As with the departure of Holland America Line's four vessels earlier this month, Cruise Critic readers gathered on the message boards to share remembrances of these classic Carnival vessels.

"Awww- this makes me a little sad," writes kruzinkel. "My very first cruise was the Fantasy on my honeymoon in 1991. Bittersweet."

Others noted that while they're sad to see these members of the Fantasy Class disappear, their departure wasn't entirely a surprise.

"Overall seeing any ships go is sad for the memories that we've had on these ships but if (and that's a big if) things can return to something close to normal, and cruising resumes as it was, these losses aren't as bad as they could have been," writes Indytraveler83. "Honestly we've all seen Fantasy class retirements coming for a while now (like it or not)."

"Fantasy used to be homeported in Charleston, SC," said bobsfamily. "I did a cruise on her prior to that and 2-3 while in Charleston.  Good small ship but I do think it was time. She was the first "Fantasy class" ship."

Others lamented the loss of Carnival Fascination's Southern Caribbean itineraries, which sailed out of San Juan, Puerto Rico and Bridgetown, Barbados. The weeklong runs were unusually exotic for Carnival, often visiting ports of call that are unavailable to ships sailing from Florida and other parts of the U.S.

"The writing was on the wall for San Juan Carnival Fascination and her relatively exotic itinerary," said jsglow. "We just lost our 'extra exotic' version of that which included port calls at Grenada and Antigua.  Frankly, that's not Carnival's sweet spot unfortunately.  They are best positioned as a mass market cruise ship that takes people on vacation from anywhere from 3-7 days to standardized ports.  We understand that and enjoy them for that purpose."

Some posters were less concerned about the loss of the ships themselves and more concerned with their future cruise bookings, with many noting they'd selected a particular ship because of the itinerary or because of its smaller size.

First Ships For Many -- Including Us

Cruise Critic editors also have some of their own memories of these ships.

For Managing Editor Chris Gray Faust, a weeklong sailing on Carnival Imagination in 1997 marked her first foray into cruising. She cruised with her parents, already veteran cruisers on lines such as Cunard and Princess, as well as her younger sister.

"My parents had a suite and my sister and I were shunted into an inside cabin," Gray Faust said. "So we really felt like we were on our own. I remember we ordered our own cheese plate and cookie tray daily."

Her sister had just turned 21, and the cruise was the first time that the entire family was drinking age; "we took advantage of that," Gray Faust said. Photographic evidence shows the two women in formal night duds, playing maracas on a rotating piano bar.

"It was really the first time that my family had traveled together as adults," Gray Faust said. "Besides showing me that cruises were a blast, the trip was a turning point in how we all related to each other and could have fun as a family as individuals, rather than just as parents and kids."

Contributing writer Aaron Saunders has his own memories of the Fantasy Class.

"I only discovered them very late into their careers. My first Fantasy Class sailing was on Carnival Paradise to Cuba in 2017," said Saunders. "I fell in love with their easy-to-navigate design, their unusual upper-deck spaces and their quirky and distinctive interior décor schemes. There was just something inviting about Carnival Paradise that I instantly was drawn to.

"Carnival Paradise ended up being a work trip, but I enjoyed the experience so much that I booked myself a quick vacation cruise on Carnival Inspiration in 2018 out of Long Beach," he said. "You couldn't beat the price point on these things -- a four-night cruise only ran a few hundred dollars per person."

"After that, I decided I should head out on Carnival Elation to check out its 2017 refit,"  Saunders said. "I didn't really have to -- I knew they added balconies to the ship, and I more or less knew what to expect. It was one of those trips I took less because I needed to, and more because I wanted an excuse to sail on the Fantasy Class again.