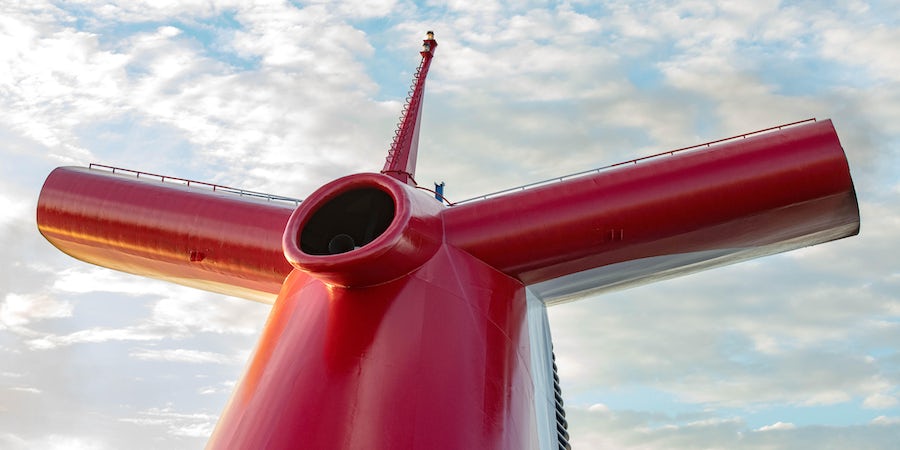 Two Cruise Ships to Leave Carnival Fleet, Others to Go Into Lay-Up, Homeport Changes and More

(10:10 a.m. EDT) -- Carnival Cruise Lines has announced several fleet changes, including the sale of two cruise ships and the long-term layup of two others, as well as homeport changes and the confirmation of a sister ship to the delayed Mardi Gras.

The changes are the latest to come as a result of the COVID-19 pandemic, which has suspended cruises from U.S. homeports through September 30, 2020.

"We have used this pause in operations to think carefully about our fleet and to build a plan that gives our guests new choices and upgrades to current ship offerings," said Christine Duffy, president of Carnival Cruise Line. "With a fleet that gives guests lots of choices in ships, homeports, destinations and features including a multitude of dining, entertainment and accommodation choices, we are very excited about the future for Carnival Cruise Line."

Here's a breakdown of how the various changes will play out:

As predicted, Carnival's Fantasy-class -- older and smaller ships that were nonetheless popular for entry-level cruisers and veterans alike -- will be reduced when cruising resumes.

Carnival Fantasy and Carnival Inspiration have been sold, while Carnival Fascination and Carnival Imagination will move to a long term lay-up status. The line said that there's no specific timeline identified for a return to operation for those two vessels, increasing the risk that they may not return to service.

Many Cruise Critic members had already noticed that the 1990-built Carnival Fantasy had been sailing toward Izmir, Turkey, where there is a large ship scrapping operation in nearby Aliaga. The 1996- built Carnival Inspiration had also seemed to be on the same route, according to ship tracking websites.

Carnival Fantasy and Carnival Inspiration are 30- and 24-year-old ships, respectively. It makes sense, from a business point of view, for the line to dispose of these ships, rather than newer and more efficient vessels, which generally provide a higher yield as well.

Nonetheless, the smaller ships -- carrying between 2,000 to 2,610 passengers -- were popular, in part because they often carried lower fares. They were also able to sail out of smaller homeports that could not accommodate the larger Carnival megaships.

In the release, Duffy acknowledged that many guests like the Fantasy-class ships, and said the line would keep the remaining four ships in the class: Carnival Ecstasy, Carnival Sensation, Carnival Elation, and Carnival Paradise.

"We will continue to invest in the four remaining Fantasy class ships that we are keeping in the fleet. We have many guests who prefer our Fantasy class ships which work so well for shorter itineraries from smaller ports that cannot accommodate our larger ships."

In a bit of good news, the line confirmed that a sister ship to its much-anticipated Mardi Gras will be built, at the Meyer Turku shipyard in Finland. The as-yet-unnamed Excel-class ship now has a November 2022 launch date.

The ship is set to have many of the same features as Mardi Gras, including the BOLT roller coaster. It will sail out of Miami, and cruises will go on sale in the fall.

Said Duffy: "We have a great variety of ships across the Carnival Cruise Line fleet and we are thrilled to have been able to confirm a delivery date ahead of what we had anticipated for our second Excel ship, which is exciting news for guests interested in sailing from PortMiami on the sister ship to Mardi Gras!"

As an LNG-powered ship, Mardi Gras has been seen as a leap forward for Carnival. Originally slated to enter service in August 2020, the ship is now due to launch on February 6, 2021, sailing from Port Canaveral (Orlando).

The fleet changes have meant that homeports and itineraries have been adjusted for several of Carnival's other ships. The shifts are outlined below.

Carnival Fascination itineraries from San Juan and Barbados have been cancelled for 2020-2021. In its release, Carnival noted that this reflects a return-to-operation focus on mainland drive markets in the U.S.

Separately, Carnival has extended its pause of operations in Australia and has cancelled six cruises scheduled to operate between Sept. 25 and Oct. 29, 2020.

For all the affected sailings, the line said that passengers and travel agents have been notified directly about the changes, as well as the massive rebookings and cancellations that will now have to take place.

The line also highlighted that 2022 will be Carnival's 50th birthday. Carnival Sunrise, for example, has a birthday sailing scheduled for March 5, 2022, with special entertainment, at-sea ship rendezvous and onboard activities and offerings.

"With a fleet that gives guests lots of choices in ships, homeports, destinations and features including a multitude of dining, entertainment and accommodation choices, we are very excited about the future for Carnival Cruise Line," Duffy said.

"With our future fleet plan resolved, we are focused on ensuring we are ready to return to operations once it is determined that the time is right to resume cruising in the U.S.," Duffy said.