You may also like
Dismiss
Maine Opens to Overnight Cruises, Negative COVID-19 Test Required
Just Back From Hurtigruten's Finnmarken: The First Cruise Ship to Set Sail, Post-Covid
Foreign Office Revises Advice on Cruising, Rivers Now Exempt
Can a River Cruise Still be Fun in the Age of Covid-19?
Two UK Cruise Lines First to Restart Cruising in the UK
Rolling Out the Deals: Why Now Might Be a Great Time to Book a Cruise
Second Carnival Corp. Cruise Line To Restart Med Operations
Adventures by Disney to Offer First Expedition Cruises Geared Toward Families
CDC to Make Masks Mandatory in Cruise Terminals, Cruise Ships in the U.S.
Royal Caribbean Revises Its Onboard Mask Policy 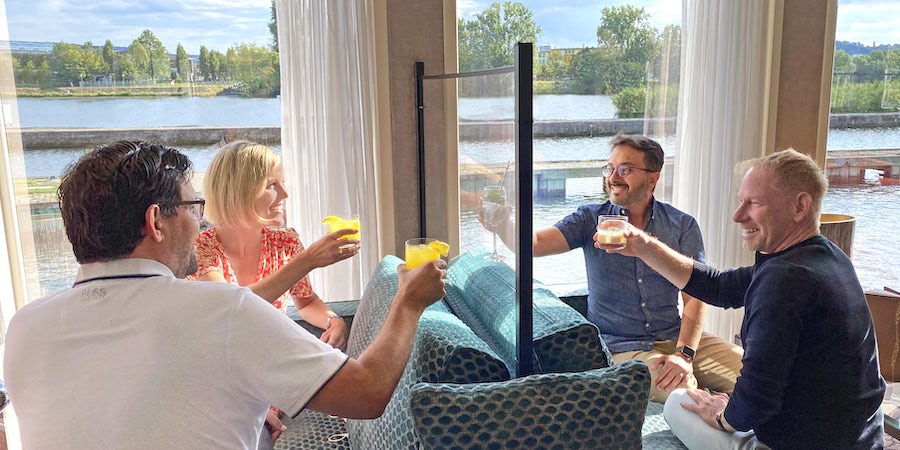 (10:50 a.m. EDT) -- AmaWaterways has returned to river cruising in Europe, with a series of charter sailings aimed at German and Dutch nationalities.

Although it's not carrying American passengers, AmaWaterways is the first well-known U.S. river cruise line to return to service. It joins other international river cruise lines that have opened up to non-American nationalities, including A-ROSA and CroisiEurope.

The sailings are taking place on AmaKristina, which is named for AmaWaterways' executive vice-president and co-founder Kristin Karst. "As the proud Godmother of our award-winning AmaKristina, I am honored that she was our very first river cruise ship to set sail in Europe this summer,” Karst said.

The German tour operator e-hoi is running the charters, which began July 5 (Cruise Critic already has a review from the trip). There are two different five-night itineraries running on the Rhine River, both round-trip from Cologne. One sails north to Amsterdam and Antwerp, while the other runs south to Strasbourg. The cruises run through November 2, 2020.

Karst noted that the sailings allow AmaWaterways to perfect the river line's new health and safety protocols, which reflect the recommendations in the European Union's Healthy Gateways guidelines, as well as those from other authorities.

Capacity on the ship is limited to 100 passengers; AmaKristina normally carries 150. Pre-boarding health questionnaires are required, and both passengers and crew have daily temperature checks.

Crew wear face coverings at all times, while passengers wear them while they are moving around the ship. Lounge areas now have plexiglass dividers, and guests receive personal Quietvox systems so they can hear guides while social distancing on shore excursions (AmaWaterways has always focused on active outdoor options, which also helps). Both the Main Restaurant and the Chef's Table can accommodate the fewer numbers, and new room service options have been added.

The line also notes that its ships have been designed with fan coil individual air conditioning and heating units, which eliminate recirculation of air in cabins or public areas. Most cabins also have balconies, allowing fresh air into the rooms. The ship has a designated Public Health Officer overseeing the measures.

Regular river cruises have been suspended through September 15. "We are hopeful that we will be able to add ships soon, but given the current restriction on travel by U.S. residents, we will remain on standby and continue to re-evaluate the situation about 45 days in advance," the line said.