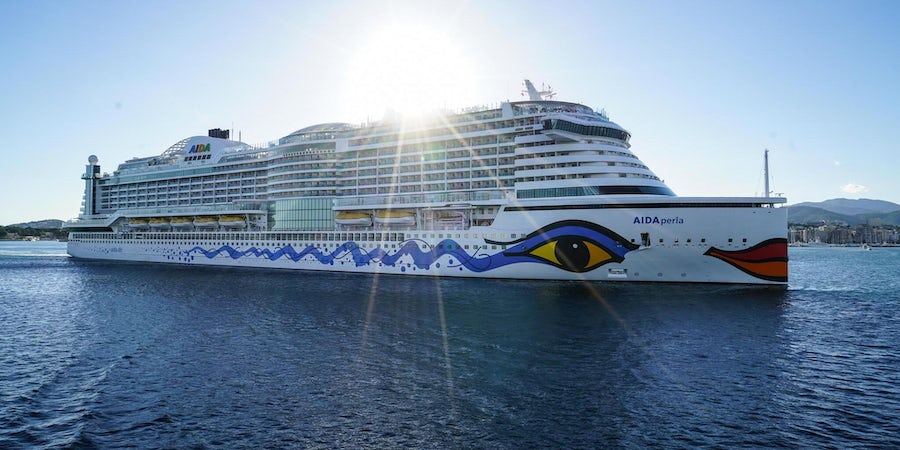 (9:50 a.m. EDT) -- Ocean cruising , which has restarted in Germany and Norway, is set to begin in "several other important European states," according to the cruise industry's trade organization.

Goldstein said, however, that negotiations with the Centers for Disease Control and Prevention (CDC) -- which extended its no-sail order to September 30 -- were still ongoing.  He was unable to speculate on a start date.

The European industry dialogue that led to Germany giving a green light to cruising's return are a big step forward, Goldstein said.

The cruises are limited -- "ships leaving Germany, returning to Germany, not stopping anywhere in between, taking only German customers," Goldstein said.  "Of course, this is incredibly restrictive compared to what we knew six months ago, but a huge advance over nothing happening at all."

TUI Cruises is due to restart July 24 with a cruise to nowhere on Mein Schiff 2 and AIDAperla will restart on August 5. The latter represents the first return to cruising from one of the "big three" cruising companies, as AIDA is a German cruise line owned by Carnival Corporation.

Though not an EU member, Norway works closely with EU bodies, and restarted coastal cruising on Hurtigruten on June 16.

"This restart has now happened in Germany, under limitations, but nevertheless there is cruising now about to take place -- and has happened in Norway," he said.

"And we believe it's relatively close to happening in several other important European member states.

"We can't say when any other country will agree to do something of that sort or something similar but we are optimistic that in the near term more European countries will begin limited cruise operations."

While the news is good in Europe, the United States still has little movement.

Goldstein cautioned that people should not "read too much into any particular date."

"We will operate when it's the right thing to do," he said.

He noted that it's promising that CLIA and the CDC set dates that are within 15 days of each other. "The fact that we begin to converge makes us more optimistic that the kind of engagement we are looking for with the CDC will allow our experts and their experts to have the kind of dialogue that will eventually lead to the safe and successful resumption of service."

Goldstein spoke about a "sequential" start to cruising, and emphasized the importance of the U.S. market to the overall industry.

"We expect to go faster in some places and slower in others in restart. Obviously, the US as a source market and the Caribbean, Alaska, Mexico and Bermuda as destinations is central to the welfare of the cruise industry," he said. "So that's in the center of our radar in terms of where the most effort is going."

When the actual restart would be, Goldstein would not speculate.

"What we know is the CDC has extended its no-sail order to September 30, so that's a marker that governs all of us," he said.

"We also know the larger cruise companies are very focused on working through these Blue Ribbon panels to get to a point of confidence about the fundamental pillars of public health.

When asked why the major cruise lines all seemed to be doing their own thing in the U.S, rather than having CLIA speak to the CDC with one voice, Goldstein explained it was because the CDC required the lines to establish their own health and safety protocols.

"We are working with governments just about everywhere in the world, trying to engage with them as an industry to the best of our abilities.

"There are various scenarios that have unfolded from country to country, authority to authority," he said.

"We have tried to be as responsible as we know how to be in underscoring at all times that the health, safety and welfare of our guests and of our crew are of paramount importance to us.

"And whatever type of operations we are doing or intend to do, especially restarting the guest operations, can only happen when everybody is confident, including ourselves."