You may also like
Dismiss
Coronavirus: Updated Cruise Ship Policies and Cancellations Because of COVID-19 (2021)
New Luxury Cruise Line Set to Launch in December
Norwegian, Royal Caribbean Team Up To Create Cruise Health and Safety Protocols
Foreign Office Revises Advice on Cruising, Rivers Now Exempt
Can a River Cruise Still be Fun in the Age of Covid-19?
Live From MSC Cruises' MSC Grandiosa: What's it Like Sailing on a Big Ship in the COVID Era?
Marella Cruises Reveals New 2021/22 Itineraries to the US, Caribbean and Asia
Royal Caribbean's Anthem of the Seas Cruise Ship to be Based in Southampton in 2021
MSC Cruises Extends Seasons of MSC Virtuosa Cruise Ship in the UK, MSC Bellissima in Dubai
Live from Grandeur of the Seas: The Beloved Lady G Cruise Ship Still Reigns 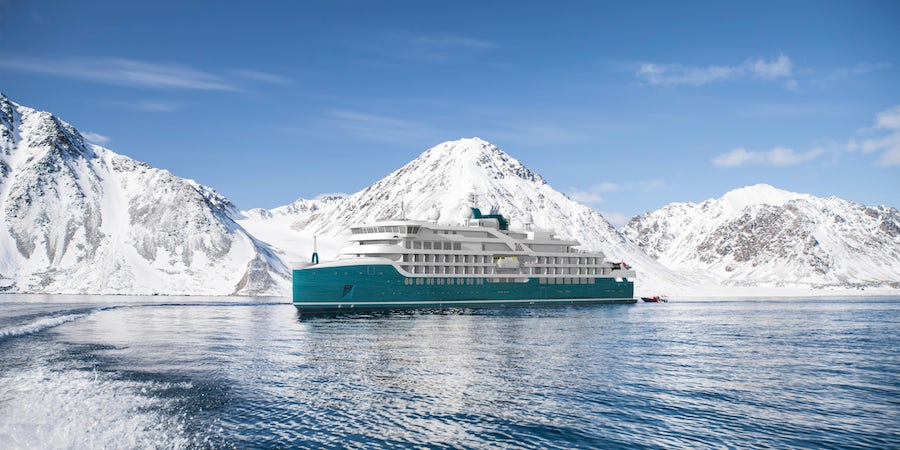 Swan Hellenic to be Relaunched As New Expedition Cruise Line

(12:10 a.m. BST) -- One of the UK's best-known cruise brands Swan Hellenic is being "reborn" as a new cruise line with two new-build expedition ships.

The two five-star 152-passenger expedition ships -- Vega 1 and Vega 2 -- are currently being built at the Helsinki Shipyard and will launch in November 2021 and April 2022.

They will offer voyages to the Antarctic, the Arctic and the Russian Far East, as well as South America and the South Pacific.

Andrea Zito, Swan Hellenic’s CEO said: "I am proud to announce the rebirth of Swan Hellenic a pioneering iconic travel brand with the mission to be the leader in cultural expedition cruising."

"The new Swan Hellenic, retains its British heritage whilst being international in outlook. Aimed at the traveller, who wishes to explore, experience and enrich whilst the infinite beauty of the world and its inhabitants in a safe and sustainable way."

The new ships will be aimed at the luxury end of the expedition market and will have 120 crew -- an almost 1:1 ratio of crew to passenger. It will also carry Zodiac and experienced expedition guides. However, it will eschew the recent trend for gadgets and gizmos such as submarines and helicopters for more "hands on" experiences, according to UK General manager, John Warner.

"We're not putting an emphasis on things like helicopters," Warner told Cruise Critic. "This is about an elegant, intimate and immersive expedition experience. It's based more on a cultural experience and getting up close and personal with the wildlife."

The project has been gestating for at least two- to three-years and although this news comes in the midst of the coronavirus pandemic, Warner said he and the team were not daunted at the timing.

"Our belief in the power and benefit of travel is undaunted, despite the extraordinary times we are in," he said.

"I think that cruise has been shown to be very forward thinking and has overcome many obstacles and come back bigger and stronger and we would like to think we will be able to add to that."

Swan Hellenic operated just one ship, Minerva, before its collapse, along with Voyages of Discovery, in 2017.

The brand was subsequently bought by G Adventures and then sold to a small group of cruise industry veterans, including John Warner, who formerly worked at G Adventures.