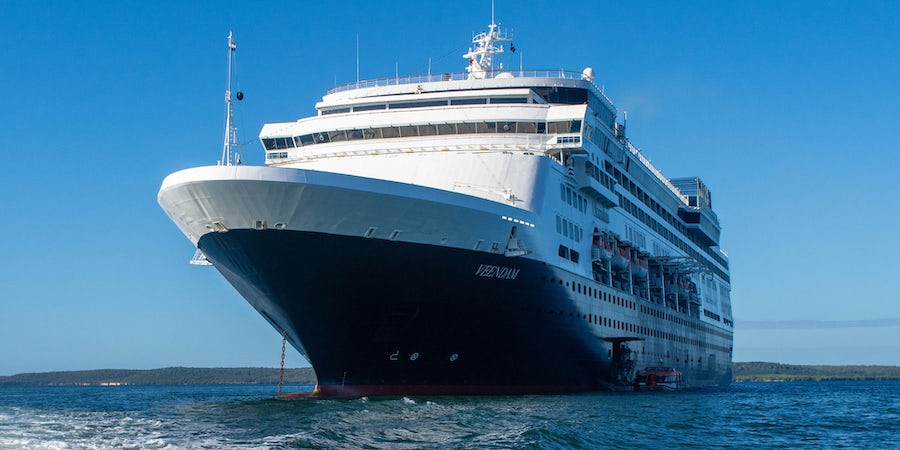 (2:25 p.m. EDT) -- Holland America Line yesterday announced that four of its most beloved ships -- Maasdam, Veendam, Rotterdam and Amsterdam -- would exit the fleet this year as a result of restructuring brought about by the COVID-19 coronavirus pandemic.

A disappointment for Holland America fans, the news was sunnier for fans of Fred. Olsen Cruises, who learned the line would be on the receiving end, adding -- Rotterdam and Amsterdam. It's about as perfect a marriage as fans of Holland America Line's globetrotting former flagships could ask for. Fred. Olsen is, in many ways, a sort of British seagoing equivalent of Holland America.  Readers on Cruise Critic are already discussing whether to "jump ship" from Holland to Fred. Olsen when the COVID-19 pandemic passes.

A buyer for Maasdam and Veendam has not yet been announced.

For Cruise Critic's loyal board members, the transfer of these four vessels has stirred up countless cruise memories.

They're not alone in that. I have been thinking of my past four voyages on Veendam and one sailing on Rotterdam. All day, I've been turning over in my head just how wonderful these two ship classes are, and just how much I have enjoyed sailing on them.

From my first trip on Veendam in 2005 -- a quick repositioning cruise from Vancouver to Los Angeles -- I fell in love with that ship. Sure, it had some odd 1990's-era decor, and the subsequent 2009 refit that altered its exterior appearance didn't do it any favors, but inside it was always as warm, cozy and inviting as ever. The combination of windowed public rooms, richly decorated with a world-class collection of art, and broad, open-deck spaces drew me in. How many hours I spent reading in a teak steamer chair on the promenade deck I'll likely never know.

My last trip on Veendam turned out to be a Cuba sailing in 2018. I hadn't been on the ship for nearly a decade, yet there it was at the pier in Fort Lauderdale, looking proud and sparkling as ever. It shone inside too; a refit having swapped out its former mint-green carpeting in the atrium for a more modern version. Long-time cruisers will even remember the odd pair of escalators that used to take passengers from the Main Deck to the Lower Promenade Deck before being removed years ago.

I was booked to sail on Maasdam this year to Alaska, and while I won't get that opportunity, I have many wonderful memories of these ships.

I'm not the only one. Cruise Critic members chimed in with their own fond memories of these classic "Dam Ships."

"Our first time sailing on the Amsterdam was a transatlantic from Ft. Lauderdale to Civitavecchia, Italy," cruizingnut wrote on our Cruise Critic message boards. "I think it was a 16-day sailing and was our longest at the time.  I'd also never been to Europe (I wouldn't fly) so it was the perfect way to get there.  We absolutely loved the cruise; the elegance, the coffee bar (free at the time, located outside the Wajang Theater), the after-dinner coffee's in the Explorers Lounge (also free).

"Since that cruise (our second on HAL), we've never stopped and have racked up 935 (actual) days on the Amsterdam alone.  Needless to say, she was our home away from home and the crew that we got to know well over the years became our extended family.  We will sorely miss her. "

"We have also cruised many times on the Maasdam, on the Rotterdam for the 38 night VOV Voyage of the Vikings from Boston and the Veendam for the 50 night South America/Amazon and RIO cruise in Feb.-March 2019 from Fort Lauderdale," JJG99 wrote. "We will be sad to see them go"

"I was on her Amsterdam only twice," Himself wrote. "I did a 7-day Alaskan cruise out of Seattle.  My second cruise was the 14-day cruise in her.  The year was 2011 and that year she went inside out of Seattle so we sailed between the Canadian mainland and Vancouver Island.  I thought she was the class ship of the Holland America line and I never changed my mind.  She was a lovely ship!"

"I have Maasdam booked for Alaska 2021, was cancelled for Sept. 2020…I do not want to sail on one of the larger ships," BJzink wrote on another thread. "I know she was old, but I spent more days on her than any other and enjoyed each one."

"We have cruised 319 days on the Amsterdam, starting in 2002," USN59-79 wrote.  "She always had great itineraries and even if we booked an inside cabin, we always had a large, comfortable space."

Other posters noticed, more sombrely, that the departure of Rotterdam marks the end of an era for Holland America. "Sad news, first time in a long time Holland America Line won't have a "Rotterdam" in the fleet," cruise44 wrote.

Holland America Line has had a ship named "Rotterdam" in the fleet continuously since 1959. The first "Rotterdam" set sail in 1872.

Holland America Line has several newbuilds in the works, including the future Pinnacle-class ship Ryndam, which is scheduled to debut in 2021.

Join the conversation about your favorite HAL ships