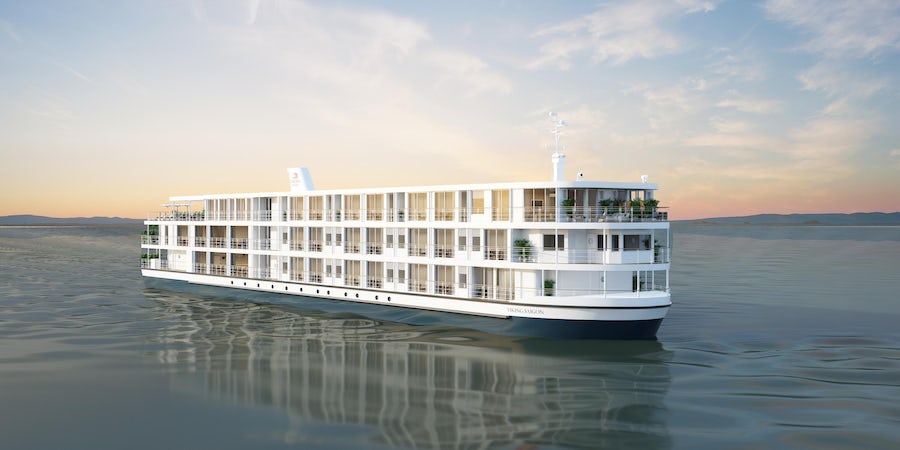 Viking to Debut New River Cruise Ship on the Mekong

(2:02 p.m. EDT) -- Viking has announced it will debut a new river cruise ship along the Mekong River in Southeast Asia next summer.

The 80-passenger Viking Saigon is scheduled to set sail on the August 30, 2021 departure of Viking's 15-day "Magnificent Mekong" cruisetour that operates from Hanoi to Ho Chi Minh City, Vietnam, or reverse. Viking Saigon will sail the river portion of the journey, between Kampong Cham, Cambodia and Ho Chi Minh City, also known as Saigon.

Viking Saigon will offer 40 outside cabins decorated in Viking's trademark Scandinavian design. All cabins will offer floor-to-ceiling glass doors with French or full step-out balconies. The ship will offer 26 French Balcony Staterooms, 12 Veranda Staterooms and two Explorer Suites. Each Explorer Suite will feature two full-size rooms with a large veranda off the living room, along with a bathroom featuring a tub and glass-enclosed shower.

The three-deck vessel will also offer an open-air Sky Bar on the ship's upper deck; a spa and fitness center; and an infinity swimming pool. The ship will offer Viking's sleek, modern Scandinavian design throughout, a contrast to many of the vessels sailing the Mekong, which are patterned after colonial-era boats.

When it debuts, Viking Saigon will take over from Viking Mekong.

"For many of our guests, Vietnam and Cambodia remain top destinations because of their significance in world history," said Torstein Hagen, Chairman of Viking. "We have led the river cruise industry with our fleet development and experiences that bring travelers closer to the cultures of the world for more than two decades. This will be the most modern vessel on the Mekong and will feel like 'home' to our loyal Viking guests who are familiar with the comfortable design of our ships."