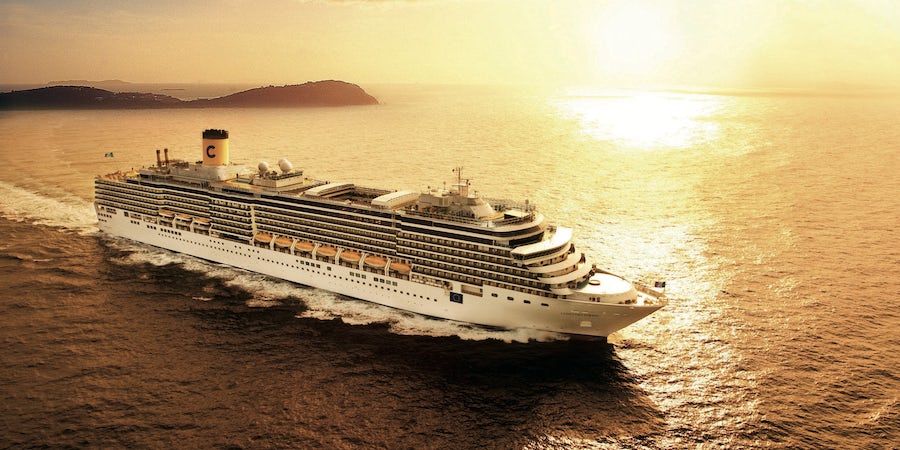 (3:45 p.m. EDT) -- Costa Cruises may be considering a staggered resumption of cruising as early as mid-August, according to

over the weekend on Crew Center, an online resource for crewmembers working on cruise ships.

The article, which a Costa representative tells Cruise Critic represents an early draft of Costa's planned re-entry into service, outlines a five-phase approach that lasts until 2021. The draft could still see significant changes.

"Regarding rumours about Costa Crociere’s restart plans, the Company wants to underline that these are not to be considered official information," stated Costa in an email to Cruise Critic.  "The Company is continuing to work to prepare for the resumption of operations. As soon as authorities will have defined the necessary health protocols, Costa Crociere will officially communicate its plans and timings for the restart."

While these plans could see significant revision, they nevertheless paint a picture of how big-ship cruising could slowly restart in regions across the world where it is deemed safe to do so.

Although Donald did not mention Costa by name, he cited the progress being made with cruising in Italy on the heels of AIDA's resumption of shorter voyages from Germany that are set to begin on August 5, along with short sailings aboard Hapag-Lloyd Cruises and TUI's Mein Schiff 2.

As it sits now, Costa Cruises' tentative resumption of service plans -- which are still subject to change -- could look something like this:

According to the document transcribed by Crew Center, Costa's first phase of sailing resumption could begin as early as August 15 and would utilize three vessels catering only to Italian passengers.

Costa Deliziosa, Costa Diadema and Costa Luminosa would sail between 50 and 60 percent full between August and September and would only carry Italian residents. Costa Deliziosa and Costa Diadema would tentatively operate weeklong voyages in the Eastern and Western Mediterranean, stopping only in Italian ports of call, as well as Valletta, Malta.

Costa Deliziosa would sail from Venice on August 15, with Costa Diadema joining on a voyage from Genoa to Civitavecchia (Rome) on August 29. Costa Luminosa would be deployed on voyages in the Middle East sailing from Dubai..

Starting in October, Costa Smeralda would join the other three vessels in active operations. All four ships would now be open to residents from Italy, Spain and France.

In November, Costa's tentative plan would enter Phase Three. Cruises would now be opened up to all European Union residents. No new ships would be activated this month.

In December, two additional Costa vessels -- Costa Fascinosa and Costa Firenze -- are tentatively scheduled to operate a variety of cruises in the Eastern and Western Mediterranean, along with early plans to potentially operate cruises in the Caribbean, South America, and the Middle Est.

By phases three and four, occupancy levels are expected to be around 70 to 80 percent, depending on vessel.

In late-December, Phase Five would take effect. Costa Pacifica would be activated. The ship would sail on December 26, 2020 on a 14-day voyage to Marseille, Barcelona, Casablanca, Arrecife, Fuerteventura, Tenerife, Funchal and Malaga.

Additionally, early plans call for Costa's World Cruise to commence as scheduled on January 5, 2021 in Phase Five.  No indications as of yet which nationalities would be able to participate in these Phase Five voyages, including the World Cruise.

Cruise Critic will update this article as more information becomes available from Costa.