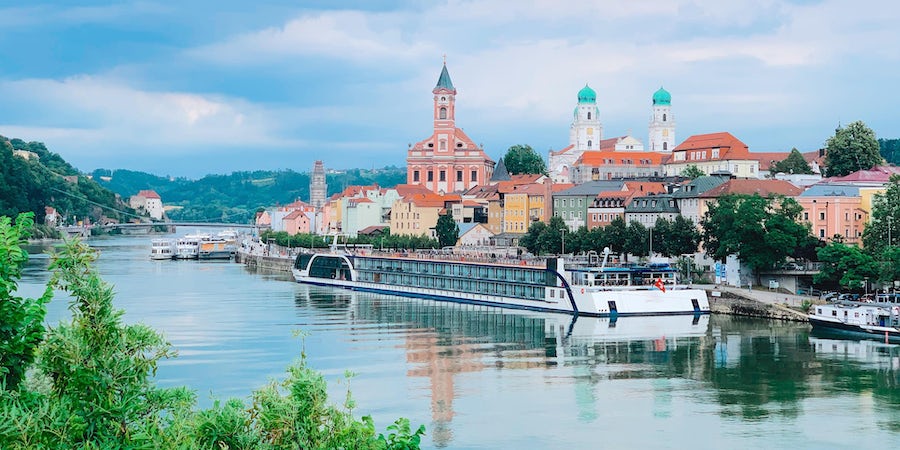 What Europe Being Closed to Americans Means for European River Cruising

(2 p.m. EDT) -- With citizens of the United States now temporarily restricted from traveling to the European Union because of the COVID-19 pandemic, the European river cruise industry could be among the most heavily affected.

These lines would stand to be most heavily affected by a ban on American travelers, though each do also draw small percentages of Australians, Canadians and Brits.

Though temporary -- the ruling will be revisited every 14 days -- these new travel restrictions add one more layer of confusion to an already-chaotic cruise vacation landscape.

What About American Cruisers Booked on River Cruises Later this Year?

Many river cruise lines listed are members of CLIA (Viking being a notable exception), which had already suspended cruises through September 15, 2020. Those suspensions, however, only applied to sailings leaving from U.S. homeports so that had left some hope for at least a partial summer European season.

The German river cruise line Nicko became the first to return to the Rhine and Danube, on sailings for European nationalities on June 1. A-ROSA has followed with cruises on the Douro, again for Europeans.

The rising COVID-19 caseload in the U.S. these past two weeks have dashed hopes that Americans could join them. The possibility remains that American travelers could still take their currently scheduled river cruises later this year, as the European Union has committed to reviewing the list of permissible countries allowed to enter the bloc every 14 days.

But for Americans to find themselves Europe-bound again, infection rates in the United States must decrease.

What River Cruise Lines Are Affected -- And Which Aren't

Some river cruise lines are likely to be more affected by this week's ruling than others.

A few lines, like Grand Circle, Tauck, and Vantage Deluxe World Travel, cater almost exclusively to American travelers, and would stand to be heavily impacted by these new regulations.

On the flip side of the coin, river and ocean cruise operators Emerald Waterways and Scenic pull a larger percentage of travelers from Australia, Canada and the United Kingdom -- all nations that, as of July 1, are technically permitted to travel to the European Union's 26 member countries.

For lines like AmaWaterways, Uniworld and Viking, the reduction in travellers from the United States, however temporary, could mean re-introducing fewer ships on the rivers of Europe to cater to the demand from countries that are still able to travel to Europe during this ongoing pandemic.

AmaWaterways has already partnered with a German tour operator to offre river cruises for that nationality, starting July 5.

"As we await the green light for American travelers, we are excited to have this opportunity to start operating and once again lead the way in river cruising by putting our new safety and health protocols into practice while safeguarding our guests’ enjoyment," said AmaWaterways Founder and President Rudi Schreiner. "Resuming operations, even on a limited scale, is also an opportunity to provide much-needed employment for our crews in Europe. It’s their passion that contributes so much to our guests’ positive experience on our ships, and we’re very happy to welcome them back.”

American travelers booked on ocean cruises from Europe this year also face uncertainty. While most oceangoing lines have extended their operational pauses well into the fall, these regulations, if extended, could affect American participation in oceangoing voyages as well.

What Happens to Cruisers Who Can't Legally Visit Europe?

Cruisers have had four months to get used to the rolling cancellations that have dramatically affected the operations of river and ocean cruise lines around the world.

Now, would-be vacationers will need to get used to the confusion surrounding local regulations and restrictions on travel as the cruising industry slowly restarts.

For Americans booked on river and ocean cruises in Europe, the additional uncertainty is adding another layer of complication to an already-problematic year for travel.

"Based on the announcement from the EU today, I don't see how anyone from the US is going to be able to take a river cruise in Europe this year," writes member Roz on a discussion on Cruise Critic's river cruise message boards. "I wonder how the cruise lines will handle this?  If they don't cancel the cruise but the passengers from the US aren't allowed to enter, will the passengers get their money back?"

The big question here is how river cruise lines will respond to this new ruling, in terms of offering flexibility to booked passengers from countries that are now prohibited from entering.

Cruise Critic reached out to several river cruise lines for comment on potential cancellation policies as a result of this ruling and will update this story as information becomes available.