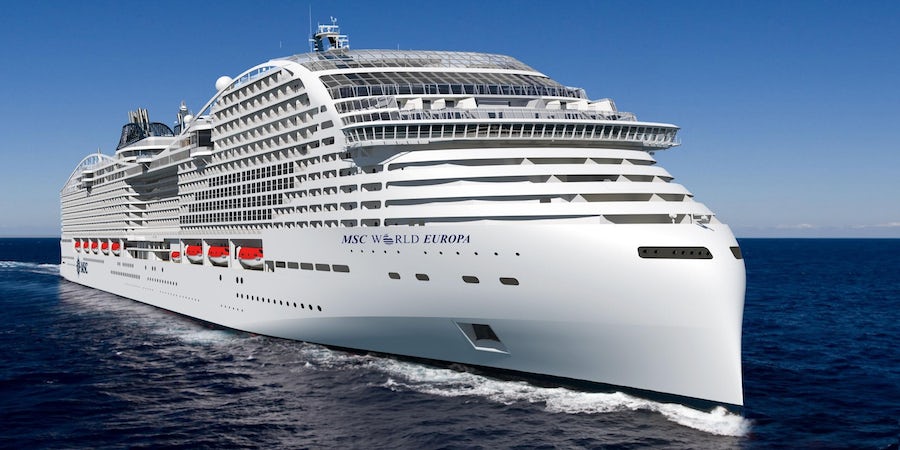 (10:30 a.m. EDT) -- MSC Cruises held a coin ceremony today to mark the first stage in the build of its next ship class -- World Class.

The coin ceremony -- in which a godmother places a coin under the first keel block of the ship -- for World Europa took place at the Chantiers D'Atlantique shipyard in France.

The 5,400-passenger Europa will be the line's first ship powered by Liquefied Natural Gas and is due to launch in 2022. It will be the first of up to four World Class ships from the line.

"MSC World Europa is further proof of our commitment to environmental stewardship as she is set to reduce carbon emissions even further than many other existing cruise ships powered by LNG, which is currently the most environmentally friendly fuel for commercial maritime operations," Pierfrancesco Vago said.

"With this vessel, we also reconfirm our belief in investing in advanced environmental technology to meet our long-term goal of zero emissions from operations."

Laurent Castaing, general manager of Chantiers de l’Atlantique, noted the ship is yet another link in a long partnership between MSC and the shipyard.

"We are proud to start the building of a ship which will set the standards for the cruise of the future," Castaing said. "This is a major milestone in the history of our 20-year cooperation with MSC Cruises, which has already resulted in some of the most innovative cruise ships ever built."

MSC Cruises' next ship MSC Virtuosa is under construction at the shipyard and was due to be delivered in November. However, due to shutdowns during the coronavirus pandemic, it has been delayed until next year.