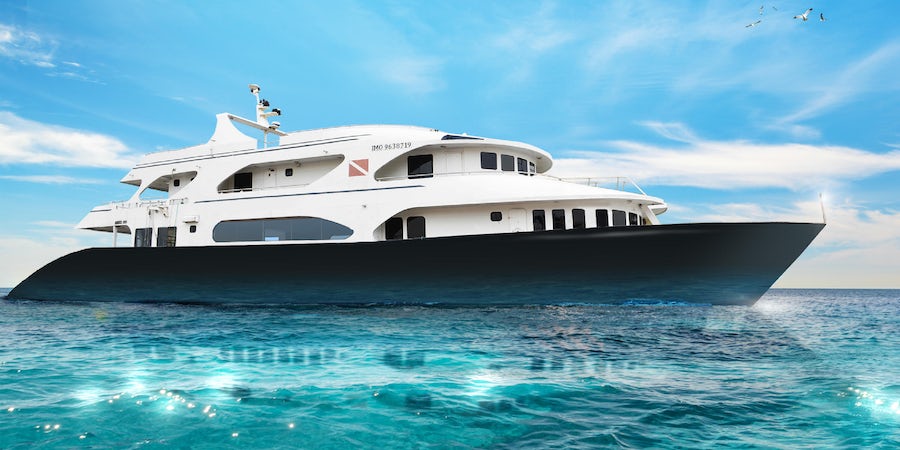 The nine-cabin ship, called Kontiki, will set sail on December 13 offering two eight-day itineraries from Mompiche in the north of the country to Machala in the south and then back, via a different set of ports.

The programs are led by 10 crew members and two local experts committed to sustainability and conscious travel. Onboard, there will also be wellness professionals, naturalist guides and a local chef.

The line has also outlined its stringent health policy in detail, which includes mandatory temperature checks pre-boarding, deep cleaning throughout the voyage of public spaces multiple times a day and cabins; gloves and masks for crew serving meals, staggered meal times and hand sanitizer available throughout the ship.

The vessels are 128 feet-long and include nine cabins, a sundeck, a gourmet salon, two outdoor lounges, bar, Jacuzzi, and a gym and fitness area.

The first two itineraries, The Toquilla Expedition and The Spondylus Expedition, travel along the Ecuadorian coast calling in at tiny ports along the way. Shore excursions include bird-spotting, trekking, indigenous foods and cultural traditions.

Pricing begins at $7245 per person per week, based on double occupancy, and includes all activities, meals, transfers to and from ports, park entrances, guided expeditions and more. Solo traveler rate and private charter rates are also available.

A second ship, also called Kontiki, will follow in 2021.