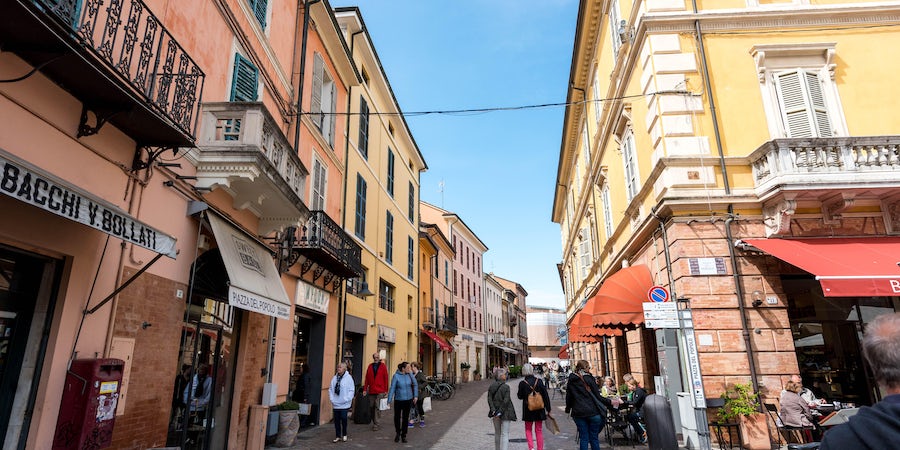 (4:52 p.m. EDT) -- Royal Caribbean is advising passengers booked on cruises departing from Venice next summer that their voyages will now depart from the town of Ravenna, located roughly 88 miles (143 kilometers) to the south.

In a letter sent to passengers first posted on the

site, Royal Caribbean advises that it has switched the homeport of Rhapsody of the Seas from Venice to Ravenna for the entirety of the ship's 2021 summer Mediterranean season.

"Given increased concerns regarding the future of cruising in Venice, Italy, in the future, Rhapsody of the Seas will now sail from a new homeport in Ravenna, Italy -- a city located just a couple hours south of Venice," according to the statement, which was sent to booked passengers aboard Rhapsody of the Seas. "Understanding how much time and effort go into planning your vacation, we've made the decision to ensure there's minimal last-minute impact to your upcoming cruise."

The future of cruising has been the subject of much debate even before the COVID-19 coronavirus pandemic that has wreaked havoc across the travel industry. From last year's much-publicized crash of MSC Opera into the Uniworld river cruise ship River Countess to issues surrounding flooding, reports of Venice banning ships, and ongoing debates surrounding mass-tourism in the famous destination, cruises to and from Venice were already on rocky footing.

"We have cruised twice out Venice and it's awesome but the writing has been on the wall for a while," cruisingator2 wrote.  "Expect other cruise lines to follow. The locals do not want the ships cruising from Venice. "

"As much as we love Ravenna having been there twice and back again in May on Azamara, it is a big loss losing Venice," ECCruise wrote. "But not one that is unexpected when the sentiment in the city is strongly against the over tourism that has engulfed it.  Cruise ships are only a part of that but they are more visible (as well as the potential damage to the canals). Times change unfortunately."

Venice is still listed as a port of embarkation on some 2021 itineraries and all 2020 itineraries. Cruise Critic has reached out to Royal Caribbean for comment and will update this article once we hear back.