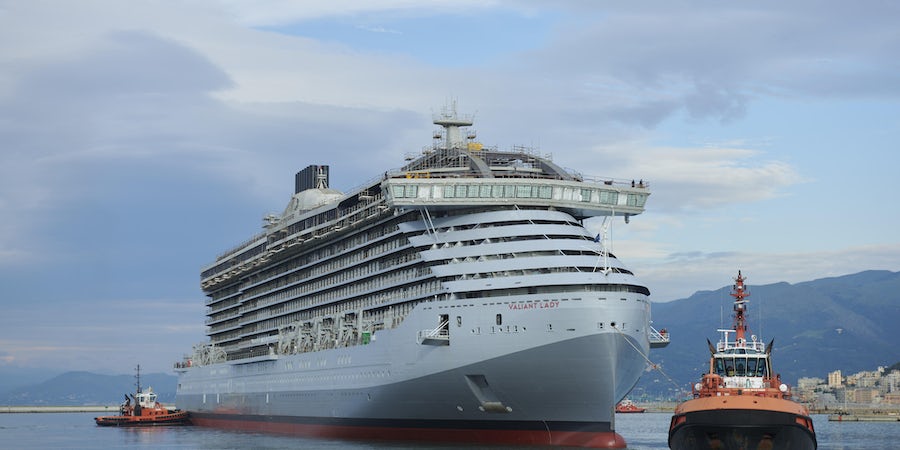 The 2,750-passenger ship is set to launch in May 2021 and will be based in Barcelona, offering seven-night Med cruises including an overnight in Ibiza. Other ports of call will include Monte Carlo, Olbia, Cagliari and Gibraltar.

Valiant Lady is a sister to Scarlet Lady, which made its debut in February in Dover, but due to the coronavirus pandemic has not been officially launched yet.

Scarlet Lady was due to be named in Miami in March and start a series of short Caribbean cruises, including calls at the line's beach club in Bimini.

But as the coronavirus pandemic swept Europe and North America, Virgin had to postpone sailings until mid-July. Its Maiden Voyage had, at the time, been rescheduled for August 7.

However, as the situation grew worse and the CDC put in place a 100-day no-sail order in April, Virgin put the launch date back to October 16 and the official naming until March 2021.

The line has some generous incentives to ensure booked passengers -- which Virgin calls "sailors" -- to get onboard once it finally enters service.

All passengers on affected voyages will receive a 200 percent future cruise credit, equivalent to double the amount currently paid by booked guests. It is a sum that is the most generous in the industry where 125 or even 100 percent are standard.

When Are Cruise Lines Expected to Resume Service?