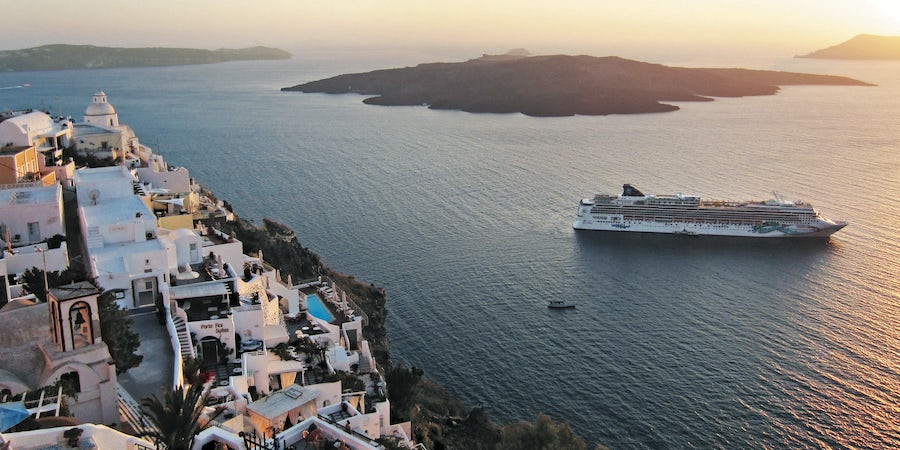 When Will the Mediterranean Open Up to Cruises?

(12:05 p.m. EDT) -- The Mediterranean is gradually opening up to tourism, hoping to salvage what's left of the summer high season -- but not to cruises anytime soon.

Italy is already open; Spain opens next week and Greece from July, but only to flights.

These countries cite a variety of reasons they are not accepting cruise ships in the near future -- the obvious one being there are no cruise ships to accept right now.

Indeed, the U.K.'s biggest cruise line, P&O Cruises, has extended its pause in operations until the middle of October, wiping out the entire summer season.

And of the other major lines, most plan on returning August 1, but the smart money is on that date pushed back further, as Viking (August 31) has done and Holland America Line and Princess Cruises have both done (2020 season).

We caught up with tourism ministers and cruise lines to find out whether there will be a summer season in the Mediterranean this year.

Government Guidelines Will Set the Strategy.

The other major obstacle facing cruise lines is that there are no universally accepted health protocols in place, despite a few lines such as Norwegian Cruise Line, Regent Seven Seas, Windstar and Princess putting out a rough framework.

"Cruise companies look forward to hearing what the US Centers for Disease Control are going to say," said Virginia Lopez, CEO of Cruise News Media Group. "Ports and destinations are also waiting to hear from cruise lines while they review the feasibility of their government's measures.

"There is not enough information nor is the information unified. There are more than 400 cruise destinations in the Mediterranean and it seems that each of them is implementing its own rules, so before navigating normally it will be necessary to comply with all of them."

The challenge for ports is that the health measures that have been put in place are so far only for airports, which only have to process around 200 passengers arriving at once -- and are dealing with a point-to-point arrival.

A number of organizations we spoke to, who did not wish to be named, laid the delays and uncertainty firmly at nation level:

"The ones that need to take this decision are the ministers or the presidents of the countries because the EU is sending to the state members some recommendations, but not yet guidelines," one spokesperson said.

Another said: "We are working on this, but the decision depends on the national governments. I guess once a brave government does it, the next one will be easier. We need a brave one."

And that's the other key issue -- unless there are clear guidelines in place at a country level, there is little hope of cruising restarting this side of October.

Leslie Peden, chief commercial officer of Celestyal Cruises, which is due to restart July 31 -- said: "We also need to wait for an industry-wide and EU approach and protocol to be finalized."

"The Government of the Balearic Islands is in permanent contact with the main shipping companies which operate in the islands and employers in the sector to analyze and plan the reactivation of the activity in the safest way possible, both for visitors and for our residents."

Carlos Rubio, President of Malaga Port Authority, said: "We continue being in direct contact with the companies, informing them about the measures carried out at the port and destination regarding health security and proposing new routes that may be attractive to their clients."

Will There Be a Phased Return to Cruising?

This has been mooted as a possible solution to restarting cruising, keeping within (or around) countries; fewer stops and even so-called "cruises to nowhere", as Lopez suggests.

"I am sure some companies are considering "cruises to nowhere", TUI and others have mentioned it," she said.

"I think an itinerary in the same country is also an interesting option. This is already working in the north with SeaDream cruises and Hurtigruten in Norway. Ponant is looking at France and Celestyal Cruises is eager to start its operations around the Greek Islands.

"TUI has its eyes on the Balearic Islands and the Canary Islands where, incidentally, Croisi Europe has announced it will operate this summer with its ocean ship Belle of the Oceans."

What Changes Can We Expect to See Once Cruising Does Restart?

One silver lining could be that those ports associated with overtourism -- Palma, Dubrovnik, Barcelona and Venice, for example -- might welcome the sight of a cruise ship due to the devastating impact the lack of tourism is having on local economies.

"Palma's travel industry as a whole has been hit significantly because of this crisis, including those that work in the cruise sector," Noruegela said. "We are clear that the cruise industry is a very important part of Palma's tourism economy. We just need to look at ways to ensure that cruises don't have a negative impact on our city.

"We need to look at staggered arrivals, limiting shore excursions on certain days and spreading the cruise tourism across the year to ensure a more long-term and sustainable model."

"It will take up to two years to return to 'normality,' though I hope that this will be a turning point, that the new normality won't mean streets so packed I can hardly even run my tours."

To that end, the Balearics have already been hard at work implementing crowd control measures: "Even before this crisis, together with Palma Tourist Board we were looking at a number of measures to reduce crowds from cruise ships and redirect traffic around the city through the use of live heat sensors; indicating through an app, which places were overcrowded and redirecting cruise passengers to other areas of the city," Negueruela said.

"Going forward, technology such as this could play a vital part to help manage the flow of tourists. We also anticipate numbers on cruise ships will be reduced and land excursions will need to be adapted for smaller groups as well as new health and safety measures; more signage, more protocols for sanitation."

How Are Ports Dealing With Health Protocols?

"Malaga was one of the first ports to adapt prevention measures in March, before the state of alarm," Rubio said. "The cruise terminals implemented specific action protocols, such as information to passengers, sanitization of the facilities before, during and after the calls, use of individual protection equipment, and reservation of evacuation rooms and confinement of people with symptoms.

"Yes, not only are we working closely with the ports, but we are also examining ways of reducing the waiting time and, consequently, the number of people in the terminals at any given time."

Ports are hurting, some more than others. Take Malaga, for example, which receives almost a ship a day (300 in 2019) and welcomed 500,000 passengers last year. The Port Authority estimates that cruise and its associated activities account for 20 percent of income.

"The decrease in cruise traffic in our port has coincided with one of the high seasons -- spring -- so the impact on the economy of the capital and province is even bigger, although we hope to be able to increase the activity little by little in the second semester of the year," Rubio said. "So the economic impact is to be notable in 2020."

Will There be a Med Season?

The short answer is, it's still too early to say.

"Cruising will restart when ports in the region reopen and enough viable airlift is reinstated from our key source markets," Peden said.

But one person we spoke to believes it is already over: "Cruise lines are delaying and delaying their comeback, and I think the 2020 season is already lost. Gone.

"We are trying to work on the opposite. I am trying to get ships going again. For example, itineraries round one country like Italy, Spain and the Greek islands."

But another, who also did not wish to be named, said he was confident cruising would restart this summer: "Cruises will come back, but it is still too early to say when.

"There are discussions taking place at a high level, but we need those health protocols in place. Once they are, then we can talk about a restart date."