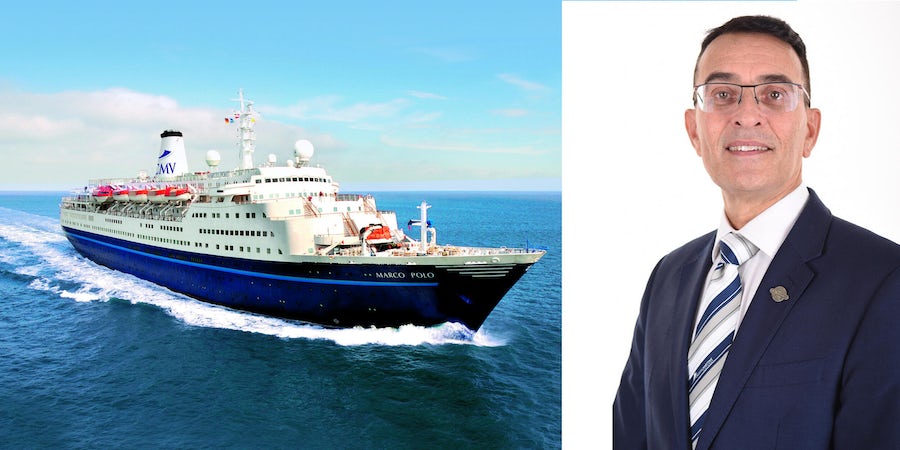 Will Cruise & Maritime Voyages Sail In July? We Talk to the Boss on Restart Dates, Health Protocols and Why The Line Is Primed For Social Distancing

Editor's note: Since this story was published, CMV has announced a suspension of sailing until August 25th, 2020.

(2:30 p.m. BST) -- If you want to take a July cruise, there's just one British cruise line standing at the moment.

With P&O Cruises suspending operations until October, Fred. Olsen Cruise Lines on an indefinite pause, Saga cancelled until September and Marella Cruises until the end of July, that leaves only Cruise & Maritime Voyages with July cruises still on the books.

We caught up with Mike Hall, the line's marketing director, to find out whether that July 1 restart date is realistic, where people are booking -- and what it'll be like onboard, in terms of keeping people safe.

Many cruise lines including some of the biggest in the world, are talking about a "phased" return to cruising -- i.e. starting out with a limited number of ships operating in a specific area. But CMV is going to take a different tack.

"We do not currently anticipate a phased return to cruising although this is under constant review," Hall said. "It may become necessary to amend some fleet deployment and itineraries depending upon the opening of individual countries and ports."

Hall also wouldn't firmly commit to July 1, noting that many government travel advisories are still in effect, and many countries and ports are still in lockdown.

"At this stage, Cruise & Maritime Voyages (CMV) have taken the decision to suspend all our worldwide cruises to 30th June 2020. We are constantly reviewing the developing regulations and opening of lock-down procedures in all countries that we operate."

There has been a lot of discussion about health protocols onboard when cruising does resume, with a number of lines laying out their mew guidelines. One glimpse into the future comes from Nicko cruises, a small German river cruise line which set sail last Monday (June 1).

CMV has not yet published its official new protocols, but is working closely with industry organizations to get them in place before the end of this month, Hall said.

Changes he mentioned included the following: pre-cruise screening and even pre-cruise testing, increased sanitation intervals and procedures, frequent temperature checks and social distancing onboard. "(We'll be) taking all preventive measures to enable us to continue to provide a safe environment for all of our crew and guests so they can enjoy their cruising holiday with confidence."

The line is also watching what measures will be imposed by different governments and health organizations so "we are flexible to adapt them at short notice."

CMV Has an Advantage for Social Distancing

One of the big debates taking place within cruising, particularly the Cruise Critic Message Boards is whether it's possible -- or indeed fun -- to cruise if you need to social distance. Members are divided, with many questioning how this can even be enforced, especially on family ships.

CMV has a number of advantages that promote natural social distancing, Hall explained. Those include smaller ships that already carry fewer passengers -- from 800 to 1,400 passengers, small in this age of megaships; older ships, with a higher passenger-space ratio; and lots of outdoor space with huge promenades. The line is also effectively adults-only, making it easier to ensure compliance than a ship full of families with small children, Hall said.

But the line plans to take those advantages and build upon them, Hall said: "We are reviewing the option of providing more single cabins for the growing solos market."

The line is also considering -- as TUI Cruises has outlined -- operating ship's at significantly less than full capacity: "We do have the option and latitude within our budgeting to reduce capacity with more cabins for sole occupancy."

One of the trends emerging from all cruise lines is that many people, mostly loyal cruisers, have opted for a future cruise credit (FCC) over a refund. It's no different with CMV's passengers, roughly 30 percent of whom are opting for a refund, Hall said. Like many lines, CMV made their FCC voucher 125 percent of the cruise fare as an enticement.

In terms of future bookings, there is a move towards cruising closer to home, Hall said.

"Across all our UK-based ships, the top choice destination for 2021 is the British Isles where we offer an extensive range of itineraries including more remote ports of call."

Other popular destinations include Arctic Greenland and Iceland; Canada, Greenland, Iceland and the Northern Lights; and the Black Sea and Mediterranean are all very well sold on the line's newest ship, Amy Johnson. It's no coincidence that most of these cruises do not require a flight to board.

Reassuring Cruisers That It's Safe to Sail

CMV's demographic skews older, but Hall said it's important to emphasise that there have been no cases of COVID-19 on any of the line's ships.

"As a no-fly proposition serving home markets, we operate smaller to medium-sized ships carrying fewer passengers, so we believe our brand and market positioning may well be better suited than some other cruise lines to reassure our customers," Hall said.

" We have received overwhelming support from our loyal customers eager to cruise with us again soon, which is a rich source of encouragement to all of us at CMV."

Hall said that he was confident that when restrictions lift, the virus recedes and eventually when a vaccine becomes available, cruising will have a "a surge of renewed interest."

"Consumers will re-evaluate their lives putting travel back at the very top of their ‘wish lists’," he said.