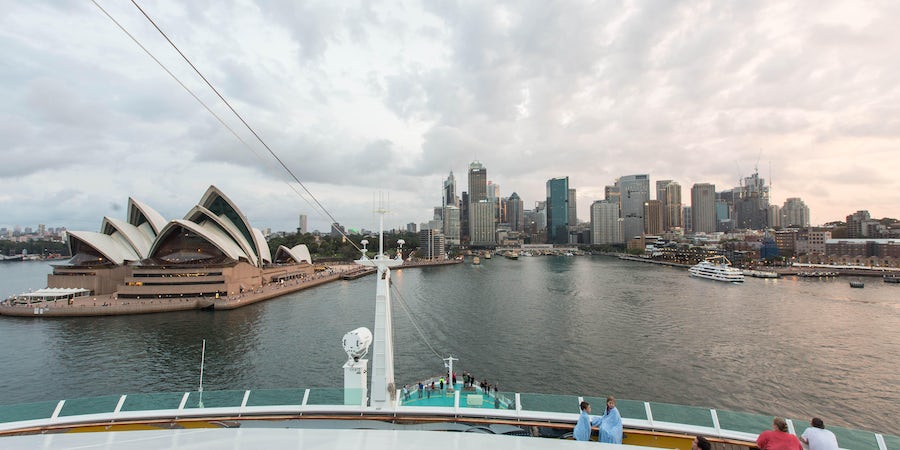 (Updated 11:15 a.m. EDT) – Australia has extended its ban on cruise ships entering its territorial waters for three additional months - though local expedition operators cruising in Australian waters could come back as early as July.The ban -- which was originally due to end on June 17 -- has now been extended until September 17.The Australian Border Force made the announcement late last week. The ban covers any cruise ship capable of carrying over 100 passengers that has left a foreign port. Both round-trip cruises sailing from Australian ports of call and vessels seeking to call on Australian ports after arriving from a foreign port are affected.Currently, much of the country has closed its borders. Western Australia, South Australia, Tasmania, the Northern Territory and the state of Queensland -- which includes the Great Barrier Reef -- have closed their borders.The region's largest cruise operator, P&O Australia, has extended its operational pause on cruises to reflect the Australian Border Force's latest recommendations."In response to continuing travel restrictions due to the impact of COVID-19, we have implemented a temporary pause of our operations for sailings to September 17, 2020 in Australia and until August 31, 2020 in New Zealand," the line said in a statement

.This extension ends the parity between Australia and New Zealand, which had planned to have a "bubble" between the two countries that would facilitate travel back and forth. At this point, that would seem to exclude ocean travel. Australia has hinted, however, that it may relax these restrictions for small-ship expedition operators that are staying within the confines of Australian waters. The Australian Tourism Restart Taskforce has confimed that it hopes to welcome a restart to domestic expedition cruises beginning in July. While the task force didn't identify individual cruise lines, Australian-flagged small-ship operator Coral Expeditons would be a likely choice: the line offers itineraries through the country's rugged Kimberley region, along with voyages through Tasmania and the Great Barrier Reef.The Canadian government announced in April that it was banning cruise ships from entering its waters through July 1, while its Arctic waters are closed through the fall. That ban is set to be revisited on June 30, though

port operators indicate the likelihood of the ban being extended further.Most cruise lines sailing from Canada's west and east coasts have already cancelled the bulk of their Alaska and Canada and New England sailings.Spain has also extended its ban on cruise ships entering Spanish ports. While the country hopes to start welcoming international travelers again beginning July 1 by lifting the existing mandatory two-week quarantine for visitors, the government has indicated the ban on cruise ships will remain until the country's state of emergency is declared over.