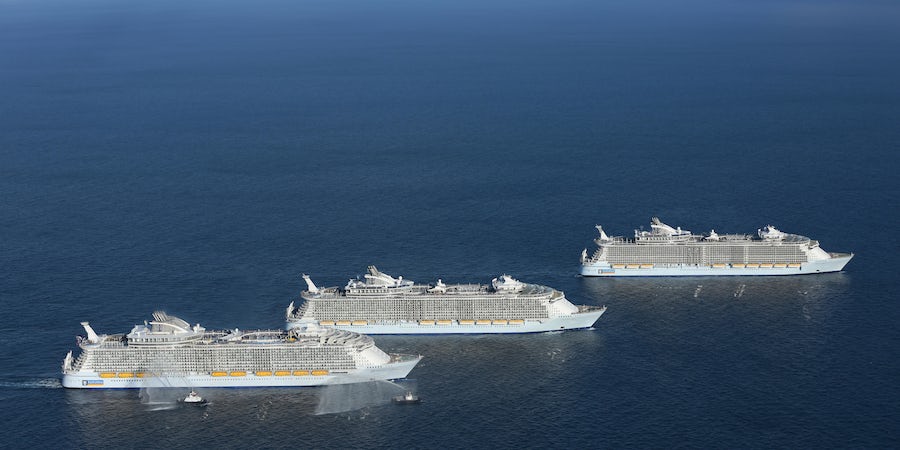 Royal Caribbean Eyes A Staggered Approach to Resumption of Cruises

(12:42 p.m. EDT) – Royal Caribbean Cruises Ltd. is looking at a staggered resumption of cruises, both in terms of the destinations its lines visit and the ships it returns to service first.

In comments made during Royal Caribbean's first quarter earnings call this morning with Royal Caribbean Cruises Ltd. chairman and CEO Richard Fain, RCCL CFO Jason Libery and Royal Caribbean president and CEO Michael Bayley, the trio alluded to the fact that the resumption of operations will be a phased approach -- the equivalent of a dimmer switch on a lamp.

At the outset, Fain referenced the tragic events of 9/11, alluding to the fact that travel in the post-September 11 world did not stop, and did not go back to 'normal'.

"What happened is that we adjusted," said Fain. "Travel didn't simply revert to what it had been, rather, travel adjusted to the new normal. I believe personally that the same thing is going to happen in the post COVID-19 world. Travel and tourism will grow but…will do so not by mimicking what we used to do, but by meeting the demands of the new world."

In Discussion with Worldwide Ports

During the call, Bayley hinted that Royal Caribbean would likely resume operations in certain regions before others. Much of this is due to the fact that the COVID-19 coronavirus pandemic continues to affect different parts of the world in different ways. Regions including Asia and Europe -- which went through the virus first -- are now starting to resume a more normal life as North America still grapples with it.

"It is highly likely the Asian markets or the European region could come back earlier," Bayley said. "We're very aware of these different landscapes and I think we're also relatively pleased we have this global infrastructure that we can leverage.

"Interestingly, we are already in dialogue with over 40 different ports and destinations around the world in terms of return to service. In fact, we get many calls asking when we're going to bring our ships there."

The trio noted that any return to service will only be done in conjunction with local health authorities to ensure the proper safety procedures are in place for both passengers and crew.

Executives admitted that Royal Caribbean would not return immediately to its pre-pandemic deployment on a worldwide basis, instead focusing on select regions where cruising is safe to resume. It said discussions around these regions and sailings are ongoing.

"In the American market, destinations like Perfect Day at CocoCay will be key to our start up," said Bayley.

Currently, Royal Caribbean's entire fleet and destination lineup are available for booking into 2021 and beyond.

Royal Caribbean reported a net loss of $1.48 billion for the first quarter of 2020 due to the ongoing COVID-19 coronavirus pandemic but suggested that bookings for 2021 were well within historical limits.

The company also noted that in terms of affected guests on sailings cancelled due to sailing suspensions as a result of the coronavirus pandemic, a full 55 percent of booked passengers were electing to take the Future Cruise Credit, or FCC. Only 45 percent were requesting refunds.

"Younger cruisers --millennials -- are looking more for their cash back, while families and baby boomers are likely to take the FCC and utilize it," said Liberty.

Bayley noted that Royal Caribbean has seen a strong boost from its loyal Crown & Anchor members, with bookings for 2020 and 2021 being driven primarily by past passengers.

"We've really seen surprising demand from our loyalty members," said Bayley. "Their response to promotions that we've put into the market has been surprisingly positive."

Given the need for social distancing, it might be reasonable to assume that Royal Caribbean's smaller vessels carrying fewer passengers might come back first. But Liberty stated that the economic data points in a different direction.

"I do think that you will see ships that are retired at a much higher pace. The combination of what's happening with COVID-19 and then the IMO regulations, you'll see some older ships for possible sale."

"Their newer vessels load factors can be lower because they have great economies of scale and increased efficiencies," said Liberty. "The newer ships have more public space per passenger and have great consideration for return to service, as well as other ships we've modernized."

Those looking for blowout cruise deals may be out of luck: lower load factors mean pricing is likely to remain steady for sailings well into 2021.

Asked about possibly scrapping older vessels, Liberty didn't rule it out. However, he noted that a slowdown in newbuild programs - which have continued largely unabated for three decades now -- would result in some older tonnage being kept around in the interim.

"The newbuilding programs for us and for the industry will possibly slow," said Liberty. "The yards are just thinking about getting up and running. You'll see a permanent shift in newbuilds which will weigh on capacity growth for some time."

"We also have to think about as we bring them back, the cooler the layup, the more time it will take to return that ship to service," he said.

Other lines are already enacting similar measures. Earlier this month, Carnival Cruise Line announced it would return only eight of its 27-ship fleet to service beginning on August 1, while small-ship brand Windstar Cruises released plans to phase its fleet back into service beginning September 3, with its final vessel coming online in July of 2021.

Royal Caribbean is expected to announce a further sailing suspension until July 31 across its brands later this afternoon.