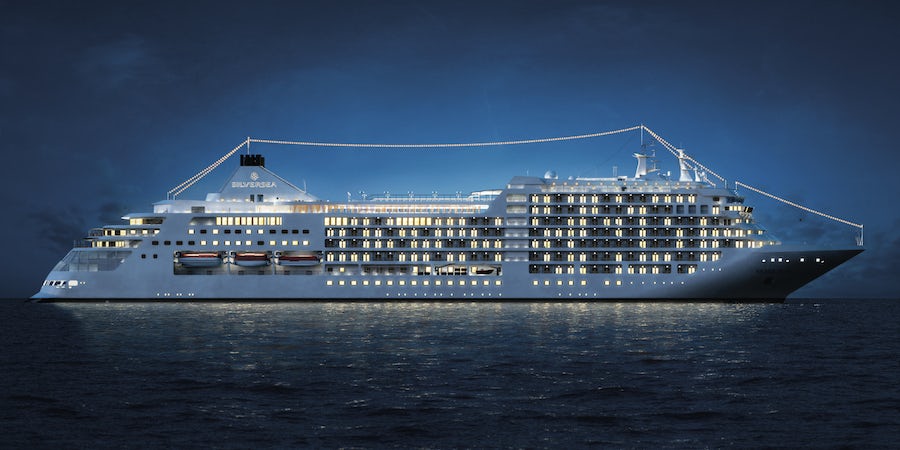 (9:30 a.m. EDT) -- Luxury and expedition cruise line Silversea has confirmed delays on two of its new cruise ships debuting in 2020 -- Silver Moon by two months and Silver Origin by a month.

The 596-passenger Silver Moon, a sister to flagship to Silver Muse, was due to launch in August in Trieste, Italy, but shipyard closures have forced the start date back to October 2. The launch of the line’s purpose-built Galapagos ship, the 100-passenger Silver Origin, will now be August 22.

However, Silversea confirmed its planned new-build program of five ships, including these two, would be unaffected.

The line is not alone -- shipyard closures across Europe have led to a significant number of delays both of new builds and refurbishments.

At a press briefing today, Silversea's President and CEO Roberto Martinoli, said: "Our future expansion projects are not affected.

"We have and we will continue to have five firm ship orders: Origin will be a ship in operation soon, sometime in October we will have Moon starting operations, so that's two of the five.

"And then Silver Moon will be in operation next year, being delivered in Ancona after the summer.

"And the two Evolution vessels that are being built and designed in Germany will come after that, so in terms of firm orders there are no changes."

He added: "We are also looking to other projects, and this pandemic situation has delayed our 'homework' in terms of what it is we want to order next, and I would expect we will have a clearer picture by the end of the summer when we will hopefully be back to a normal operation and we will be able to work on our expansion plans which will continue to be aggressive."

Martinoli admitted business was difficult in the short term with the line dealing with "hundreds" of cancellations, but that in the long term the interest was still high. The line went from a norm of 10 to 20 cancellations a day to more than 1,000.

"We've had eight weeks of disheartening news, but the numbers are beginning to look positive, and that gives me great hope for the future," he said.

Chief Marketing Officer Barbara Muckermann said she had been heartened by the fact many passengers who canceled and requested a refund then proceeded to rebook two weeks later.

She added that the age group rebooking the most were the 61- to 80-year-olds: "The older the guest, the more they choose a future cruise credit over a refund. The older generation is booking with a higher frequency than the other generations. ... The Baby Boomers/Silent Generation want to go back."

In terms of where passengers want to go, there's a strong trend toward people rebooking the same itinerary in 2021 that they had planned in 2020, Muckermann said. If they booked a Mediterranean cruise this year, that's the exact trip they want to do next year.

Another trend is that the people are seeking out remote destinations, with the Galapagos as the most-popular itinerary, followed by Antarctica. Part of this could be that guests are leery of heavily populated areas and want to go where they know there are fewer people. But another strong factor is that these are "bucket list" places, she said.

With the Galapagos, the cruise executives expressed excitement for Silver Origin, which is being built at Shipyard De Hoop. It underwent sea trials in late April, with much of the work done remotely -- a first for the industry, they said. The ship still needs to get indoor and outdoor furnishings from Italy, the U.S. and China, as well as artwork from the U.K., before it transits the Atlantic to Ecuador over the summer.

Getting to remote destinations during a pandemic is difficult, as countries have different flight regulations; Ecuador is still closed to flights, the line pointed out. But Silversea had already made a practice of chartering passengers to the more remote ports from larger airports; this could be expanded to guarantee that guests still have a luxury Silversea experience, she said.

Another destination emerging as popular are the British Isles, with cruises leaving from Tilbury.

Muckermann also directly addressed how the new food and wine program known as S.A.L.T. (Sea And Land Taste) -- which was due to launch on Silver Moon -- would be affected by the delay: "We're not expecting any changes apart from the delay due to the Fincantieri shipyard.

"Once Moon comes out, the S.A.L.T. program will be fully implemented. The biggest difference will be on the shore excursions. We are in touch with our shore excursion operators to ensure they are managed with the highest possible safety, which might mean we rent a whole restaurant for our guests rather than sharing with other people."

The webinar also touched upon health and safety concerns, including visits to remote parts of the globe, such as Antarctica, where COVID-19 has not taken hold:

"We follow very stringent protocols today but we also have a little bit of benefit there because we have less contact with other cruise ship guests," SVP of Hotel Operations Damien O'Connor said.

He also addressed the issue of social distancing and said Silversea was well placed as it had one of the highest space-to-passenger ratio of any cruise line: "We are in a privileged position because of the space of our ships. There will no doubt be less guest-to-crew contact, but we are not saying there will be less guest-to-guest contact."

He did not go into any more details in terms of onboard health and safety protocols. "We don’t know 100 percent what that is today." He did note that the buffets on Silversea are not self-serve, so the line likely can continue having that casual option, continuing with waiter service.

The line could not confirm a definite return to the sea date (at present Silver Moon is scheduled to resume sailing July 17).

O'Connor said: "The reason we haven't come out with a back-to-the-sea plan is because we are in a little bit of a better position having smaller ships and having less guests onboard so we will follow what the rest of the industry is doing."

Silversea operates small ships, from the 100-passenger Silver Origin, to the largest, Silver Moon, which carries 596 passengers. The ships are all suite with a high space-to-passenger ratio, so many of the social distancing issues on mainstream ships will not apply on the Silversea fleet.

Despite the hardships that the COVID-19 pandemic has caused, the guest reaction to the brand, as well as the strong rebookings and new bookings makes the Silversea executives confident that the line and cruise industry strength will return.

"They are all just like us, bored at home," said Mark Conroy, managing director of the Americas. From his customer interactions, he is hearing that the interest to travel again, once it's safe to do so, is strong.