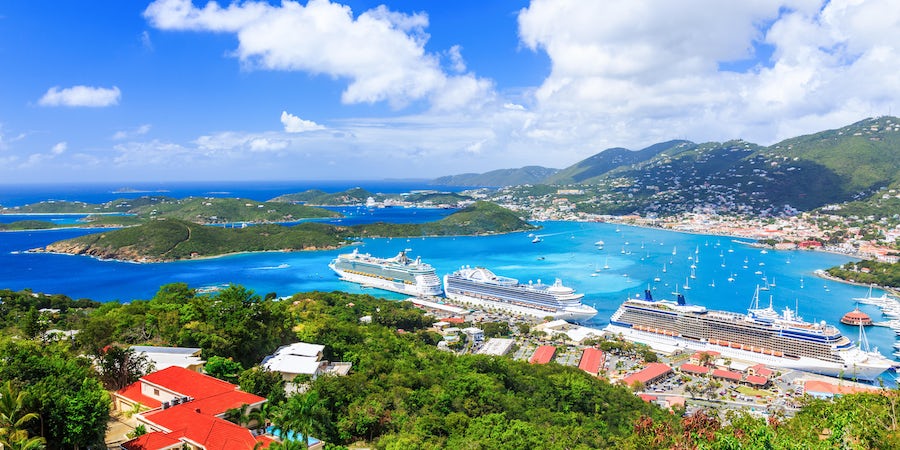 (11 a.m. EDT) -- With the COVID-19 coronavirus pandemic shutting down the cruise industry for several months, Caribbean islands have been left in limbo, facing hard choices on what comes next, when and if cruise ships return.

Most islands in the Caribbean are highly dependent on tourism, with cruise ships and the related services that they provide responsible for a large percentage of jobs for residents. While the mid-March shutdown came after the Caribbean's high season, a full summer without the regular work that cruise ships bring in could have lasting economic consequences.

At the same time, most islands have limited healthcare facilities; an influx of virus cases from tourists, both on land or sea, could prove devastating to residents. Discussions on the islands are centering on that paradox: how to bring back the tourists who fuel the economy without endangering the people who live there.

Cruise Critic is checking in with major ports in the Caribbean to see how the conversations are going. Here's what we're hearing.

Home to St. Thomas, one of the Caribbean's busiest cruise ports, the U.S.V.I. have been under the same health restrictions and warnings as parts of the United States and have been following regulations set out by the Centers for Disease Control and Prevention.

Tourists will be permitted to return to the islands June 1, but cruise ships won't come back until much later, as the lines work out their agreements with the CDC, Joseph Boschulte, Commissioner of Tourism for the territory, told Cruise Critic in an interview.

The mid-March timing of the cruise line shutdown came after most of the islands' high season, which runs from November through the end of March/early April, had already occurred, Boschulte said. Still, the revenues stopped from mid-March on, leaving the island without the crucial spring break income and run up to the Easter holidays, he said.

"We have gone from a trajectory of having a little over 1.5 million cruise customers in the territory for this fiscal year … and then we went to zero," Boschulte said. Summer traditionally has been a softer season for the Caribbean, but St. Thomas still averages between 100,000 to 115,000 cruise visitors in May and June; those two months alone represent a loss of nearly $36 million.

The Virgin Island government and tourism interests have been talking regularly to the cruise lines about their plans to return, both individually and through the Florida-Caribbean Cruise Association. Discussions center around how lines not only can ensure that passengers stay safe from COVID-19 during port stops, but also how the island can protect its residents from getting ill, Boschulte said.

Testing for the virus has become a cornerstone in requirements for lines returning, but questions remain as to who does it -- and when -- the minister said. "What do we do after they come back from touring or on the beach -- do we test them before they go back on board or does the ship?"

Any excursion that takes place in St. Thomas will have to follow local health and safety protocols, Boschulte said. "Even when the bars and restaurants open, the expectation is that you will wear a mask," he said. Shore excursion operators and even the popular ferry to St. John could also require masks. "The next layer of questions become, 'Do (passengers) have to bring their own, or will the shore excursion company provide it?"

Another big unknown that will affect St. Thomas: What will capacity be on the first ships that arrive? St. Thomas is a port for some of the industry's largest ships, such as Royal Caribbean's Symphony of the Seas, which carries up to 6,000 passengers. "Now if they only sail at 50 percent capacity, that's a much different model for us a port to manage," Boschulte said.

"Until we get a vaccine, I think we are going to have to err on the side of most caution," he said. "What I can tell you is that we're cautiously optimistic that over the next few months, we will get closer to having adequate testing and a very thorough protocol safety set of initiatives for the cruise industry that we, as travelers, can have confidence in what's being put in place, and also that the residents of a highly traveled cruise ship destination feel comfortable that guests coming back in doesn't jeopardize the quality of their health."

A homeport for Southern Caribbean cruises, Puerto Rico was expecting 108 cruise ships in San Juan between May and September 2020. While the island is still evaluating the exact loss in revenue, the impact is being felt by a diverse group of businesses, including retail shops, tour operators, transportation businesses, harbor bunkering services and local suppliers.

The process of safely welcoming visitors again has been a top concern; the island has 80,000 people employed in tourism, which makes up 6.5 percent of Puerto Rico's GDP,  Brad Dean, CEO of Discover Puerto Rico, told Cruise Critic.

He noted that the island was the first U.S. destination to implement measures such as an island-wide curfew and thermographic cameras to take temperatures of travelers coming into Puerto Rico at the San Juan airport. Other measures include implementation of intensive screening, enhanced sanitation, quarantine zones, onsite medical personnel and additional disinfection of local facilities.

Expect to see buffets, salad bars and self-service restaurants eliminated in tourism businesses, Dean said. Reusable menus will not be available. Lodging for pre- and post-cruise stays will have island-specific certification cards, and guests will receive a health and safety guide from each property.

Puerto Rico is well poised as a destination that can return in the post-COVID-19 world, Dean said, pointing out the island's abundant outdoor attractions and beaches.

"The Puerto Rican community has hospitality in its DNA and will undoubtedly welcome visitors back with open arms and the warmth that it did following past adversity," he said.

With fantastic beaches as well as UNESCO historical sites, St. Kitts has become an important and popular stop on Caribbean cruise itineraries, on both Eastern and Southern routes.

The island was projected to receive 45 cruise calls between May and September 2020, with 166,936 projected passengers. The loss of that income, based on cruise passenger spend alone, is more than $18 million, according to Racquel Brown, CEO of the St. Kitts Tourism Authority.

"We began to see an impact as early as February and March to our cruise sector, which makes up a significant portion of our tourism industry as a whole and contributes approximately $136 million in passenger spend alone to our economy per year," she told Cruise Critic.  "Add to that about another $7 million including passenger fees, fuel charges, taxes, navigation services and so on, so the scope of the economic impact becomes very clear."

Cruise has helped St. Kitts grow a bustling summer tourism season, with at least two ships a week. "There are many of our nationals who depend on the cruise industry, and the impact has been felt greatly.  It has affected our vendors, who depend on the industry for their daily living, our beach vendors, our water sports operators, our taxi and tour bus operators and our hotels. Business owners have had to reduce staff hours or lay off staff. This has been difficult, as they have grown over the years from St. Kitts' vibrant cruise industry and at present there is no demand to sustain the amount of business they have grown accustomed to transacting."

The island country, which includes sister Nevis -- a port for small and luxury cruise ships -- has been working with the FCCA and other Caribbean countries for a "careful and phased" reopening plan, she said.

"The ability to meet the established CDC guidelines will be our first step to the cruise sector resuming business," Brown said. "As a destination, we will adhere to CDC guidelines and protocols for the cruise industry as well as the guidelines provided by our Ministry of Health," which follows World Health Organization protocol.

"Of course, we know that social distancing protocols will have to be observed, the use of hand sanitizers, the washing of hands and the use of personal protective equipment in order to ensure the safety of our guests and our citizens and residents."

What makes the COVID-19 crisis different from the hurricanes that often disrupt Caribbean tourism is the sheer scope, she said. With hurricanes, governments have emergency plans in place, and tourists often visit as soon as they can to help support the destination, which gives the country some level of control.

While some islands might take the pause to consider issues of overtourism, Brown said that St. Kitts built cruising gradually and sees its growth as controlled. "The people of St. Kitts enjoy and appreciate the cruise industry and look forward to the time when we can safely welcome visitors to our shores again."

Cruise Critic will continue to add to this story as information becomes available.