You may also like
Dismiss
Coronavirus: Updated Cruise Ship Policies and Cancellations Because of COVID-19 (2021)
In Industry Step Forward, CDC Seeks Public Comment On Cruise Resumption
What Happens to Cruise Ships During the Pandemic's Hurricane Season?
Allure of the Seas Cruise Ship to Make Oasis-Class Debut in Galveston
Out to Sea: Keeping Tabs on the Global Cruise Fleet
Cruising the Newest Ship Afloat: Live From Celebrity Apex
Disney Wish To Feature New Onboard Entertainment Firsts from Disney Cruise Line
These Ships Are Coming Back To The U.S. in 2022: Here’s Why You Should Care
Royal Caribbean Showcases New Icon of the Seas Cruise Ship with 'Making an Icon' Video Series
Just Back From Allure of The Seas' Maiden Galveston Sailing: Hits and Misses 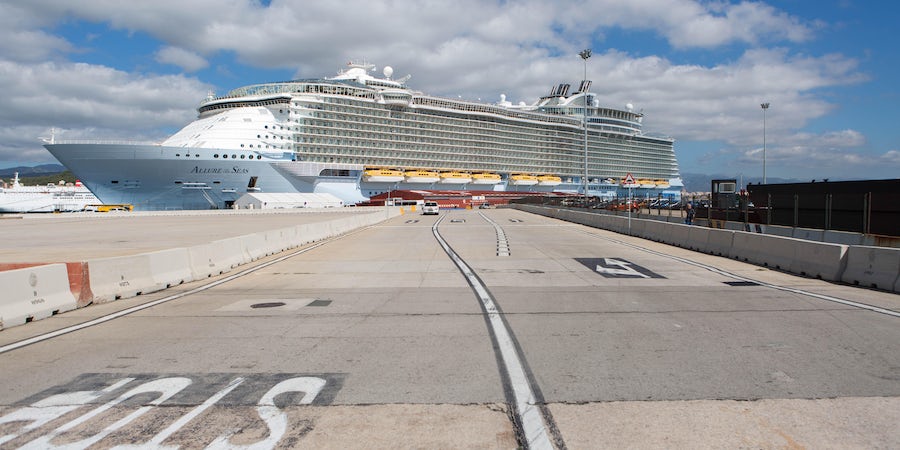 (Updated 3:50 p.m. EDT) – The COVID-19 coronavirus pandemic has had a dramatic impact on shipbuilding around the world, affecting new vessels that are currently under-construction -- and cruise ships that were previously scheduled for routine refits.

Including ships that are part of ongoing, fleet-wide refurbishment projects such as Royal Caribbean's "Amplification" program and Celebrity's "Revolution" program.

There are cost concerns: many of these refits are multi-million dollar projects that require significant capital expenditure at a time when many cruise lines are looking to trim costs down to a bare minimum.

Cruise Critic has assembled a list of known, confirmed changes to scheduled drydocks and refits on this page. Only confirmed delays are listed here; speculative delays are not.

This page will be updated as new information becomes available.

Allure of the Seas

Status: Began May 2020, reduced in scope

Details: As we previously reported, Allure of the Seas was scheduled to proceed to drydock in Cadiz, Spain in March for its Royal Amplification refit, which would have refitted the vessel with the Ultimate Abyss slide; the Perfect Storm waterslides; the first Giovanni's Italian Kitchen & Wine Bar; and the popular Music Hall venue. The ship's Adventure Ocean kids and teen centers were to have been redesigned as well.

Work on the second Oasis-class cruise ship has now been limited to technical and navigational upgrades only and is expected to take roughly 30 days.

"In addition to voluntarily suspending our global operations, port closures and travel restrictions have also affected the possibility of moving forward with our amplifications of Explorer of the Seas in Brest, France see below and Allure of the Seas in Cadiz, Spain this spring," Royal Caribbean told Cruise Critic in a statement. "Both amplifications have been put on hold at this time."

Details: Celebrity Constellation was due to head into drydock in April for a total overhaul of the ship's passenger staterooms, which were to be stripped to the steel and completely redesigned. The ship was also scheduled to have the décor in the Main Dining Room updated with a lighter color palette; the transformation of Michael's Club into the Retreat Lounge for suite passengers; and a new Retreat Sundeck added. Updates to the ship's spa and dining venues were also planned.

Due to the ongoing coronavirus pandemic, Celebrity tells us this massive refurbishment project has been put on hold. New timing for the work to proceed is still being discussed at a corporate level.

Details: Like Celebrity Constellation, Celebrity Infinity's major overhaul has also been put on hold. Celebrity is currently assessing when the work can be completed, but has not yet announced new dates for work to proceed.

The refit was to give Celebrity Infinity the same features and amenities that were to be found aboard Celebrity Constellation, including all-new staterooms and suites; updated dining venues; a revitalized spa; a new Retreat Sundeck and Retreat Lounge for the benefit of suite guests; and other enhancements throughout.

Explorer of the Seas

Details: Royal Caribbean was scheduled to put Explorer of the Seas through its $100-million Royal Amplification refit this spring at a shipyard in Brest, France, right around the time the coronavirus pandemic stranded ships and shut down shipyards. In addition to an overall refresh, Explorer of the Seas was to receive Royal Caribbean's new Perfect Strom racer slides, a redesigned pool deck featuring The Lime & Coconut bar, and other enhancements.

Royal Caribbean told Cruise Critic that the drydock for Explorer would be put on hold, with the line "reviewing all options" to bring the ship into drydock this year and determining the extent of the enhancements it can make.

Details: Windstar Cruises' Star Breeze was still in drydock at Fincantieri's shipyard in Italy when the coronavirus pandemic began in earnest. The ship was due to be completed earlier this year but was impacted by the work stoppage and lockdown in Italy.

Windstar tells Cruise Critic that work has now resumed aboard Star Breeze, but is proceeding slowly. The ship is the first of a trio of ships (all formerly owned by Seabourn) that are being cut apart, lengthened, and outfitted with new, eco-friendly diesel engines along with a complete replacement of the ship's plumbing and electrical systems.

Increasing in capacity from 212 to 312 passengers, Windstar is adding new staterooms and public areas in a new prefabricated midsection, along with a complete redesign of the vessel's public spaces, dining venues and the enlargement of the onboard spa.

The delay of Star Breeze already caused Windstar to scrap plans to deploy the ship to Alaska this summer, electing instead to keep the ship in the Mediterranean once work is completed.

Details: Star Breeze sister-ship Star Legend has been waiting alongside the Fincantieri yard in Italy for Star Breeze to vacate the drydock. Star Legend is scheduled to go in for the same sweeping refit as its sister but cannot proceed until work on Star Breeze is complete. Originally, this process should have been completed by June, but is delayed due to Star Breeze occupying the drydock.

Windstar confirmed to Cruise Critic that the ship will receive its lengthening and overall refit and will resume service next spring, on March 1, 2021.

Details: Star Pride is scheduled to undergo the same sweeping refit as its two sisters, but must first wait for Star Legend to complete its drydock before work can begin.

Windstar confirmed to Cruise Critic that Star Pride will have its refit and will re-enter service next year on July 5, 2021.