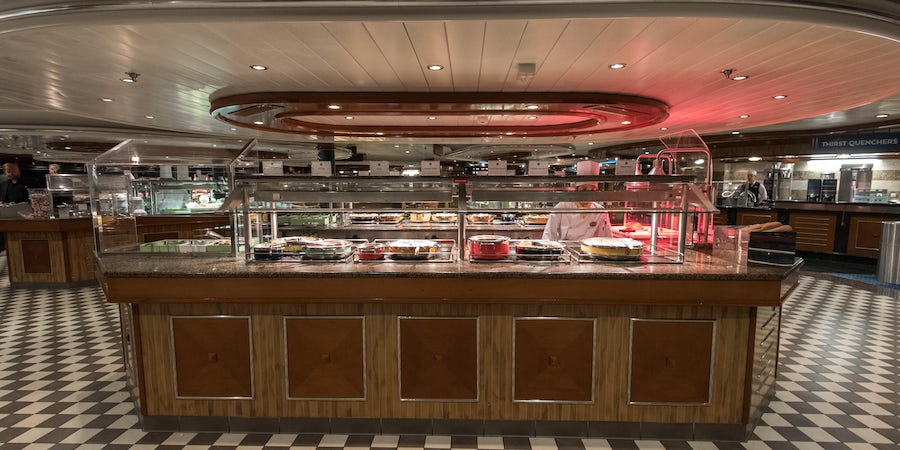 Windjammer on Brilliance of the Seas

Windjammer on Brilliance of the Seas

(12:45 p.m. EDT) – The traditional cruise ship buffet is about to go overboard when sailings resume, according to Royal Caribbean executives.

In a virtual Coffee Chat call with Royal Caribbean's senior vice president of sales and trade support & service, Vicki Freed, president and CEO Michael Bayley conceded that the hygiene changes that will go into effect because of the COVID-19 pandemic line will likely strike down the standard buffet offering, which has been a staple of cruising for decades.

"I think in the beginning, there will not be a buffet…that's how I see it," said Bayley during the session. " We will utilize the space, we will utilize the Windjammer, but in all probability, it won't be a classical buffet. It will be something more akin to a restaurant."

The news has generated significant buzz on Cruise Critic's message boards, with opinions from both buffet loyalist and those who are ready to move on.

"Will be very disappointed if they do away with the Windjammer, Royal Caribbean's onboard buffet offering," writes Ashland. "Why can't they just use servers like they do when there's a Noro outbreak onboard?"

Others, however, say they won't miss the buffet experience.

"I find the experience of eating at Windjammer restaurants and other buffets somewhat disgusting and only eat there reluctantly if there is absolutely no other choice," says LibertyBella. "Eating becomes a competition and a race instead of an experience to enjoy."

"My thoughts — we will all be so glad to get back to cruising that whatever Royal comes up with will be accepted," writes Lady Hudson. "I am not a big Windjammer person so would not be a big loss for me. Unintended benefit — less norovirus?"

While Royal Caribbean has not announced exact plans for the Windjammer buffet aboard its fleet, Bayley stated that any changes to the casual eatery would have to be made with the coronavirus pandemic in mind.

"I think the key focus on dining is making sure that our guests have plenty of choices," said Bayley. "That choice has to be put through the lens of distancing, and safety and health."

Royal Caribbean already had hand sanitizing stations on every vessel outside the Windjammer buffet, and some ships had full-service handwashing stations located at each entrance. During a sailing on Explorer of the Seas in early March, the line had employees stationed outside the Windjammer with large containers of sanitizer, making sure everyone used it before going in.

These changes, however, are also mandated in part by the "No Sail" order issued in March by the U.S. Centers for Disease Control and Prevention, which was extended in April to last for a period of no less than 100 days July 24 as a result of the ongoing COVID-19 coronavirus pandemic.

Other changes to Royal Caribbean's sanitation and hygiene practices have not been revealed yet. Cruise Critic will report on these, when the line releases them.