You may also like
Dismiss
Coronavirus: Updated Cruise Ship Policies and Cancellations Because of COVID-19 (2021)
Norwegian, Royal Caribbean Team Up To Create Cruise Health and Safety Protocols
Celestyal Cruises Buys Costa Cruises Ship
Swan Hellenic to be Relaunched As New Expedition Cruise Line
Rolling Out the Deals: Why Now Might Be a Great Time to Book a Cruise
Second Carnival Corp. Cruise Line To Restart Med Operations
Australian Cruise Industry Welcomes Talks with Government as Restart Date Pushed Back Again 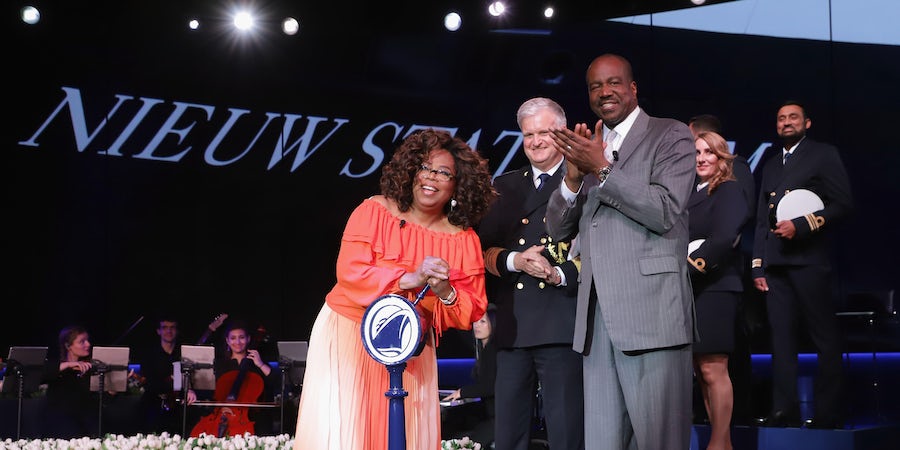 (11:30 a.m. EST) -- Two cruise line presidents, both in charge of Carnival Corporation brands that are taking an extended pause through the fall because of COVID-19, announced that they are leaving at the end of May.

Richard "Rick" Meadows of the luxury cruise line Seabourn, and Orlando Ashford of Holland America Line are leaving their respective companies. The moves were announced by Stein Kruse, who runs the Holland America Group out of Seattle. Neither line announced plans for a successor, although Carnival Corp. issued a statement reiterating their commitment to the brands.

"Seabourn and Holland America Line brands are important parts of the company's portfolio," the statement read, noting that both organizations will repot to Kruse until successors are announced.

Both executives were popular within the industry and with their cruising customers, raising the profile of their cruise lines and ushering them through significant changes.

Meadows is a cruise industry veteran, working at Carnival Corp. for 35 years, and is retiring. Besides leading Seabourn since 2011, Meadows was in charge of Cunard for North America between 2014 and 2016. During his tenure, Seabourn grew from a line with a handful of smaller yachts to one with five modern luxury cruise ships and high-profile partnerships, including ones with Michelin-starred chief Thomas Keller and wellness expert Dr. Andrew Weill.

"I've had so many amazing opportunities throughout my career, passionately leading a number of global cruise brands as well as working with so many talented team members, travel advisors and other stakeholders around the world," Meadows said in a news release. "It has been a true honor to help craft those lifetime memories and special moments for our guests, through the profound power of travel, which brings people and cultures together. I look forward to the day when we can once again welcome our guests back on board."

While Ashford's tenure at HAL was shorter, at five-and-a-half years, the executive led growth initiatives at the line, in particular arranging high-profile partnerships with Lincoln Center, Rolling Stone and BBC Earth, enhancing the Culinary Council and teaming up with Oprah Winfrey.

"It has been an honor and a privilege to lead the evolution of the Holland America Line brand for more than five years," Ashford said in a statement. "I can't say enough about the talent and teamwork both shoreside and on board the ships that has driven our many successes over the years.

"Today, a global pandemic has impacted our industry in ways that are completely unprecedented. However, I believe it is human nature to travel and explore new places and cultures and meet new people. I have no doubt that Holland America Line will thrive again soon, and its guests will be ready when cruise operations resume. I look forward to being one of the first to sail."

Seabourn and HAL On Pause

So what do these departures mean for the two lines? Carnival Corp. announced last week that Holland America and Seabourn would not be returning their ships to service until later in 2020, canceling cruises through much of the fall.

Holland America Line had already canceled most of its lucrative Alaska season, shutting down the popular cruisetours that run to lodges in Denali and hotels in the Yukon. The pause announced last week also canceled the line's 79-day Grand Voyage, as well as the European summer season, all transatlantics and the fall Canada/New England sailings.

Seabourn, meanwhile, had put its ships on pause until mid-October and November.

On May 14, Carnival Corp. announced a combination of measures reducing staff, across the brands -- including layoffs, furloughs, reduced work weeks and salary reductions, including senior management. The company noted in a release that the moves would contribute "hundreds of millions of dollars" in cash conservation.

"Taking these extremely difficult employee actions involving our highly dedicated workforce is a very tough thing to do. Unfortunately, it's necessary, given the current low level of guest operations and to further endure this pause," said Carnival CorporationPresident & CEO Arnold Donald. ""We care deeply about all our employees and understanding the impact this is having on so many strengthens our resolve to do everything we can to return to operations when the time is right. We look forward to the day when many of those impacted are returning to work with us and we look forward to the day, when appropriate, that once again our ships and crew are delighting millions of people at sea and we can be there for the many nations and millions of people who depend on the cruise industry for their livelihood."