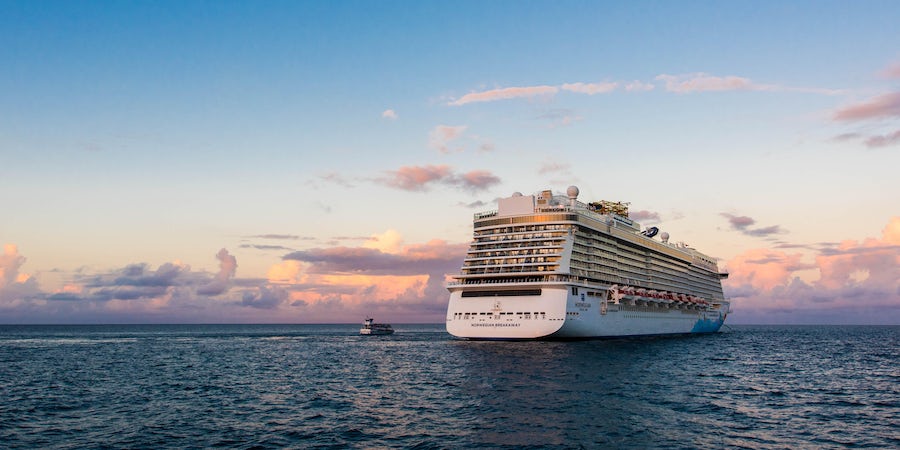 (10:45 a.m. EDT) -- With $3.5 billion in cash after new fundraising through equity and debt offerings, Norwegian Cruise Line Holdings is "here to stay, and has all the resources necessary" to be successful through the COVID-19 global pandemic, President and CEO Frank Del Rio told Cruise Critic exclusively.

In an interview Thursday, Del Rio spoke openly of the concerns facing the cruise industry, as it rebuilds after an unprecedented shutdown of sailing that began in mid-March.

New health and safety measures for cruise ships are being worked on, in conjunction with the Centers for Disease Control and Prevention, Del Rio said, as well as an examination of the onboard experience and new technologies. He predicted a phased return of the company's three cruise lines -- Norwegian Cruise Line, Oceania Cruises and Regent Seven Sea Cruises -- in the fall.

And he also noted that, at least at first, the measures currently governing public health on land, such as wearing masks and social distancing, as well as the emphasis on sanitation and hand washing that already takes place on cruise ships, would have to be part of the sailing experience.

"We need to start momentum," Del Rio said. "Right now, we're closed. We're not even operating a little bit. And so we have to start somewhere, and we're going to start slow."

During the shutdown period, the relationship between the CDC and cruise lines has sometimes seemed contentious, with the CDC taking a hard line on the industry. Cruisers are struggling to reconcile the dates that the cruise lines have canceled sailings with the extended "no sail" order from the health organization, which requires detailed plans for health and safety protocols on ships sailing from the United States.

Del Rio disabused that notion, saying the line was working regularly with officials at the CDC, particularly when it comes to new technologies developing around testing and sanitation.

"I'm not the one who's going to determine when we start or not," he said. "It's going to be primarily the CDC working with the U.S. Coast Guard. The CDC is really the number one gatekeeper here."

Del Rio said that he envisioned "as much testing as possible," particularly for the crew, on an ongoing basis. The company is also working on more frequent and intense cleaning and disinfecting protocols.

An expanded medical center seems likely, with more doctors and nurses on staff, Del Rio said. An isolation area will be included, in the event that anyone does become infected onboard.

Del Rio touted the number of balcony cabins on his fleet of ships, which has a significant number of new builds. More balcony cabins mean better access to fresh air, he said. He also said that the company was looking at rerouting air conditioning ducts and putting in "a much more effective air filtering system."

"Quite frankly, whatever the CDC standards are, we want to do even better," Del Rio said. "This is not an optical exercise that we want to do the minimum required. We want to do whatever it is that we need to do so that I can look my children in the eye, my mother in the eye, and say it is safe to go on boarding Norwegian Cruise Line Holdings ship; and so we're doing everything we can. ...We're willing to invest in whatever emerging technologies there may be, and there are many.

"All these things take it as a whole, comprehensive and robust, give us the confidence that we can provide a very safe environment. A cruise ship is a controlled environment. If we do this right, I believe cruise ships will be safer than the general population is out in the marketplace."

Competitor Carnival Corp. has also given cruisers a glimmer at its reopening strategy, beginning first with eight ships on Carnival Cruise Line, sailing from three ports, with a tentative August 1 date. Some of the company's other brands -- Holland America Line, Princess Cruises and Seabourn Cruises -- will not re-enter service until the late fall.

While NCLH will have a similar phased strategy, Del Rio said he would start sailing with ships on all three of his lines, albeit in smaller numbers.

"The working plan that we have today is in month One ... it would be three Norwegian vessels, one Oceania vessel and one Regent vessel," with the number of ships sailing increasing gradually as momentum builds, he said.

As for when that might be, Del Rio said that "reasonable expectations" pointed to late in quarter three (September) or early quarter four (October through December). He said that it would take six months or so to get the entire company fleet back into service.

Many cruisers have speculated what the onboard experience might look like, in a post-COVID-19 world. Del Rio cautioned that, at least at first, it would look very similar to what's taking place on land.

"My guess is early on there will be masks," he said. "Early on, there will be an emphasis on washing your hands, on social distancing."

The demand for cruising will likely not be as robust when it begins, Del Rio said, so social distancing will be easier to do with fewer people onboard. Norwegian's ships, with their emphasis on many small specialty restaurants as opposed to large main dining rooms, are well placed to work in a social distancing era; reducing tables to four-tops with more space in between will not be a problem. The ships would also be able to accommodate two shows a night instead of one, so every other seat could be empty, he said.

But as the world learns more about COVID-19 and technologies emerge to help people adapt, these measures might naturally change, Del Rio said.

"We're going to throw the kitchen sink at it because we need to establish confidence," he said. "We don't know everything about this virus, so we're going to throw everything at it. And over time as we learn more, as technologies improve -- as vaccines, therapeutics, testing come online much better than they are today -- then some of those things, we'll be able to reduce or eliminate."

Where cruise ships will be able to go when they reopen is a big question. With parts of Europe still closed to foreign visitors and Caribbean islands with strict quarantines in place, cruise ships might have to radically adjust itineraries and the regions where their ships are based.

NCLH has two private islands in the Caribbean that it uses for all three of its lines: Harvest Caye, in the Western Caribbean near Belize, and Great Stirrup Cay, in the Bahamas.  While those properties are certainly a boon, Del Rio noted that each country where cruise ships travel has its own version of the CDC to deal with.

"It's safe to say that overnight, we're not going to have the entire world open to us again. We'll have to stay flexible."

Within Europe, for example, a former port-intensive sailing that takes in many countries might have to plan an extra day at sea, or the line will have to look at alternatives within the area.

While overtourism was a concern before the pandemic in several notable cruise ports, including Venice and Dubrovnik, Del Rio predicted that the majority of ports would welcome back the cruise industry, when the health crisis becomes less acute.

In its SEC filing this week, NCLH noted that bankruptcy could occur as a worst-case scenario, should funding dry up. But an infusion of investment of $2.4 billion, led by Goldman Sachs, means that the company has $3.5 billion on hand, allowing it to weather the crisis for 18 months without revenue, Del Rio said.

"We now have the longest runway and the most liquidity cushion of any of the major cruise line companies," he said. "And quite frankly, I don't know of another company in any industry that can say that they can be shut down, generate zero revenue and survive for 18 months."

What's still in question is how the financial health of Norwegian's customers will look. As of today, the unemployment rate in the U.S. is nearly 15 percent, the worst since the Great Depression. Del Rio admitted that an extended recession or depression would be a "challenge" for customers.

Still, people do feel that vacations are "part of their life" -- and cruise has proven itself to be a value, Del Rio noted. "Regardless of price, cruise vacations provide the greatest value on earth for the vacationing public. There's no doubt about it, and it could be that that value will increase."

While deals will definitely emerge from the crisis, Del Rio said that he would fight becoming a line with $28-per-day cruises. Prices that low not only hurt the cruise lines, they hurt the travel agents that work within the industry -- and they will keep cruising from returning to the place it was, he said.

"This is a company and an industry that was running a hundred miles an hour. We were doing great. All the ships were full. And it all came to a screeching halt, literally overnight," he said.

"We now have to rebuild momentum; and momentum like it happens everywhere, it starts out slowly. It's one step at a time. And over time you, you pick up speed a little bit."