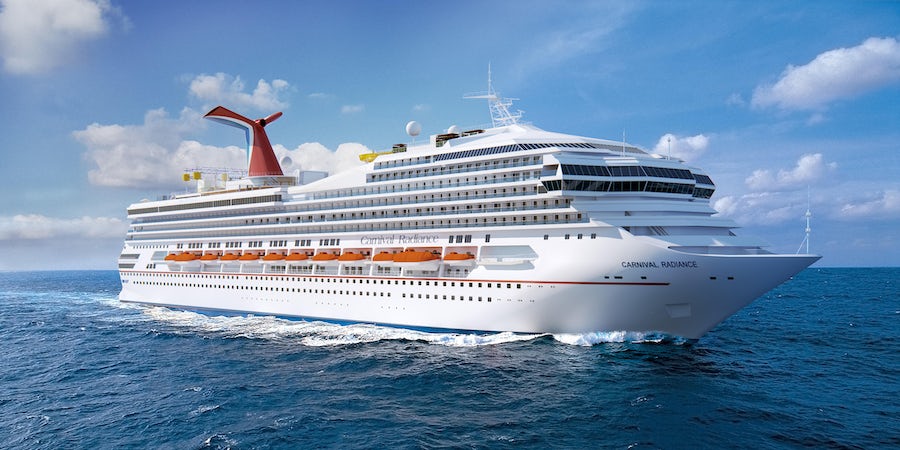 (Updated 4:04 p.m. EDT) – While some shipyards have now resumed work, slowdowns, supplier issues and social distancing practices from the COVID-19 pandemic have resulted in numerous yards in Europe being unable to deliver new cruise ships on-time.

This affects some of the largest newbuilds due to set sail in the immediate future, along with smaller niche, luxury and expedition vessels, as well as complex refit projects.

This page will be updated as new information becomes available.

Revised Delivery: November 2020 at the earliest.

Details: Carnival Victory's transformation into the all-new Carnival Radiance had already begun in Europe when the coronavirus pandemic struck the region, impacting the ability to complete the sweeping transformation of the ship similar to what Carnival Triumph underwent last year during its conversion into Carnival Sunrise.

The revitalized ship, which was scheduled to enter service in May, was delayed by the lockdown in Spain affecting work at the shipyard in Cadiz. Carnival had to cancel Carnival Radiance's anticipated season in Europe, including the vessel's transatlantic crossing and all sailings through November 1, 2020.

Carnival now estimates the ship will enter service sometime in November at the earliest.

Details: Originally slated to join the fleet in the fall of 2021, Celebrity Cruises' third Edge-class vessel has now been delayed due to work disruptions at the Chantiers de l'Atlantique shipyard in Saint-Nazaire, France. Celebrity confirmed that Celebrity Beyond has indeed been affected by the work slowdown due to the coronavirus pandemic but added that it is still assessing the exact timeline for the vessel's final construction.

"This is a period of unprecedented disruption for the cruise industry," a spokesperson for Celebrity Cruises told Cruise Critic. "We continue to take decisive actions to protect the company's financial and liquidity positions as they enable us to keep focused on our guests, our crew and our long-term plans."

Celebrity Beyond will be an expanded, lengthened sister to Celebrity Edge and Celebrity Apex, coming in at 1,073 feet in length and 140,600 gt.

Details: Crystal Cruises' new hybrid expedition ship Crystal Endeavor was set to debut in August before the coronavirus slowed production. The ship – the first oceangoing newbuild for Crystal since Crystal Serenity debuted in 2003 – was initially delayed to November 2020, but has now been pushed back to sometime in 2021.

Revised Delivery: August at the earliest

Details: On April 15, Princess Cruises announced it was delaying the inaugural sailing of Enchanted Princess, which was scheduled to debut on June 30 with a naming ceremony in Southampton, England. Work on the vessel has been delayed due to the shutdown in work at Italian shipbuilder Fincantieri where Enchanted Princess is currently in the final stages of fitting-out.

Princess stated the ship will now debut in August at the earliest. Voyages on the vessel through July 31, 2020 have since been cancelled.

Details: On March 20, Ritz-Carlton Yacht Collection announced it was delaying the debut of its first ship, Evrima, to April 2021 due to the coronavirus pandemic.

Ritz-Carlton had already been dealing with significant labor issues Hijos de J. Barreras shipyard in Spain when the pandemic forced work to further stop on Evrima. Ritz-Carlton had previously delayed the ship's debut from February 2020 to June before moving it further out to April of next year.

The hotly-anticipated, 289-passenger ship -- the first for the new Ritz-Carlton Yacht Collection brand -- is now slated to embark on its maiden voyage on April 22, 2021, sailing from Lisbon to Palma de Mallorca.

Details P&O Cruises biggest ever ship purpose built for the UK market was due to launch in May 2020 -- the line's first new-build for five years. It even got as far as sea trials in the North Sea. However, a slow down in work at the Meyer-Werft shipyard in Papenburg has meant that the final fitting out of the line's first LNG-fuelled ship has slowed.

Allied to that, the pause in P&O Cruises' operations until the end of July 2020 means it is unclear when the 5,200-passenger Iona will make its UK debut.

Details: The second Meraviglia-Plus-class ship to debut for MSC following the launch of MSC Grandiosa, MSC Virtuosa has also been impacted by delays and shutdowns caused by the coronavirus pandemic.

Currently under construction at the Chantiers de l'Atlantique shipyard in Saint-Nazaire, the 177,100-gt MSC Virtuosa has been delayed to "Early 2021" according to media reports from France. The ship was originally slated to enter service in November.

"Under the current circumstances, it is reasonable to think that the delivery of ships currently under construction would be at minimum be delayed also due to the temporary closing of the shipyards over recent weeks," an MSC spokesperson told Cruise Critic. "Having said this, for the time being we will not comment further on this but – for background only - are comfortable with the characterizations made by this media."

Details: In Norwegian Cruise Line Holding's (NCLH) SEC filing released on May 5, the company stated that it fully expects delays to impact its newbuild schedule, which includes Norwegian Cruise Line's six "Project Leonardo" vessels due to enter service between 2022 and 2027.

The ships, with capacity for 3,300 passengers, are part of a larger orderbook for NCLH that includes two Oceania ships slated to debut in 2022 and 2025. A new vessel for luxury brand Regent Seven Seas is also planned for the fourth quarter of 2023.

Details: Sea Cloud Cruises is delaying the anticipated launch of its third sailing ship and first newbuild in 19 years, Sea Cloud Spirit, which has been affected by work stoppages and border restrictions that have prevented other European subcontractors and suppliers from accessing the Metalships shipyard in Vigo, Spain.

While work has resumed at the shipyard in small, physically-distanced groups, Sea Cloud had to cancel Sea Cloud Spirit's August 29, 2020 maiden voyage. "Until the crisis hit, the entire project was on schedule, allowing us to accept firm bookings for all voyages," reports Daniel Schäfer, Managing Director of Sea Cloud Cruises.

Sea Cloud noted the ship's three masts have been completed in Poland and are awaiting installation, and that interior outfitting has progressed but not finished.

A new launch date will be announced by Sea Cloud in the coming months. The ship will not cross the Atlantic as planned in the fall and will instead remain in the Canary Islands until April 2021.

Details: The sister ship to Silver Muse was set to debut in August in Trieste, but the shutdown at the Fincantieri shipyard means the ship will be delayed util October 2.

The 596-passenger Moon was set to sail the summer in the Mediterranean, offering excursions linked to Silversea's long-trialed Sea And Land Taste (S.A.L.T.) culinary program, but it is not clear how much of season will be left by the time the ship launches. It will spend winters in the Caribbean.

Details: Silversea's purpose-built ship for the Galapagos was due to be delivered at the end of April, but will now make its debut at the end of May/early June before heading to Ecuador. Silversea has cancelled its first sailing on July 17; its maiden voyage will now be August 22.