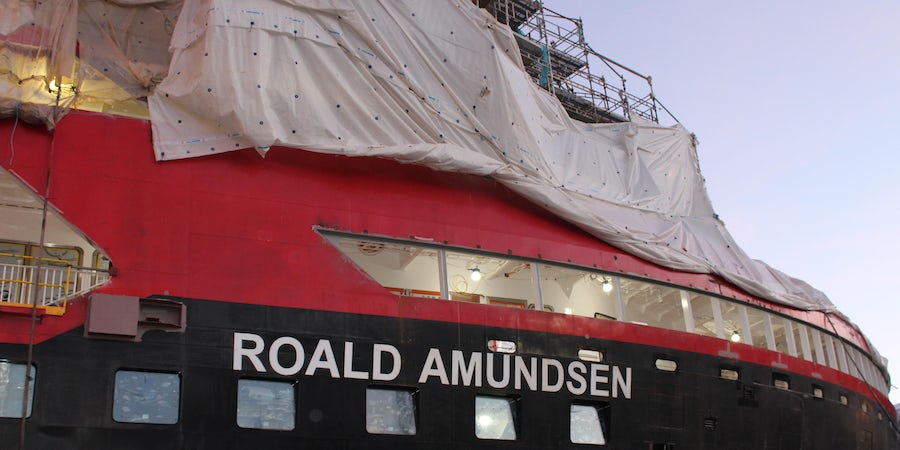 (12:25 p.m. EDT) -- Hurtigruten could resume services in a phased return beginning late next month or early July, according to its CEO Daniel Skjeldam.

The Norway-based line plans to start with domestic operations along the Norwegian coastline as well as Arctic expedition cruises -- the majority of which take place in Norwegian waters -- from late June/early July.

The line followed most other cruise lines in the world in suspending its operations in March.

Speaking at briefing last week, Skjeldam said when asked when Hurtigruten would return to service: "Short answer: We don't know. A lot of external factors comes into play, the situation is still fluid.

"We believe it will happen gradually. That means starting with domestic operations in Norwegian waters -- both the scheduled service along the Norwegian coast, and Arctic expedition cruises many of which takes place fully within Norwegian waters.

"We hope the gradual restart can happen already from June/July. We are optimistic. But we need to take one step at the time.

"We are in ongoing discussions with relevant authorities about how and when we can restart. Starting operations too soon is not an option."

His words come just days before other lines begin to start taking the first tentative steps toward laying out a plan for a return to cruise operations, including Carnival Cruise Line and Lindblad.

Technically speaking, Hurtigruten is one of the few cruise lines in the world that has not actually stopped sailing: Hurtigruten has deployed two ships in an amended domestic schedule. In addition to local travelers, the two ships are bringing mail, medical supplies and other goods to communities in Northern Norway.

Of its 16 ships, 13 are laid up (so-called "warm stacked"); the 14th, MS Roald Amundsen, is currently in the Atlantic ocean on its way to Europe to join the rest of the laid-up fleet.

The full 2020 Alaska season, with hybrid-powered Roald Amundsen, is cancelled, as is the line's Alaska to Greenland./Northwest Passage voyage.