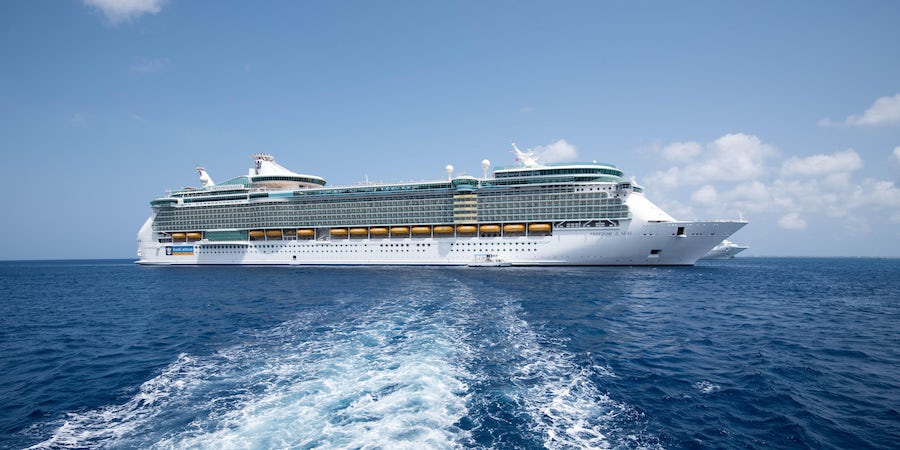 (1:15 p.m. EDT) –Royal Caribbean has applied for two distinctive trademarks with the U.S. Patent and Trademark Office: one for a sanitary mask the other for a possible electronic muster drill.

on April 8 lists the Seaface trademark as being  described as"sanitary masks for virus isolation purposes."

The trademark has not yet been accepted, but a decision on the trademark could be made in July -- just in time for passengers to don one when the line resumes sailing.

However, it isn't immediately clear if these masks would be worn by crew, passengers or both.

"This is one in a number of innovations that our teams are exploring as we look forward to a safe, healthy and fun return to cruise," a Royal Caribbean spokesperson told Cruise Critic.

for Royal Caribbean's EMUSTER notes that EMUSTER trademark registration is intended to cover the categories of cruise ship services: "Transportation of passengers by cruise ship."

The application was filed by Royal Caribbean on April 21.

While details are scant, the trademark filing for EMUSTER could indicate that Royal Caribbean is exploring alternatives to the traditional (physical) muster drill that is mandated by law for passengers at the beginning of each voyage.

Muster drills have changed slightly over the years. A decade ago, it wasn't uncommon to stand out in the elements on the ship's promenade deck wearing a bulky lifejacket. Cabin numbers were frequently yelled out by officers and crew in charge of each boat station, and answers in the affirmative cause the stateroom to be checked off a list.

Recent developments include scanning of passenger keycards prior to entering the muster station as a way of establishing a digital roll call. While some lines still muster passengers out underneath the vessel's lifeboats, others require travelers to meet in designated muster stations within the vessel.

Regardless of whether the muster drill is held outside or inside, it is typically a shoulder-to-shoulder affair that wouldn't be encouraged during current COVID-19 restrictions.

While it is unclear as to what a digital muster drill would look like at this point, these trademark application filings are encouraging news for those who are looking to see what proactive changes the industry will be making to the way it operates.

Royal Caribbean has also filed other trademarks over the past few weeks, including "Touchless"; "Cruise Safe" and "Royal Promise".