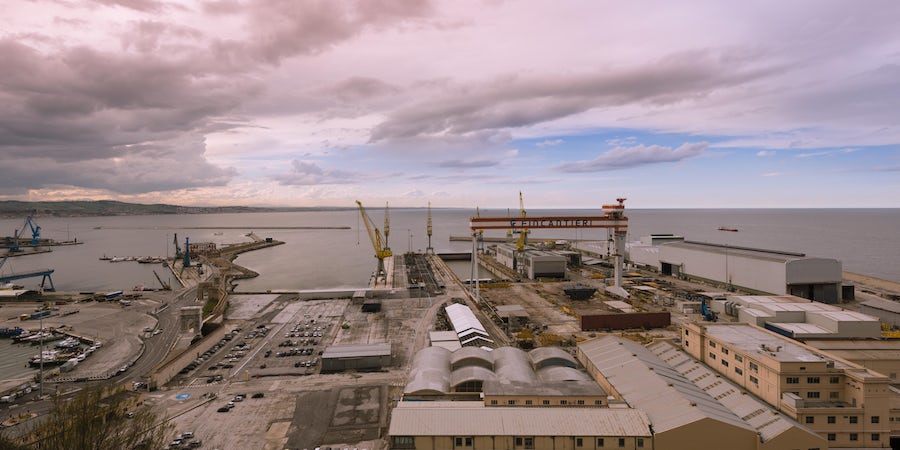 (12:59 p.m. EDT) -- Two of the biggest shipyards in Europe forced to shut down due to the COVID-19 pandemic are taking their first steps to reopen.

Fincantieri, which operates several shipyards in Italy, was forced to stop all work during the height of the COVID-19 pandemic in that country. The shutdown resulted in the delay of the delivery of Enchanted Princess, which was due to enter service this June.

On April 20, Fincantieri re-started some works across all its shipyards in Italy. The process to reopen will be spanned out over several weeks, with work ramping up gradually.  Other ships under construction at the various Fincantieri shipyards include Costa Firenze and Silver Moon, both due to launch this year; and Nieuw Ryndam, due next year.

Chantiers de l'Atlantique, located in Saint-Nazaire, France, which had put a stop to all construction, is also resuming limited work on April 27, with those working on ships doing so in shifts, with no more than a maximum of 50 percent of the production team on site at any given time.

The shipyard is currently in mid-build for MSC Virtuosa, which is scheduled for delivery in the fourth quarter of this year. Two other ships, Royal Caribbean's Wonder of the Seas and Celebrity's Celebrity Beyond, are also being worked on, both due for delivery next year.

Meyer-Werft in Germany did not close, but did enforce strict social distancing rules on workers, resulting in the construction delay of a number of ships including P&O Cruises Iona. Other ships being built at Meyer-Werft include Royal Caribbean's Odyssey of the Seas, Saga Cruises Spirit of Adventure and Disney Wish.

Carnival's next ship, Mardi Gras, is being built at Meyer-Werft's Turku shipyard in Finland. On April 28, the yard announced it would lay off additional workers and move to deliver one new ship per year instead of the two per year as previously forecast. Meyer Turku announced that it is in negotiations with customers to determine the exact timeline for deliveries of newbuild ships, which stretch into 2025.

Helsinkin Shipyard, meanwhile, has cut the first steel for a new expedition ship being built for Russian operator Vodohod. The as-yet-unnamed ship, which was ordered last year, is scheduled to be delivered in 2021.