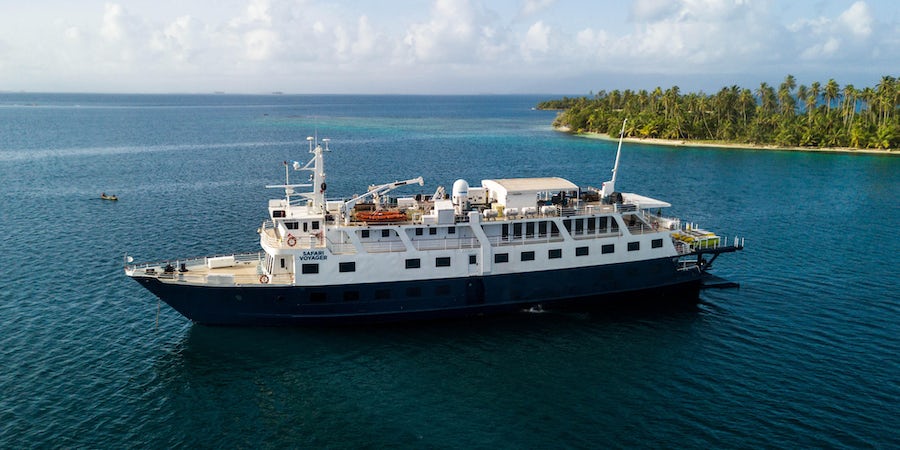 (10:30 a.m. EDT) -- A group of U.S.-flagged cruise operators – most with ships that carry fewer than 250 passengers and crew -- has banded together to differentiate itself from the rest of the cruise industry.

The cruise lines, which often compete against each other in Alaska and on U.S. rivers, are working together to advocate on their behalf, as U.S. federal authorities grapple with what types of companies will get bailouts during the growing COVID-19 pandemic.

Its singular purpose, UnCruise Adventures' CEO Dan Blanchard told Cruise Critic, is to keep these companies from being lumped into the broader definition of what constitutes a cruise line by the U.S. federal government -- an issue that has faced polarizing opinions due to a litany of complex tax and flag structures the larger industry operates under. The group was formed in the beginning of March, Blanchard said.

"The owners of Alaskan Dream have been in communication with Dan Blanchard at UnCruise almost weekly to discuss the challenges we're all facing as small-ship operators," Jamie Kennedy, director of marketing for Alaskan Dream Cruises told Cruise Critic. "As allies and leaders in the industry, it's been helpful to share information and check-in with each other."

But the coalition is about more than simply sharing information.

"With the unprecedented economic losses resulting from the COVID-19 pandemic, U.S.-based (U.S.-flagged and U.S.-crewed) overnight passenger vessels have banded together to present a united front to advocate for funds in the fourth stimulus package…" said John Waggoner, founder and CEO of American Queen Steamboat Company.

"Blount Small Ship Adventures’ participation in the coalition is an effort by our company to help the greater public, as well as our state and federal governments, understand the impacts that COVID-19 is having on our portion of the cruise line industry. All of the companies in the U.S. Overnight Passenger Vessel Coalition have U.S. built vessels, are U.S. based organizations, utilize U.S. crews, and most importantly are U.S.-flagged."

Hunter McIntosh, president of The Boat Company, put it more bluntly: "For far too long, the small ship tour operators in the United States have been overlooked and neglected by the greater industry as the red-headed stepchild."

The members of the U.S. Small Overnight Passenger Boat Operators Coalition differ dramatically from the larger cruise industry, mostly maintaining smaller fleets of two to a dozen or so ships with capacities ranging from less than 10 to about 500 passengers, with the majority holding less than 100.

But when it comes to losses, the smaller companies may be taking a bigger hit than their bigger cousins.

"The small ship group came together because many of us are losing our seasons," said The Boat Company's McIntosh. "The Boat Company has had to cancel our entire 2020 cruising season and has refunded well into seven figures in client refunds with zero help from the Federal Government or the banking community."

The Boat Company offers small-ship cruises to Alaska on its two-ship fleet. Both vessels hold 20 to 24 passengers with a crew of 12 to 13 and do not fall within the CDC's "no-sail" guidelines. Those guidelines include a ban on cruise ships over 250 passengers from operating in U.S. waters through late July.

But potential cruisers and the media don't seem to know the difference between the big-ship industry and the smaller, boutique operators based within the United States.

Decision makers in Washington, D.C. see the cruise industry and more specifically "our segment of the industry from a banking standpoint as extremely high-risk, making lending opportunities scarce," McIntosh said.

In response, the U.S. Small Overnight Passenger Boat Operators Coalition is advocating for increased visibility, awareness and aid. One of the cruise lines in the coalition, Lindblad Expeditions, did receive a $6.6 million Small Business Association loan from the CARES Act, for payroll costs.

"These orders have captured and threatened to swallow the small domestic U.S. flagged industry as collateral damage."

"There is a very real danger that without assistance from federal or state governments, this billion-dollar industry may not be able to recover for years to come," said Blount.

While a handful of small U.S-based operators have a few foreign-flagged vessels for operational reasons (some expedition ships are constructed in Europe, or flagged according to local regulations like those operating in the Galapagos), the vast majority of the coalition have fleets entirely flagged within the United States.

One point several of the executives Cruise Critic spoke with emphasized is that their cruise lines can still legally operate within the framework of guidelines established by the CDC.

"The bigger issue here is public perception,” Blanchard said. “We are fooling ourselves if we think… it isn't."

Each ship in the UnCruise fleet carries fewer than 250 passengers and crew. Based in Seattle, the cruise line follows the requirements that are required for ships to sail solely in U.S. waters, which includes legal stipulations to hire American crew and use vessels that were built in the U.S. The sole exception to this is the company's Safari Voyager, which operates primarily in Costa Rica and Panama.

"We could not risk being seen as a large ship operator," he said. "We've been able to ride off the marketing of the large ships in the past, and that's helped us. But now, we're guilty by association. In the case of UnCruise, we're much more aligned with the adventure travel world than we are with the big ship world."

Part of the Conversation

Blanchard said while he understands the CDC directives as they related to the larger cruise industry, the regulations -- coupled with the almost entirely negative coverage the industry has received from the mainstream media -- have America's small-ship operators feeling left out in the cold.

"There was no discussion about the small U.S-flagged industry by the federal government," Blanchard said. "We want them to understand our position so they don't just say 'all cruise ships' because there is a difference in the way we operate."

The group is working to ensure that government officials are educated about the domestic small-ship adventure and river cruise industry within the United States. Blanchard added this has been particularly important in states that have no connection to cruising, which assumed no cruise lines were paying taxes or employing U.S. citizens in any meaningful way.

Beyond Alaska, small ships have substantial business on the Mississippi River, in both larger cities such as New Orleans, Memphis and St. Paul, and smaller towns such as Vicksburg, Miss. and Hannibal, Mo.

"Over the last five years, the American Queen Steamboat Company has directly invested over $130 million dollars in U.S. shipyards," Waggoner said. "We were set to launch our fourth overnight paddlewheeler in April when the pandemic hit our economy and our operations."

That project alone was valued at over $50 million and was completed at a U.S. shipyard in Louisiana. Cruise lines that operate U.S-flagged ships are legally required to build their vessels in the United States.

"The U.S. passenger vessel industry is an important strategic piece in maintaining a robust and strategically significant U.S. shipbuilding capability and this is only one piece of how our industry contributes millions of dollars directly to the U.S. economy," Waggoner said.

Connecticut-based American Cruise Lines ACL, the largest U.S-flagged operator within the United States, has 12 ships operating 35 itineraries across 25 states from Alaska to the Mississippi River and the eastern seaboard. All ships in the fleet are owned, operated, constructed and crewed by Americans; the company has an affiliated shipyard in Maryland. The company plans to launch its 13th ship, American Jazz, in September, and two additional vessels in 2021.

“American Cruise Lines is proud to be the largest U.S. cruise line, and proud to have only small U.S. flagged ships," says Charles B. Robertson, president & CEO of American Cruise Lines. ""We deliver unique domestic cruise experiences, ones that are only possible on small ships."

"Despite this year’s unprecedented disruption, American is still building for the future," concluded American Cruise Lines' Robertson. "American..looks forward to cruising close to home with our guests again soon.”