You may also like
Dismiss
Coronavirus: Updated Cruise Ship Policies and Cancellations Because of COVID-19 (2021)
Just Back From Hurtigruten's Finnmarken: The First Cruise Ship to Set Sail, Post-Covid
Norwegian, Royal Caribbean Team Up To Create Cruise Health and Safety Protocols
Rolling Out the Deals: Why Now Might Be a Great Time to Book a Cruise
Wave Season Cruise Deals 2021
Live From Royal Caribbean's Odyssey of the Seas: Why You'll Never Be Bored on This Cruise Ship
Norwegian Breakaway Cruise Ship Returns To New York: We Chat With NCL President Harry Sommer
Cruise Bookings Remain Strong Despite Omicron, New Royal Caribbean Boss Says
MSC Cruises Extends Seasons of MSC Virtuosa Cruise Ship in the UK, MSC Bellissima in Dubai
Live from Grandeur of the Seas: The Beloved Lady G Cruise Ship Still Reigns 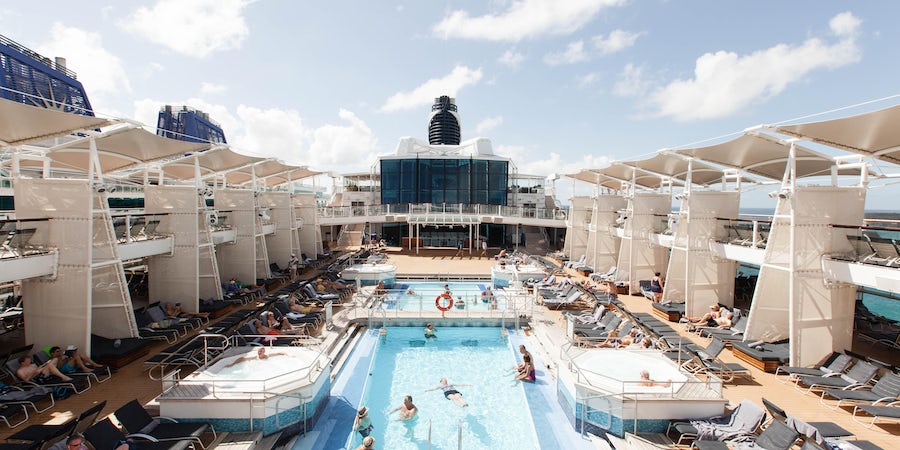 Cruise lines are being forced to cancel sailings due to the COVID-19 pandemic, and when they do, they typically offer booked passengers the choice between a full refund (to the original form of payment) or a future cruise credit (often for more than 100 percent of the original cruise fare, or with a bonus onboard credit added on).

Which option to choose isn't as easy of a decision as you might think. Should you take the certainty of cash or be tempted by "free money" to use toward a longer cruise or nicer cabin than you initially booked? Cruise Critic readers have been hotly debating the pros and cons of both options, weighing the risks of locking up money that might be put to better use now, considering what their own level of confidence in the cruise industry and specific cruise lines is, and mulling over how much of a gamble they are willing to take on cruise prices.

Here's what our readers are saying to help you make a decision, should your upcoming cruise be canceled.

Several readers report using future cruise credits to score a better cruise than the one canceled.

"We took the FCC and booked the same cruise for the same week next year, but upgraded to YC Yacht Club," says ADVentive.

FLcruisergrl had similar luck. "We got 150% FCC. We went from a 5 day cruise on the Norwegian Sun in an owner's suite to a 7 day cruise on the Jade in March 2021 in a 2 bedroom Haven suite. We paid for the entire cruise for 4 with pre-paid service charges, upgraded the WiFi and still have $2,300 left over."

"I have kicked myself many a time for not taking advantage of something when I had a chance," posts kittykat. "So I booked now -- instead of booking a spa balcony and a studio -- we booked an aft one bedroom penthouse suite in the Haven for the 3 of us, have $600 OBC and all our shore excursions paid for."

2. You want to show your support for the cruise line.

While no one knows what the future of travel will look like, many readers are taking the future cruise credit because they believe in the cruise industry and their favorite cruise line, and want to do their part to support them.

"I have three cruises booked later this year that I can apply the FCCs to," says billco. "I assume Princess provided that option because they need to hold on to as much cash as they can. Princess has provided a lot of good times and memories over the years. Hate to see them go bankrupt."

Mojogurued agrees: "Booking Celebrity Silhouette for March 2022 in AquaClass. I say stop worrying and calling about refunds and put your next sailings on the map, and show these shareholders that we're here and ready to sail after this lockdown. I'm not going anywhere, and that's how Celebrity will bounce back quicker  …."

If you booked your cruise with gift cards, points or another stand-in for real money, the cruise lines won't refund you in cash.

"I took the FCC only because I'm already indebted to Carnival, since my full cruise was paid with Carnival gift cards," says 1019throw.

Reasons to Take the Refund

Cruise Critic readers have many reasons for opting for a refund -- even folks who are bullish on the future of cruising and have plans to cruise again.

1. The terms of the future cruise credit offer aren't to your liking.

Some readers have found that the terms of the FCC offer, or the hassles of rebooking, are not worth the bonus money.

Says Ned11,"I took a cash refund over the FCC not because I think Royal Caribbean will go under, more because I had to pay another deposit and anything over and above the fare would be put to another cruise rather than OBC. I have already rebooked for the 6th December and am waiting for the refund."

Mstayman has two cruises booked, which impacted their choice. "We are requesting the refund from the March 15, 2020 Royal Caribbean canceled cruise and letting the July 4 'paid in full' cruise ride until we go or it is also canceled by RCI.  Having the possibility of 2 FCCs that are required to be used on separate cruising dates is not feasible for us."

Others made decisions based on how they interpreted the FCC terms because the fine print wasn't always clear.

VentureMan_2000 wrote, "I believe the FCC/OBC is only good towards a new cruise... not an existing cruise, which is why I selected a full refund.  Otherwise, I too would have I have moved it to my 3 existing cruises booked for 2021."

Other Carnival cruisers pointed out he had misinterpreted the terms, but VentureMan had already put in for the refund.

2. You're uncertain about your ability or desire to cruise in the future, especially on that particular line.

Many cruisers chose a refund because they didn't want to get locked into a cruise on a particular line within a particular timeframe as their next vacation. For many, the possible age and health restrictions that might be required by cruise lines are creating uncertainty about their ability to book a future cruise.

Upwarduk posted, "At age 78, it would be foolish to book another cruise for 2022. I do hope I will still be around and if I am, I will look at a late booking. Who knows how long Celebrity will keep the restriction of the doctor's note for the over 70's. At the moment I won't get one… due to multiple long term conditions."

New cruisers and folks who don't cruise that often also felt uncomfortable with locking in a cruise at this time. "We chose #2 the full refund option," said Karylrocks. "We don't cruise that often, and this was our first cruise booked on Princess. We will probably book again but possibly not before the expiration date of the credit."

Some simply wanted to keep their options open, or couldn't find what they wanted when thinking about rebooking using the future cruise credit. "We took the full refund because we don't know when we will be able to cruise again or if we will choose MSC when we book again," said abbflex.

"We had a week in Maui booked, followed by a 10 day Honolulu to Vancouver cruise on Carnival Spirit that was canceled. Carnival doesn't have that itinerary on their schedule anytime in the next two years," posted Cruisemom2. "The OBC was very tempting but my niece is getting married next year so unless we could fit a cruise in this year (and who knows when that could be) it just wasn't going to happen for the four of us. We decided to take the refund."

The comfort of cash on hand, either because cruisers needed the money or did not want to leave it to a company they saw as having an uncertain future, was the decision-maker for many.

Some travelers, like PrincessLuver, had expensive cruises booked. "We took Option #2 Princess' full refund offer because it was a 30 plus day cruise in a mini suite and it was over $16,000....did not trust what is going on and the 25% FCC will be a good chunk of change for another cruise if they are cruising at all the rest of this year."

"We have 2 more cruises already booked but want money back now for our March cruise," wrote Riffatsea. "Will deal with paying for future cruises when the dates get closer and we see what's happening at that time."

Others felt safer getting their money back out of fear that the cruise line might go out of business. WisconsinFran posted, "We went back and forth on which way to go. We ultimately decided to take the full refund because of a possible future bankruptcy."

Rolloman agreed: "How long will this no sail situation go? Right now it is 30 days, what if it becomes 60 days plus?  If it does extend to a longer duration, RCCL is in deep trouble, possibly bankruptcy trouble. If bankruptcy happens, you lose everything...so in summation, even though most of us will book another cruise with RCCL, taking the 125% future cruise credit is a roll of the dice."

Ocean Boy summed it up, "That is a nice credit but personally I am more comfortable with the money in my bank account than in RCI's account."

4. Cruise fares are high right now but might go down later.

While some cruisers took the FCC, rebooked and got a sweet deal, others found that high prices on 2021 sailings made the credit less valuable.

"I opted for refund over the OBC since the same cruise at any other time we could sail within the timeframe would have cost us more than $600 so it negated the bonus OBC," wrote Ceilidh1. "I WILL sail with Carnival again, but want to do it on my terms rather than theirs."

5. It's unclear when cruising will start up again.

Even cruisers eager to sail again took a refund because they simply did not know when cruising would restart and if their rebooked cruises would even go.

"There is too much uncertainty about future cruises," said Freeholdfriends, who chose the refund.

"If our Alaska cruise is cancelled (due to sail May 16th) we would go 100% refund," posted Roxievegas. "We still want to do the cruise, but I don't want to tie up the money with a future cruise not knowing if and when it will sail again. Our plan is to book something within a 30 - 60 day window and get the cheapest price we can and go."

Nic6318 agreed that booking a future cruise is a risk. "While I am fairly certain that cruising will endure and Carnival as a company will weather this storm, I would still feel that cruises scheduled for any time in the next (many) months are a gamble. Not in terms of anyone losing their money, but in terms of you not getting exactly what you planned for… That is why purchasing tickets for an event for Aug./Sep./Oct. is just speculative (gambling)."