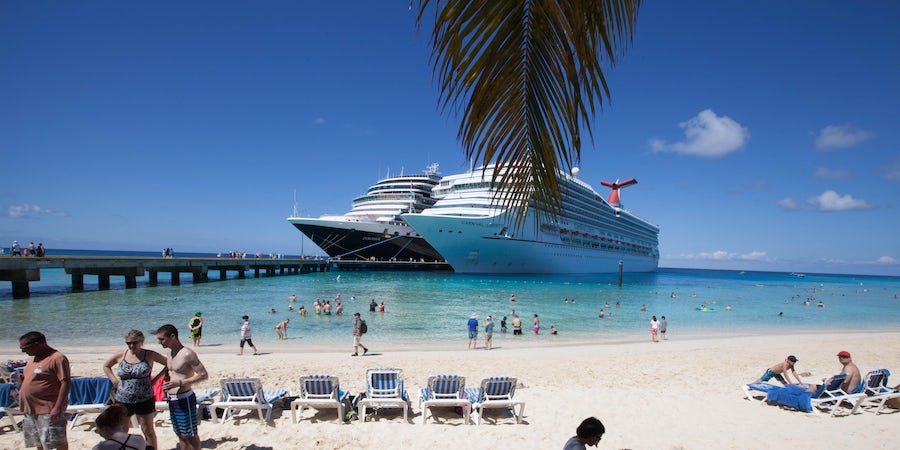 (12:50 p.m. EDT) -- The U.S. Centers for Disease Control has extended its "no sail" order on all cruise ships in U.S. waters until the COVID-19 pandemic is no longer a public health emergency.

The order, which extends the measures taken by the government agency March 14, appears to override the dates that cruise lines had announced they would be coming back -- generally between May 15 and the end of the June.

Other conditions upon which the "no sail" order could be ended early include the CDC Director rescinding or modifying the order "based on specific public health or other considerations" or the passage of 100 days from the date of publication in the Federal Register (April 9). Should 100 days expire and the COVID-19 pandemic still be an emergency, the CDC would have the option to extend the order.

The no sail extension order also layers in a series of new conditions cruise lines must meet before being allowed to operate in U.S. waters. The order applies to all ships carrying more than 250 people onboard, including both crew and passengers.

Some of the new requirements appear to be a response to the need for the U.S. Coast Guard and/or local health authorities to respond to cases of sick crew members onboard ships anchored off the coast of the United States. Crewmembers have tested positive for coronavirus or experiencing flu-like symptoms on at least 10 cruise ships in recent weeks, the CDC said, adding as many as 20 additional cruise ships at port or anchorage have suspected cases.

All in all, 100 cruise ships are at sea close to West Coast, East Coast and Gulf Coast ports with nearly 80,000 crew onboard.

The new CDC order will officially be published on April 15, and the 100 days mentioned in the order will start at that time.

In its order, the CDC also called for more robust planning in terms of the care of passengers and crew who get sick with COVID-19 onboard its ships. Such plans must meet several requirements set forth by the CDC, and no cruise line will be permitted to operate in waters that fall under the jurisdiction of the United States until those plans are received and approved by the CDC and implemented by the cruise lines.

Cruise lines have seven days from April 9 to submit and implement their plans. It is unclear in the order whether cruise lines could be given permission to resume sailing earlier than 100 days if they meet these requirements; Cruise Critic has reached out to the CDC for clarification.

Cruise lines must show how they propose to acquire staff and operationalize their plans with a minimal burden placed on U.S. federal, state or local government entities or healthcare systems. For instance, cruise lines' outbreak management plans must include the ability to provision and assist any affected cruise ship using industry resources, such as using other cruise ships to act as a hospital for the infected, a quarantine for the exposed and a residential ship for those providing care and treatment.

The requirements also include those previously announced by the CDC barring cruise lines from using domestic commercial airlines to transfer passengers or crew who have disembarked from a ship with suspected or confirmed COVID-19 cases onboard.

Other Operations Covered Under the No Sail Order

Among them: the disembarkation and re-embarkation of crew at any U.S port; the shifting of crew from one ship to another; moving anchor; or discharging waste. Cruise ships may engage in these activities only in consultation with the U.S. Department of Health & Human Services and the CDC, under the direction of the U.S. Coast Guard and as coordinated with relevant federal, state and local authorities.

The order does not prevent ships from taking on provisions, though this also must be done under the supervision of the U.S. Department of Health & Human Services and CDC or the U.S. Coast Guard.

Cruise Lines International Association (CLIA), which emphasized its 50-year history of collaborating with the CDC and the World Health Organization, expressed concern the CDC's decision to target a single industry.

"We value our relationship with the U.S. authorities and will continue to work with these important agencies in our shared commitment and priority for the health and safety of passengers and crew.

"We are, however, concerned about the unintended consequences of the order in singling out an industry that has been proactive in its escalation of health and sanitation protocols, including the aforementioned proposals mentioned in the CDC's order, as well as transparent in its reporting despite numerous challenges beyond the industry's control.

"While it's easy to focus on cruising because of its high profile, the fact is cruising is neither the source nor cause of the virus or its spread. What is different about the cruise industry is our reporting requirements. It would be a false assumption to connect a higher frequency in reporting to increased risk/frequency of infection."

Despite the CLIA's concerns, cruise lines are taking the order seriously and proactively figuring out how to address the new requirements.

"We are aware of the CDC order and are studying how best to respond to its provisions," Royal Caribbean Cruise Lines spokesman, Jonathan Fishman, told Cruise Critic, reiterating the company's global sailings are currently suspended through May 11, 2020.

Royal Caribbean is not alone in its global suspensions; all cruise lines had voluntarily taken their ships out of commission in mid-March for at least 30 days. The original suspensions have been extended on a line-by-line basis, as the coronavirus continues to be a worldwide health crisis.

"We voluntarily paused the launch of any new cruises several weeks ago," Roger Frizzell, a spokesman for Carnival Corporation said. "We continue to focus on our people, our guests and our operations during this difficult time."

Most cruise lines were able to get their passengers off voyages that were sailing within a few days or weeks of the start of the suspensions. Only a handful of cruises, all of which had set sail before the CDC issued its first no sail order, still have passengers onboard. Some of the more publicized cases, such as Holland America's Zaandam, are in the process of repatriating the last passengers from the ships.