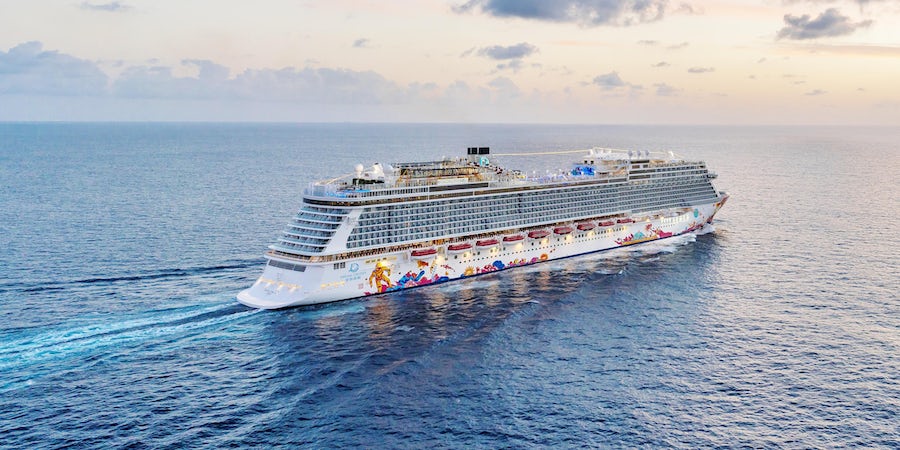 (1:45 p.m. EDT) -- A comprehensive set of new health protocols announced by Asian cruise company Genting Cruise Lines, which operates China-based Star Cruises and Dream Cruise Line, may offer a sneak peek into the future of health and safety practices of all cruise lines.

The new protocols cover everything from embarkation day boarding, onboard sanitation and crowd control to the elimination of self-service in the buffet and the requirement of a doctor's note for all cruisers over 70 years old.

Many of the preventative measures Genting will be rolling out were put in place by cruise lines around the world in the days leading up to the suspension of cruising. These include mandatory temperature screenings (including infrared screening at the entrance to the gangway) and pre-boarding health declarations, as well as the requirement for all passengers over the age of 70 to provide a doctor's certificate that they are fit to travel.

Globally, all CLIA-member cruise lines had already implemented temperature screenings and many were investing in a variety of touchless systems before the shutdown. However, only a few had implemented the requirement for a doctor's note, a somewhat controversial measure considering the numbers of cruisers who are over age 70 and the difficulty of obtaining such a note.

In order to cut down on large crowds, the company will also encourage guests to use the online check-in system, which assigns a designated boarding time, so that people arrive and board in a staggered fashion. New waiting areas will also be added in the terminals.

Genting cruise brands will increase the frequency and levels of sanitation and disinfecting: in the terminals and on the ship gangways, in public areas, as well as all food and beverage venues, and in passenger cabins. As with the pre-boarding health checks, this is something many cruise lines had already implemented and can be expected to continue when cruising resumes.

Elevators will be cleaned every two hours. High-touch features, such as handrails, doorknobs and tabletops, will be sterilized at least once an hour.

Areas such as the spa, theaters, kids club facilities, shops and recreational areas, will also see increased cleaning and sanitization, with the theaters sanitized before and after each show and kids' toys disinfected after every use.

Sanitizer dispensers will be positioned at the entrance to most public areas, with crewmembers stationed at key points to promote their usage.

All restaurants and bars, including the restaurant galleys, will be sanitized three times daily.

Specifically in cabins, crew will be mandated to do twice-daily wipe-downs; bathrooms will be cleaned with heavy-duty alkaline bathroom disinfectants, and a special solution will be used in drains to avoid clogged pipes to prevent bacterial growth.

Should passengers become sick, their cabin(s) will undergo additional cleaning and sterilization.

One of the most noticeable changes Genting will be making across its brands is the elimination of self-service in buffet restaurants. Instead, all food and drinks will be served by crewmembers wearing face masks and disposable gloves.

While some cruise lines have been without self-service buffets for some time, most of the big-ship lines have stuck with the practice, except during gastrointestinal outbreaks. While the global cruise industry could adopt this practice permanently, it is unclear how Western cruisers would react to servers wearing face masks, a practice that while common in Asia, is still not widely practiced in the Western world.

In all venues, passengers may also ask for disposable cutlery if they want extra security.

Genting will also make changes onboard to help reduce crowding, including limiting the capacity in most venues to half of what it was previously.

While such a change across the industry is possible, it is unclear where all the passengers would go if each lounge was reduced to partial capacity. Cruise lines would most likely need to put in more lounges or reduce the overall capacity to achieve these levels.

Tour buses used for Genting shore excursions will also be limited to half capacity.

In order to keep both passengers and crew safe, new standards and practices will be required of all crewmembers including twice-daily temperature checks. All public-facing crew will be required to wear face masks and all housekeeping and F&B workers will be need to wear disposable gloves.

Additionally, the movement of crews between ships will be limited.

Additionally, Genting will ensure there are isolation wards in its medical centers, which can be used in case an infectious disease is found onboard.

Doctors and nurses required to work in the isolation area will be provided with personal protection equipment.

The ships in Genting's Star Cruises range from 64 to 1,500 passengers, while Dream Cruises ships are much larger, ranging from 1,867 to 3,376 passengers.

Genting also operates Crystal Cruises, but these protocols do not apply to it.