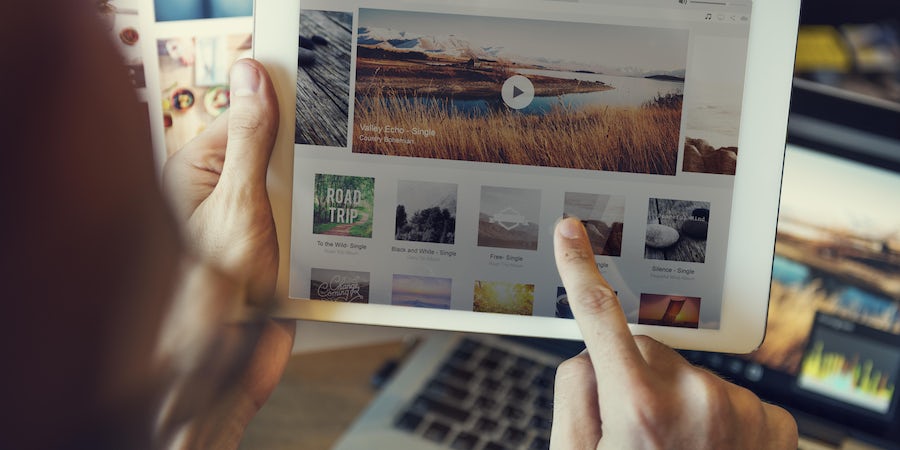 (Updated 3:02 p.m. EST) -- As the world continues to find unique ways to work around the restrictions imposed by the ongoing COVID-19 pandemic, cruise lines are providing a break from the stress and worry that many people might be feeling by introducing their own virtual cruise content, accessible from the comfort of your home.

Several lines, including Viking, Hurtigruten, Lindblad Expeditions and Holland America Line, have all rolled out new virtual content in recent days. A few, like Carnival, have older content that is suddenly becoming more relevant than ever before.

Alongside the announcement of Viking's first Mississippi river cruises due to launch in 2022, the river and ocean cruise line has launched

, which includes a range of virtual content that would rival Viking's own in-room on-demand television systems.

Segments include "Tor's Corner", where Viking chairman Torstein Hagen offers the latest coronavirus updates and messages; "Crew Messages", where familiar faces from the Viking shipboard teams offer a way for guests to see their favorite crew members; and "Guest Greetings," a special channel where passengers can send their salutations for Viking's crew using the video function on their smartphones.

Conversations with Karine and Friends will offer the ability for viewers to ask questions in real time. New schedules with guest speakers will be posted each Sunday, and will offer different themes each day, including Museum Mondays; Resident Historian Tuesdays; Wednesdays with Music; Guest Speaker Thursdays; Fridays at Home at Highclere Castle, and Wellness Weekends with the staff of the onboard LivNordic Spas.

Debuting on Sunday, April 5 at 3 p.m. ET, Crystal Cruises' new Crystal@Home programming offers a virtual voyage aboard the company's luxury vessels, with a full week of content that can be found online on the new

The schedule, which is always subject to change, includes features such as: "Destination of the Week", highlighting the various destinations around the world visited by Crystal's ships; a special "Storyteller Monday" segment, featuring the Crystal Storytellers podcast that the line debuted last year; "Wellness Wednesday," which offers tips on how to best workout from home courtesy of Crystal's certified fitness instructors; "Thirsty Thursday," which showcases the beverages served in the line's lounges and bars; "Friday Nights at the Galaxy," a live Facebook event taking place at 6 p.m. ET featuring entertainment from Crystal's onboard performers; and "Sail Away Saturday," which invites guests to share their favorite pictures and videos from their Crystal voyages using the hashtag #CrystalFamily.

, Lindblad Expeditions-National Geographic has been busy curating its very own "Virtual Expedition" – a weekly cruise that runs Monday through Friday. The program of activities changes daily and offers a virtual slideshow from guests, enrichment activities with Lindblad's expedition staff, a daily "Ahhh Moment" of nature and solitude, photo tips, and even a nightly Happy Hour recap at 6 p.m. ET.

Right now, the latter offers recipes that can be made right at home (a 'Nordic Negroni', anyone?), but soon Lindblad plans to expand this to include performances, presentations and personal appearances, too.

Norwegian cruise and ferry operator Hurtigruten has been promoting the television series "Hurtigurten: Minute by Minute," which originally aired on Norway's NRK broadcaster.

The journey -- a live coastal cruise from Bergen to Kirkenes filmed and aired in real-time in June 2011 -- lasts for 134 hours, or just under six days. A total of 11 cameras captured scenes onboard, from the bridge, and exterior views of the ship and Norway's rugged and beautiful coastline. The broadcast set a record for the longest live television documentary and is listed in the Guinness Book of World Records.

The broadcast, part of

Norway's "Slow Television" movement, can be viewed in its entirety here

Holland America Line is planning on bringing enriching cruise content into the homes of loyal cruisers with its new "HAL@Home" series. It launches with Holland America's Culinary Council member Chef Ethan Stowell as he makes one of his favorite pasta dishes via

In the coming weeks, Holland America plans to expand its HAL@Home offerings to include entertainment from the ship's onboard entertainment staff alongside cooking demonstrations, destination features, itinerary highlights, and other unique offerings that bring the cruise experience back home.

Royal Caribbean's Virtual of the Seas

Mornin’ World! New Cruise!! Welcome to back to back Cruising! (It’s a thing in case you didn’t know). Here’s your Day 1 Cruise Compass on @RoyalCaribbean #VirtualoftheSeas, brought to you by Cruise Director Abe Hughes! Keep...pushing...forward!! pic.twitter.com/3t4bkPjarK

Royal Caribbean cruise director Abe Hughes decided he'd launch his own cruise -- virtually -- complete with a Royal Caribbean Daily Compass for each day. What started as a one-week experiment last week has continued due to popular demand, with the second voyage of "Virtual of the Seas" setting sail March 30.

Daily programs offer up trivia, briefings on Facebook Live with Hughes, a Social Media sailaway where participants can post a picture of their at-home cocktails by tagging #VirtualOfTheSeas on social media, and other fun, interactive features.

Daily updates are provided on

In an effort to stay connected, virtually, luxury river cruise brand Uniworld is sending out favorite cocktail and dish recipes (via email) to keep cruisers company. The digital booklets contain loads of innovative recipes to attempt from home, from Uniworld chefs as well as Bea Tollman, president and founder of the Red Carnation Hotel Collection. These include elevated takes on comfort food from foie gras creme brulee to linguini with clams and zucchini to chicken soup. Wash it down with a coktail like a Dutch old fasioned or paprika mary.

Along with the recipes, comes

">a blog from Ellen Bettridge, president and CEO of Uniworld Cruises. The first edition includes an update on Uniworld and what cruisers have to look forward to once travel and cruise starts up again.

Silversea's "To the Curious" Collection

Luxury line Silversea is rolling out a new collection of virtual content it calls, "To The Curious". The new content will be rolled out over the next few weeks on the line's social media channels and in emails to past passengers, beginning with a journey around the world in 60 cocktails, presented by Silversea's bartender Alex who served aboard Silver Whisper.

Silversea notes that the first three of these cocktails are from the line's new S.A.L.T. (Sea And Land Taste) culinary program that will debut fully aboard the forthcoming Silver Moon when it launches later this year. These cocktails include the Boom Town; Rose City; and the appropriately-named Roll with the Punches. Video tutorials and new content can be found on

The line is also inviting past passengers to share the view from their window to the world on the company's Facebook page using the hashtag, #YearningToSailAgain. Currently, posters include Silversea's Chief Marketing Officer Barbara Muckermann from Monaco; S.A.L.T. contributor and culinary writer Adam Sachs from Brooklyn; and author and novelist Paul Theroux posting from Hawaii.

came out four years ago but still packs a tropical punch. Carnival's "Instant Caribbean Vacation" starts off on a sun-splashed beach in paradise before retuning to the pool deck of your Fun Ship for a trip down the waterslide, some time on the Lido; and sunset off the ship's stern while underway.

For those looking for even more cruise-related diversions, Cruise Critic has assembled a list of a number of exciting cruise activities that you can re-create at home.

Cruise & Maritime Voyages (CMV) has introduced a series of films to help you create the CMV experience in your own home during the lockdown, the first of which features the art of folding towels. One of the many experiences onboard CMV ships is to go back to the cabin after dinner and find your steward has prepared your bed and left a "towlie" behind! Watch the

P&O has launched cooking classes with Luke Mangan, its long-standing celebrity chef who manages Salt Grill on Pacific Dawn and Pacific Aria, as well as Luke’s poolside grill and A Taste of Salt on Pacific Explorer.

The first Monday meal was

has 15 episodes across three series.

The story follows two young girls -- Kelly and Kloe -- who spend time on board an MSC Cruises ship alongside their father, the Captain. The girls embark adventures filled with fun and mischief with their longsuffering butler and two cruise staff members in tow.

. The seven-episode series follows teenager Markus as he embarks on his first ever cruise -- however, his holiday turns into an unexpected adventure.

And you can keep the kids moving with MSC Cruises mascot, Doremi. And where he appears,

usually follows. Kids can now learn the song and its accompanying routine from home, keeping them moving and active.