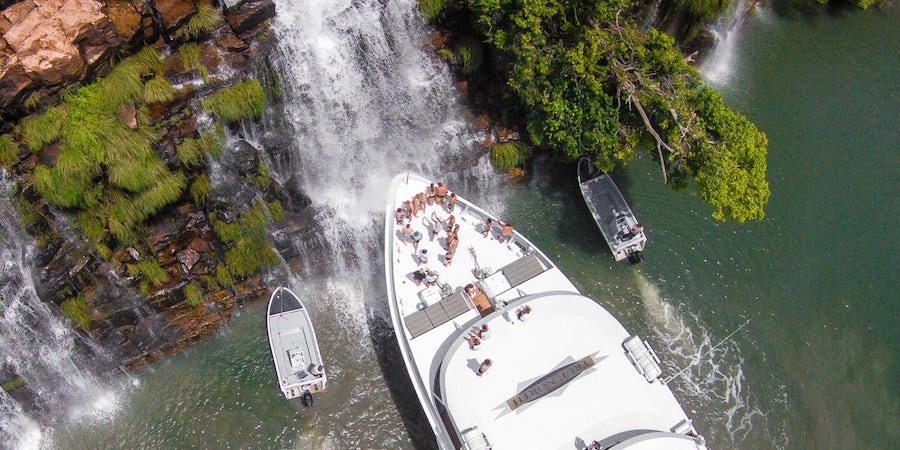 (12:46 p.m. AEST) -- Cruising the Kimberley was the last-chance possibility for many domestic cruisers. But border restrictions introduced by Western Australia's premier, Mark McGowan, have meant that interstate travellers are no longer able to board their booked cruises without first undergoing a mandatory 14-day isolation.

Premier McGowan is reportedly also considering a total border closure that would allow only WA residents to re-enter the state. In addition, last week the Australian Government imposed a national cruising ban until June 15.

Leading operator True North Adventure Cruises managed to complete its annual West Coast Explorer from Fremantle on March 5 as well as its sold-out Waterfalls itinerary. Refurbished this year, the 36-passenger True North arrived in Broome yesterday, March 30. The ship will then be laid up until June, by which time it is hoped restrictions may be lifted in time to complete the season.

Coral Expeditions also intends to resume cruising in June. "We will stand ready to operate from June, subject to prevailing government regulations and health considerations," the company states on its website.

A specialist cruise agency, which asked not to be named, told Cruise Critic that the difficulty was in managing cancellations and refunds.

“The cruise companies remain optimistic about resuming cruises after June or July but are understandably reluctant to commit to any dates," the agent said.

Ponant, which offers luxury Kimberley cruises, paused operations across its fleet from March 15 "until further notice".

Silversea is not scheduled to return to the region with Silver Explorer until 2021.

We will continue to update the status of the Kimberley cruise season as new information comes to hand.