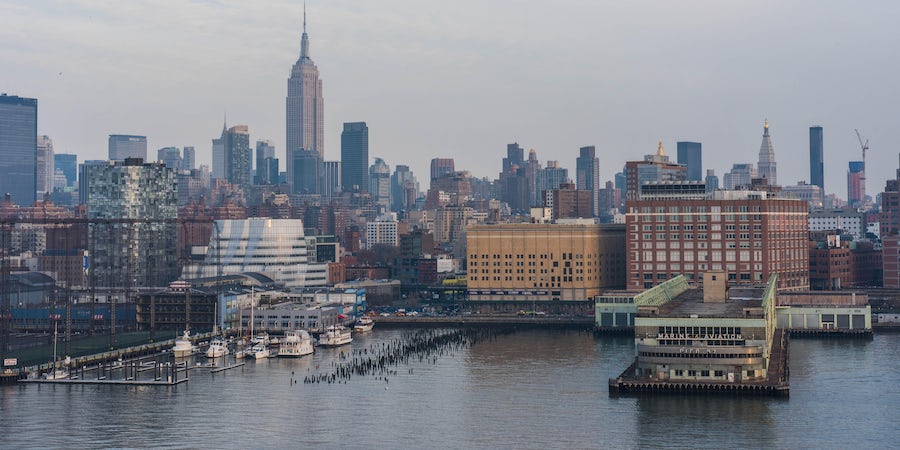 (3:10 p.m. EDT) -- Some U.S. homeports with cruise terminal facilities are making use of their space as short-term hospitals to aid in the COVID-19 medical effort. This follows the announcement last week that Carnival Corporation is making cruise ships available for use as temporary hospitals, if the government needs them.In New York, both the Manhattan and Brooklyn cruise terminals have been scouted as locations where patients not affected by COVID-19 can receive care, freeing up traditional hospital beds for those with the virus.The USNS Comfort, a 1,000-bed Navy hospital ship also used after the 9/11 terrorist attacks, docked today at Pier 90 in the Manhattan Cruise Terminal. According to Cruise Industry News, the ship is planned to stay on a minimum of 14 days. The ship also houses 12 operating rooms and a medical laboratory.

Less than 2 miles away, the Jacob K. Javits Convention Center has been converted into a 3,000-bed field hospital with the help of the Army Corp. of Engineers.In a press conference Friday, New York Governor Andrew Cuomo also announced that the 200,000-square-foot Brooklyn Cruise Terminal is being considered as a temporary hospital location for that borough. During its regular operation, the Brooklyn Cruise Terminal in Red Hook is the turnaround port for Cunard's Queen Mary 2, famous for its historic transatlantic crossings into the United Kingdom. On the west coast, the Port of Seattle is designating portions of Terminal 46, a brand-new cruise terminal still under development, for use by the U.S. Army and its forthcoming field hospital. "In response to the COVID-19 health crisis, The Port of Seattle and The Northwest Seaport Alliance (NWSA) will make sections of Terminal 46 available for trailers, container equipment and storage needs in support of the U.S. Army's Field Hospital 10, which is to be setup this coming week at Century Link Exhibition Center," said Port of Tacoma Commissioner John McCarthy and Port of Seattle Commissioner Peter Steinbrueck, Port commission presidents and co-chairs of The Northwest Seaport Alliance, in a news release."The NWSA's approved licensee to operate cargo operations at T-46, Foss Maritime, is uniquely situated and qualified to work with military, hospital, health, and other stakeholders to provide the necessary services as requested. We greatly value the opportunity to work with all entities to protect the health and safety of our region during this time of crisis. The temporary hospital facilities will be for Non-COVID patients."In California, another 1,000-bed hospital ship, USNS Mercy, arrived at the World Cruise Terminal at the Port of San Pedro in downtown Los Angeles on Friday, March 27. Like Seattle and New York, the ship has been made available to treat patients without COVID-19, and helps by increasing medical staff to tackle the increase in hospital patients. Typically, the west coast would be ramping up for Alaska cruise season, which kicks off in April. With the Port of Seattle closed indefinitely and Canadian ports provisionally closed until July 1, Alaska cruise season has been delayed by a minimum of three months. For the latest COVID-19 coverage, visit us here.