You may also like
Dismiss
Coronavirus: Updated Cruise Ship Policies and Cancellations Because of COVID-19 (2021)
Maine Opens to Overnight Cruises, Negative COVID-19 Test Required
Foreign Office Eases Travel Exemption for 67 Countries, Paving Way for European Cruises
Foreign Office Revises Advice on Cruising, Rivers Now Exempt
In Industry Step Forward, CDC Seeks Public Comment On Cruise Resumption
Rolling Out the Deals: Why Now Might Be a Great Time to Book a Cruise
Norwegian Breakaway Cruise Ship Returns To New York: We Chat With NCL President Harry Sommer
Royal Caribbean Poised to Restart Cruise Operations at Labadee
Australian Cruise Industry Welcomes Talks with Government as Restart Date Pushed Back Again
These Ships Are Coming Back To The U.S. in 2022: Here’s Why You Should Care 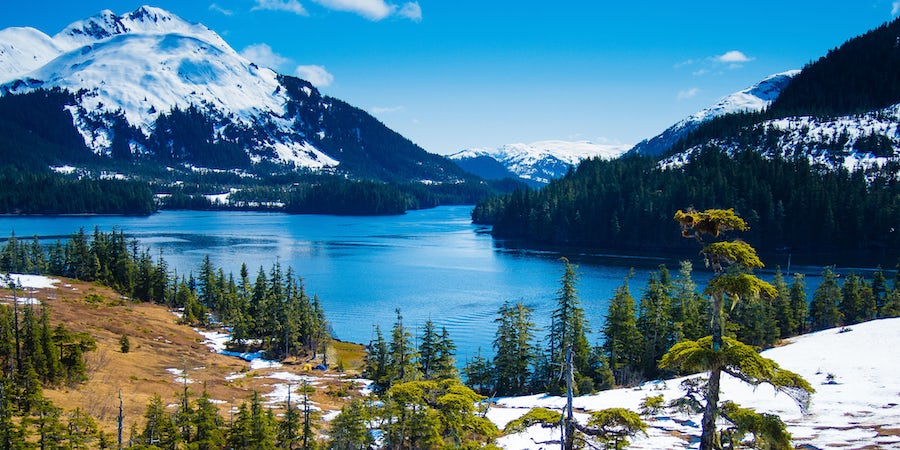 Most Alaska Cruises Delayed Until At Least July

(1:35 p.m. EDT) – With the COVID-19 coronavirus outbreak affecting countries around the globe, the 2020 Alaska cruise season -- typically April through September -- is facing serious setbacks as Alaska, British Columbia and Washington State grapple with the growing pandemic.

Royal Caribbean and Celebrity Cruises have both announced that they will delay the start of their 2020 Alaska cruise season until July 1, 2020. This follows guidelines issued by Transport Canada barring all cruise ships over 500 people (passengers and crew included) from docking at Canadian ports of call until July 1.

Alaska's Glacier Bay National Park & Preserve -- a staple scenic sailing inclusion on many itineraries -- has also announced it will close to visitors until July 1. A statement issued by the National Park Service indicates that Canada's ban on cruise ship traffic and the closure of the United States-Canada border to nonessential travel were both factors in the decision.

"It is increasingly clear that park visitation will be extremely low at this time, which allows park staff time to prepare and put in place procedures to mitigate risk of viral transmission between parties," says park superintendent Philip Hooge. "Some park functions and visitor services we have offered in the past might not be doable at this time."

Washington State is currently grappling with more than 2,400 confirmed cases of COVID-19 that have led to sweeping quarantine and social distancing measures across the region. In response, the Port of Seattle has postponed cruises leaving from Smith Cove and Bell Street cruise terminals until the coronavirus public health emergency is over.

"At a time when Washington State Governor Inslee has ordered all Washingtonians to 'Stay Home, Stay Healthy,' we must consider public health and safety above all else," said Port of Seattle commission president Peter Steinbrueck.  "The eventual return of our cruise season is something we fully expect as an important contribution to living wage jobs, local small businesses, and our region's economic recovery.  We also recognize the critical role Seattle cruise plays in supporting the Alaska economy for over 20 years."

Port of Vancouver Closed Through June 30

The Port of Vancouver, which typically sees an abundance of roundtrip and one-way cruise traffic to and from Alaska from its iconic Canada Place cruise terminal (between April and October), stated that it would continue to monitor the situation. Transport Canada is set to re-evaluate its decision on the cruise ship ban on June 30.

"The safety of passengers and guests who visit Canada Place is extremely important to us," says a statement on the Port of Vancouver's cruise website. "We will continue to be in discussions with our cruise line partners over the next few months, as we actively monitor the Canadian and international response to this extraordinary circumstance."

The cruise ship season in Vancouver contributes $3 million (Canadian) to the local economy for every vessel that turns around at Canada Place. Last year, more than one million passengers came to Vancouver aboard 288 individual ship calls.

In Seattle, each vessel turnaround supports an estimated $4.2 million in economic benefits for the region.

In both British Columbia and Washington State, local suppliers like seafood and produce companies, florists, farmers, vineyards, and a variety of technical marine support industries (like garbage offloading, fuel bunkering, and pilot and tug services) routinely support ships during the Alaska cruise season and stand to be affected by the downturn, as well.

Many ports of call in Alaska rely heavily on the tourism revenue generated by the cruise industry. In Southeast Alaska, where most of the marquee ports like Juneau, Skagway, Sitka and Ketchikan are located, 11,950 local jobs were directly or indirectly provided by cruise tourism in 2017. In the Southcentral region (Whittier and Anchorage), tourism employment rises to 20,700 local jobs.

Alaska was expecting roughly 1.44 million visitors to the region this year, sailing aboard 43 cruise ships making 606 voyages. Cruisers account for more than half of Alaska's summer visitors, and this season was expected to bring an estimated $793 million in visitor spending to Alaska, according to a

As of this writing, Holland America Line and Princess Cruises -- the two cruise lines with the most ships scheduled to sail to Alaska this season -- have not yet altered their Alaska cruise schedules.

This story will be updated with more information as it becomes available.