You may also like
Dismiss
Live from Louisiana: Details on American Queen Steamboat Company's New Cruise Ships
Just Back From a Great Lakes Cruise on Victory I: First Impressions and What's Still to Come
After the Storm: What Cruisers Should Know About the Bahamas and Hurricane Dorian
Which Cruise Ships Will Be Scrapped Or Taken Out of Service Because of the COVID-19 Pandemic?
American Queen Steamboat Company, Victory Cruise Lines to Require COVID-19 Vaccines
American Queen's John Waggoner Calls Vaccines 'The New Norm' in Travel
Ships Ahoy! A Weekly Round-Up Of Worldwide Cruise Ship News
P&O Cruises to Restart UK Cruising in June for Vaccinated Residents Only
P&O Cruises Restarts Cruising For First Time in 15 Months on Britannia
It's Official: Australian Government Lifts Two-Year Cruise Ban, Lines Confirm New 2022 Programs 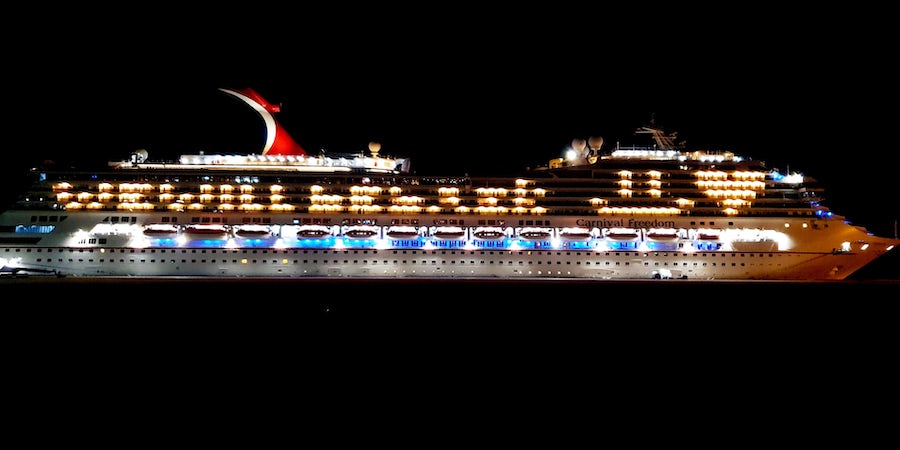 What Are Cruise Lines Doing With Their Empty Ships?

(Updated 11:43 a.m. EDT) -- Most cruise lines have voluntarily suspended their operations through May, and in some cases further out.

But now that virtually all cruising has ceased and ships are either docked in ports around the world or idling at sea, what are lines doing with them?

Carnival Corporation and Saga Cruises have offered to turn their fleets into floating hospitals; while American Queen Steamboat Company and Victory Cruise Lines have offered their fleet to house quarantined U.S. military personnel.

Here is a glimpse of what cruise lines are doing with their empty ships.

AQSC and Victory Cruise Lines are in talks with the Federal Government to explore ways in which their ships could house quarantined miltary personnel.

A statement from the line read:

"American Queen Steamboat Company (AQSC) and Victory Cruise Lines (VCL) are currently exploring ways to work with the US Federal Government for their usage of our vessels. The vessels would house US Military personnel that are under quarantine, as they have either arrived from a foreign country or will be departing shortly for a foreign country.

"Cities where the AQSC and VCL vessels could potentially be stationed include Seattle, San Diego, St. Louis, New Orleans, Norfolk and Miami. AQSC and VCL would be pleased to assist the Federal Government during this crisis, and our six vessels are readily available and on standby."

Bahamas Paradise Cruise Line has offered up both its ships, Grand Celebration and Grand Classica, to the government for health services and temporary housing needs.

Princess Cruises: Princess Cruises sent out a positive message -- one that was entirely crew-led," when workers onboard Sky Princess spelled out "#WeWillBeBack" in cabin lights.

The line is also calling at Princess Cays for crew to enjoy the private island and allowing all crew to use the main pool deck.

Holland America Line: What started with five HAL ships anchored around Grand Bahama Island sounding their horn has now extended to other lines.

HAL's Instagram account states: "Each night at 7:30 p.m. ET, all of the ships anchored around Grand Bahama Island -- including five HAL ships -- are sounding their horns at the same time in solidarity, letting the world know that we are strong, safe and healthy onboard, and we are thinking of everyone. #HopeFloats"

“On March 20th we started something special," said Captain Kate in her Instagram post. "With ships from different companies congregating in the same "neighborhood" it was a perfect opportunity to celebrate our solidarity. As a sign that we're all in this and we'll get through it together, we invite all ships, (currently with over 250,000 crew members onboard around the globe), to join in a horn salute at 7:30 every evening going forward.

"We sound our horns, to let our crew and the world know that while we are strong, safe, and healthy on board, we are thinking of those at home and hoping the same for them. Until our safe returns to our home ports, we wish them fair winds and following seas."

In addition, the officers and crew of Rotterdam came together to thank medical professionals and first responders who are working around the clock, in a tribute onboard the ship.

Carnival Cruise Line: Carnival is lighting up all its ships with the "We Will Be Back" message. The process of figuring out which cabins to light up required a coordination between land operations and those at sea, according to Stephan Christoffersson, the company's vice president of housekeeping.

In Australia, the poignant promise lit up Carnival Spirit, docked opposite the Sydney Opera House, which is now closed.

"The crew takes a great deal of pride in their jobs, and this project in particular has extra important meaning to them," he said. "More than anything our crew members want everyone to know that they are doing well and can't wait to get back to the business of creating memories."

In a continued show of support for the UK's NHS and key workers, P&O Cruises' Arcadia, Aurora and Oceana all sounded their horns while docked in Dover.

Genting will be using two ships, SuperStar Aquarius and SuperStar Gemini, as temporary housing for foreign workers in Singapore who have recovered from COVID-19, in conjunction with the government of Singapore.

“On behalf of Genting Cruise Lines, we thank the Singapore government for their confidence in our ships to pioneer such an important initiative for the country and the region during these challenging times. Singapore has been our homeport for over 26 years and we are proud to extend our support with SuperStar Gemini, as well as SuperStar Aquarius that had recently arrived in Singapore,” said Michael Goh, President of Dream Cruises and Head of International Sales, Genting Cruise Lines.