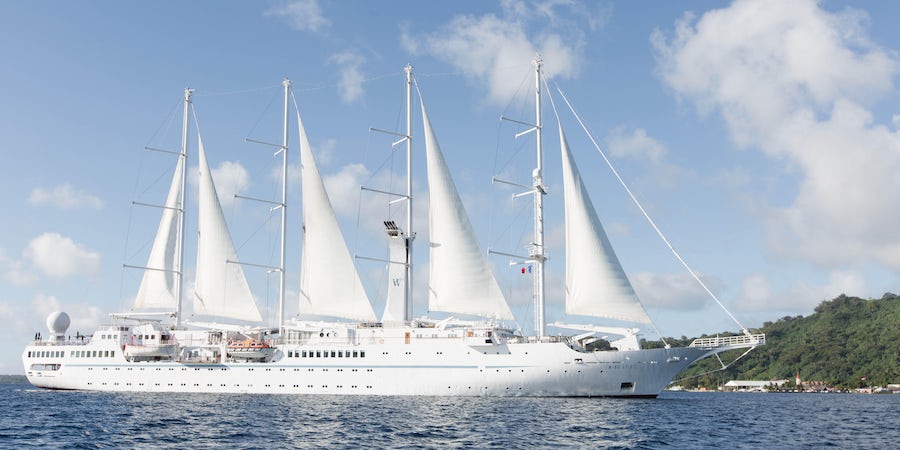 (Updated 3:38 p.m. EDT) -- Windstar Cruises has announced it will extend its operational suspensions until September, with the majority of its fleet returning on a staggered basis -- though a few vessels won't return to service until well into 2021.

Windstar will resume operations on September 3, 2020 aboard the 148-passenger Wind Spirit in Tahiti. The rest of the fleet resumes operations beginning in the fall, with Star Breeze on October 27, 2020 in the Mediterranean before heading to the Caribbean to start sailings originally slated to operate aboard sister-ships Star Legend and Star Pride.

THe 342-passenger Wind Surf will be entering service in the Caribbean on November 29, 2020.

The rest of the fleet resumes operations in 2021, starting with Wind Star on January 16, 2021 in Costa Rica and Panama. Star Legend will not resume sailing until March 1, 2021 due to shipyard delays with its drydock caused by the COVID-19 coronavirus pandemic. The 312-passenger Star Pride resumes service July 5, 2021 in Northern Europe.

Some sailings on both Star Legend and Star Pride will be cancelled, while others will be picked up by Star Breeze and Star Legend.

“We have taken extraordinary measures to operate our yachts safely,” said Xanterra and Windstar Cruises CEO Andrew Todd. “While we look forward to welcoming guests aboard again, we believe this further suspension of operations is the responsible action to take. We have laid plans for a resumption of small ship cruising beginning in September.”

Cruisers on canceled cruises will have the choice of a future cruise credit valued at 125 percent of all monies paid to Windstar Cruises or a refund equal to the amount paid on the Windstar booking once the FCC is issued. Passengers will have 24 months to book and sail with their FCC.

Windstar states that its reservations team is reviewing all affected bookings and will send a letter outlining details to guests with cancelled cruises and also to those with only a change in which Star class ship they’ll be aboard due to drydock delays with Star Breeze, Star Pride and Star Legend. Windstar notes it appreciates the patience and understanding of passengers and travel advisors during this process.