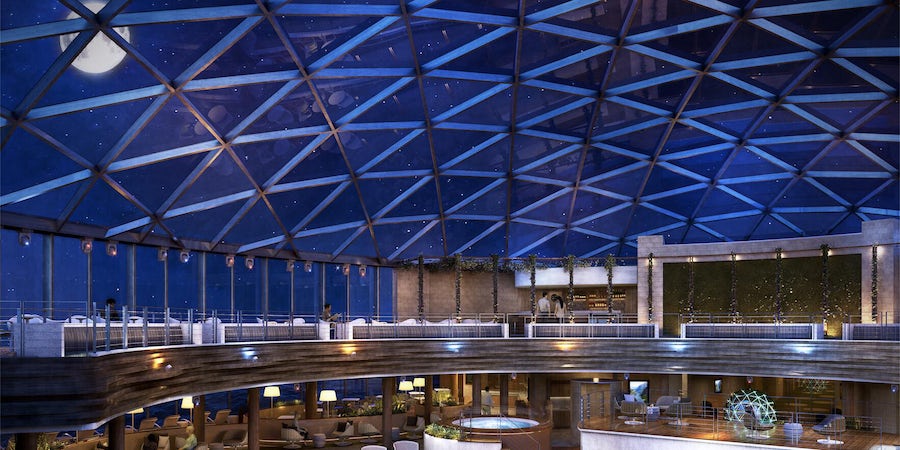 (2:30 p.m. GMT) -- P&O Cruises has revealed the entertainment onboard its new flagship Iona will feature a trio of high-flying aerial shows.

Staged in the all-new SkyDome venue, the three shows -- entitled "Rise", "Triboo" and "Dream" -- will be performed in the round and give passengers close-up views of the acrobatic performances set to music.

They have been created in partnership with the Canadian entertainment company Creativa and will be among the highlights during the 5,200-passenger flagship's maiden season. Two further shows, "Virtuosi" and "Spark" are already being planned for the vessel's second season.

"Not only will SkyDome provide exceptional panoramic views of the destinations Iona will be visiting, including the Norwegian Fjords, we are also taking advantage of this spectacular area to create stunning specially commissioned aerial entertainment shows."

Iona, the largest ship ever built for the UK market, will be named in Southampton on July 4 and the christening will be followed by the "Ionafest" music festival at sea, with stars including P&O's new brand ambassador Gary Barlow, The Script, Pixie Lott, Clean Bandit and Blur's Alex James. They will perform during a seven-night Norwegian fjords cruise setting sail after the ceremony.

Iona "floated out" at the Meyer Werft shipyard in Papenburg, Germany, in February 2020.

The float out -- when the ship first touches water -- is a key milestone in the construction of a cruise ship and in keeping with maritime tradition is the point at which the ship officially has a name.

Once completed, the ship will sail to the Norwegian Fjords for its inaugural season from May 2020, followed by itineraries to France, Spain and Portugal for winter 2020/2021.