You may also like
Dismiss
Coronavirus: Updated Cruise Ship Policies and Cancellations Because of COVID-19 (2021)
The Majestic Line Set to be First Cruise Line to Restart Cruising in the UK
Rolling Out the Deals: Why Now Might Be a Great Time to Book a Cruise
Live From MSC Cruises' MSC Grandiosa: What's it Like Sailing on a Big Ship in the COVID Era?
Royal Caribbean's Anthem of the Seas Cruise Ship to be Based in Southampton in 2021
Live From Royal Caribbean's Odyssey of the Seas: Why You'll Never Be Bored on This Cruise Ship
Norwegian Breakaway Cruise Ship Returns To New York: We Chat With NCL President Harry Sommer
"Cruising With…" Set to Return Next Year -- But Without Jane McDonald
MSC Cruises Extends Seasons of MSC Virtuosa Cruise Ship in the UK, MSC Bellissima in Dubai 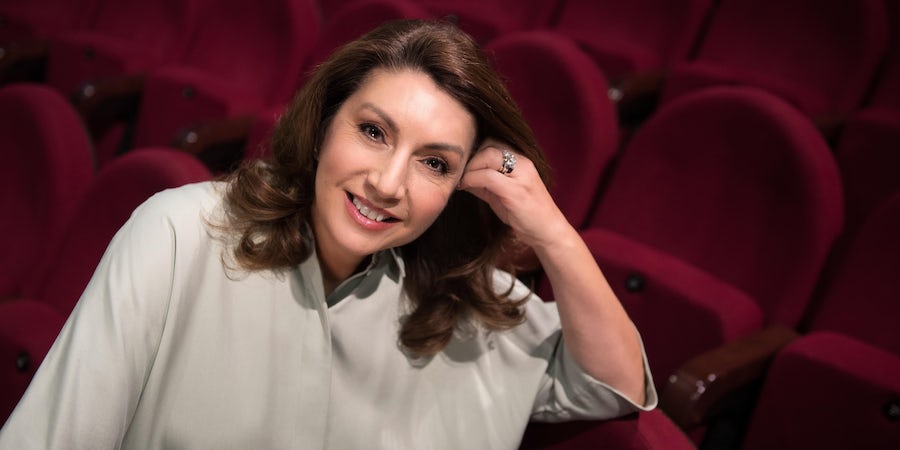 (1 p.m. GMT) -- Jane McDonald has revealed she is set to step away from popular Channel 5 TV show, "Cruising with Jane McDonald", after four and a half years fronting the Bafta-award-winning series.

By now you will have seen the news about me stepping away from my shows on Channel 5. It’s been an incredible four and a half years of travelling, 38 Cruises and over 100 flights. It’s now time for me to... READ ON > https://t.co/pVnxI3tMGf pic.twitter.com/k5Tsmza98y

In a statement, Jane McDonald said: "By now you will have seen the news about me stepping away from my shows on Channel 5. It’s been an incredible four and a half years of travelling, 38 Cruises and over 100 flights. It’s now time for me to spend some time in the UK, concentrate on my music and tours and exciting new projects.

"I want to offer my most sincere thanks to everyone who has worked on all my shows. Everyone at Channel 5 and Viacom International Studios who have all helped make the most incredible and successful programmes.

"It’s been a total joy to work with everyone and thank you very much to everyone who has watched and supported the shows. I have had a blast!"

McDonald burst onto TV screens in 1998 as a singer in one of the very first docusoaps, BBC’s "The Cruise", which followed the life of crew onboard Celebrity Galaxy (now Marella Explorer) in the Caribbean.

Following this, she went onto tour the UK, release several top 10 albums and become a panellist on ITV’s "Loose Women" before relaunching her career in cruising.

"Cruising with Jane McDonald" started out in 2017 and has gone on to popularise cruising with audience figures topping 2.4 million.

The first series saw the star experience four different types of cruises in different regions of the world. She has since travelled on MSC Cruises, Viking Cruises, Celestyal Cruises, Princess Cruises, Holland America Line, Uniworld, Silversea, Majestic Line and Oceania Cruises, among others.

The seventh and most recent series of “Cruising with Jane McDonald” aired in November 2019, which saw her visit North America’s Great Lakes onboard Victory Cruise Lines’ Victory II; Oceania's Marina in the Western Mediterranean; APT's AmaVerde on the Danube and Silversea's Silver Shadow in the Adriatic.

Fans of Jane McDonald can also sail away with the star on a special charter cruise onboard Royal Caribbean’s 4,500-passenger Anthem of the Seas on September 20, 2020. The seven-night cruise departs Southampton and will call in at Cherbourg, France; Vigo, Spain; and Lisbon, Portugal.