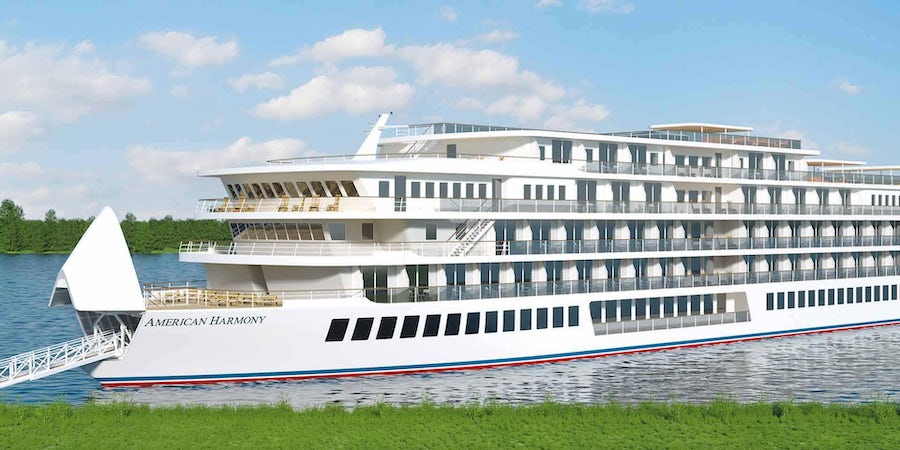 (9:15 a.m. EST) – American Cruise Lines will construct two additional riverboats in time for the 2021 season. The two new vessels -- which will be sister ships to American Harmony and American Jazz -- are already under construction at the Chesapeake Shipbuilding yard in Salisbury, Maryland.

The as-yet-unnamed riverboats will follow the forthcoming American Jazz, which debuts this year in New Orleans. Both new riverboats will reflect the modern style and design set forth by American Cruise Line's American Song, which set sail in 2018.

The vessel and its subsequent fleetmates eschewed the more traditional paddlewheel-style riverboats that has dominated the American waterways for decades.  The second ship in the series, American Harmony, debuted in 2019. The line aims to have a fleet of 14 ships by 2021, spread across both coastal and river vessels.

"These new ships show our continued commitment to leading the Mississippi River cruise market," said Charles B. Robertson, president & CEO of American Cruise Lines. "The American fleet is already unrivaled and the new riverboats will allow us to continue to roll out innovative amenities that enhance guest experiences.” All three new ships are being built at Chesapeake Shipbuilding in Salisbury, Maryland, an affiliate of American Cruise Lines.